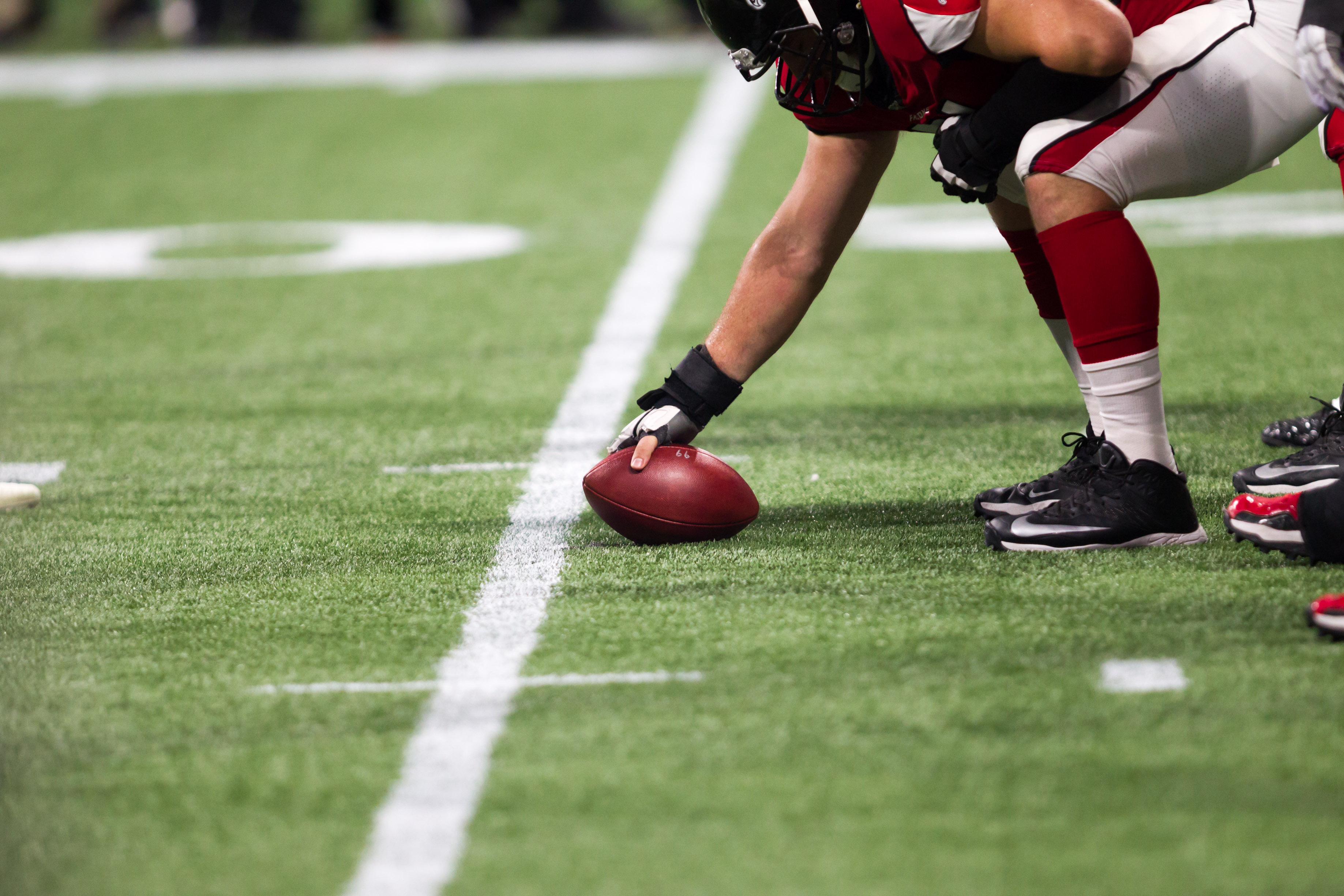 Can NFL Players Get Pregnant?

The voice of the British People has been heard and it’s saying (puts an ear up to a little teabag), “Please, just make it stop. We don’t care how. We’re just so tired.”

Which is to say: Prime Minister Boris Johnson secured a stunning reelection last night in a landslide victory at the polls. (And, after skimming the headlines yesterday, I’m pretty sure dogs in Britain can vote.)

Johnson’s Conservatives won 364 seats, the biggest victory since Margaret Thatcher was re-elected for a third term and people still thought denim jackets were a good idea (1987. And don’t email me about your denim jacket. God made some fabrics for legs only).

Johnson ran an almost stupidly simple reelection campaign. While the opposition pretended they were in a normal election and talked about “issues” and “policies,” Johnson’s campaign can be boiled down to just three words.

In the week preceding the election, the tiny windswept man appeared in a number of wacky publicity stunts, knocking down a wall with a bulldozer and boxing with gloves emblazoned with the slogan “Get Brexit Done.” 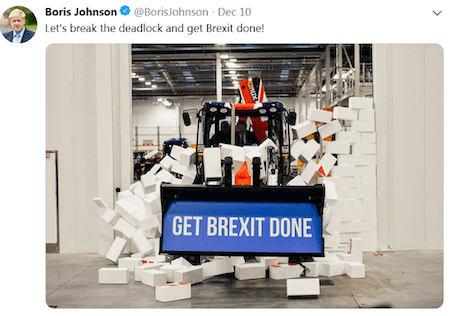 I hope you like bulldozers, because this is going to be every political campaign form now on.

And that worked apparently.

“This election means that getting Brexit done is now the irrefutable, irresistible unarguable decision of the British people,” Johnson said in his victory speech.

“We politicians have squandered this three years in squabbles about Brexit. I will put an end to all of that nonsense and we will get Brexit done on time by the 31st of January.

“No ifs, no buts, no maybes. Leaving the European Union as one United Kingdom, taking back control of our laws, borders, money, our trade, immigration system, delivering on the democratic mandate of the people.”

Jeremy Corbyn’s labor party won just 203 seats in the election, it’s worst showing since Italy invaded Ethiopia (1935. When you go past a certain point in history all the notable events aren’t quite as fun).

In his victory speech, Johnson belied fears that his government would privatize Britain’s health service, the NHS, and promised to hire an additional 50,000 nurses and 6,000 doctors.

“I’ve heard it loud and clear from every corner of the country that the overwhelming priority of the British people now is that we should focus above all on the NHS,” said Johnson.

With an overwhelming majority, Johnson is free to ram through Brexit on January 31. But, despite what Boris Johnson’s bulldozer might say, Brexit will be far from “done” on that date.

Britain will technically be out of the EU, but Johnson will still have to go through the arduous process of drawing up a new trade agreement with the EU.

This process could take all next year (or longer, if the last three years have been any indication) and is subject to approval by the EU.

Still, investors were overjoyed to see anything that looks like certainty in these uncertain times. London-listed companies surged, bringing European stock markets within two points of a record high hit in 2015. 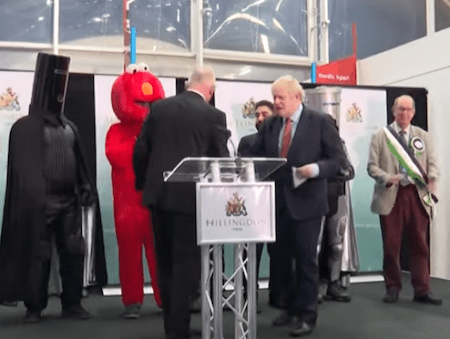 On the same day of Johnson’s landslide election, we got our own taste of economic certainty back in the States. (But investors’ are finding the aftertaste kinda grody.)

After months of dicey negotiations and dunking on each other in the media, President Trump has signed off on a limited “phase one” trade agreement with China.

The president met with his top economic and trade advisors last night to discuss the terms of the deal. And according to one loose-lipped advisor, Trump is hella jazzed about the agreement.

The Director of the Center on Chinese Strategy Michael Pillsbury (Who’s belly you should not poke, under any circumstances. Whitehouse HR has already spoken to you twice, Martha) confirmed some of the details of the phase-one deal which were leaked to the WSJ yesterday.

The U.S. will roll back existing tariffs rates and cancel the new levies scheduled to go into effect at 12.01 a.m. (the magic hour where no calories count towards your diet) this Sunday. In return, China will buy $50 billion worth of farm stuff next year, as well as energy and other goods.

Breaking: As we were writing this story (and be “we” I mean I), the president officially announced the agreement on Twitter, as Chinese officials briefed reporters in Beijing.

“The Penalty Tariffs set for December 15th will not be charged because of the fact that we made the deal,” the president tweeted. (The President Tweeted is going to be the name of the book I write about this administration. Don’t steal it. Or do. Writing a book is a pain in the ass.)

“We will begin negotiations on the Phase Two Deal immediately, rather than waiting until after the 2020 Election.”

The Dow rose 150 points this morning in a brief moment of trade optimism. But the markets flattened out as the details of the agreement emerged and investors didn’t get quite what they looking for.

Hey there, sports fans! We’ve got some red-hot sports news coming down the pipeline for ya this icy Friday in mid-December. (And by sports news I mean a bunch of crimes that are somewhat sports adjacent.)

The Department of Justice has charged 10 former NFL players over a scheme to defraud millions of dollars from the league’s healthcare benefits program.

According to the DOJ, the players submitted false and fraudulent claims for a bunch of super-expensive medical equipment, including hyperbaric oxygen chambers, cryotherapy machines, and ultrasound machines (“I want to look at the inside of my tum tum, coach.”)

They were able to get away with it because apparently, the NFL’s benefits program is like an honor system where nobody checks if you’re actually are buying and using all this crap.

“The defendants are alleged to have developed and executed a fraudulent scheme to undermine a health care benefit plan established by the NFL — one established to help their former teammates and colleagues pay for legitimate medical expenses,” said U.S. Attorney Robert M. Duncan, Jr., for the Eastern District of Kentucky.

“The defendants allegedly submitted false claims to the plan and obtained money for expensive medical equipment that was never purchased or received, depriving that plan of valuable resources to help others meet their medical needs.” 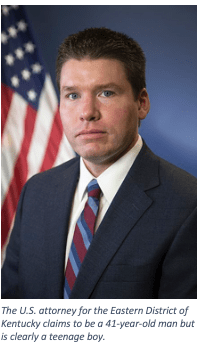 The DOJ told reporters it was alerted to the scheme by Cigna, who noticed “anomalies” in the claims filed by players. (Anomalies like a baby-looking-at machine for home use.)

Ten indictments have been made so far but the department says the investigation is ongoing and others may be charged in the future.

The charges include healthcare fraud, wire fraud, and conspiracy. If convicted, the maximum sentence is 20 years (or six times the average NFL career). 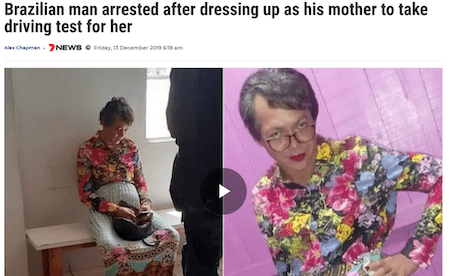 The FCC is Just a Doormat for ISPs

Your internet probably isn’t as fast as you think it is.

I mean, it’s exactly as fast as it seems to be. But in terms of megaburgers and gigaberts, you may not be getting what your ISP says you are, according to a report by the WSJ.

Every year the FCC conducts a test to gauge if ISPs are meeting the speeds they claim. But the WSJ report alleges that ISPs have an unusual amount of control over the test and several avenues for juicing their scores.

For one, the FCC tells ISPs which specific houses they’ll be testing. Engineers who have worked at these companies say this allows them to juice the service for these homes, give them blistering fast internet, and game the test.

Even when unfavorable data makes it to the FCC, the ISPs can push to have it expunged from the actual published report. Major providers can block out specific houses with slow ass internet, blaming faulty or outdated equipment.

Last year, AT&T didn’t like the numbers for their DSL download speed. So it pushed the FCC to omit that figure (and the FCC was more than happy to oblige).

“How can you go to the party who controls the information and say, ‘please give me information that may implicate you?’” Tom Wheeler, a former FCC chairman, told the WSJ.

With this cherry-picked data in tow, the 2018 report concluded that “for most of the major broadband providers that were tested, measured download speeds were 100% or better of advertised speeds during the peak hours.”

However, six users tested their internet speed for The Wall Street Journal and found their speeds to be much lower than those promised by their speed plans.

Tim Wu, a Columbia University professor, told the WSJ the FCC’s approach was akin to measuring the speed of a car after getting rid of traffic. “If you want to get an idea of what Americans are experiencing, that’s a totally different story,” he said.