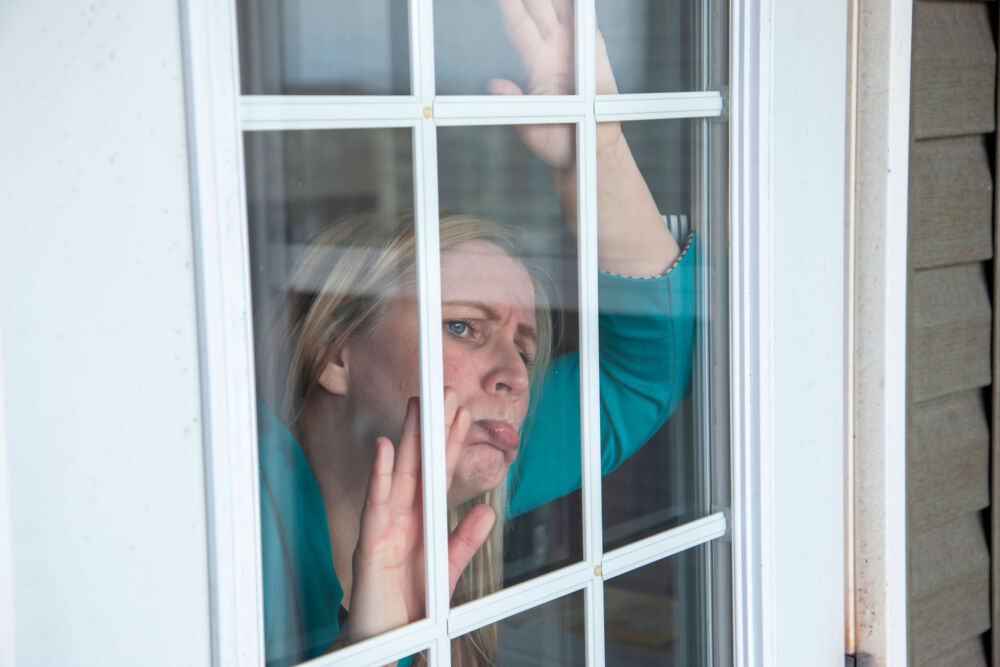 A Bad Idea, For Many Reasons

One of my absolute favorite ideas for softening the economic impact of the coronavirus was “hey, what if we just let everyone over 65 die and we can go back to work?”

I mean, you really have to be working with some top–level equipment up there in the brain department to come up with “just pushing our elders into a mass grave and getting back to business.”

Notable proponents of this “strategy” were Texas Lt. Governor Dan Patrick, who said that the elderly should be willing to die to help the economy, and Glenn Beck, who encouraged older folks to return to work even if it meant they might get sick and die.

The general idea behind this Einsteinian thinking is that 80% of COVID–19 deaths in the US are people 65 and older, according to the CDC. And since folks over 65 only represent only 7% of the overall workforce… well, it won’t be great if they all keel over and die, but we’ll manage.

Now, it’s not that I don’t love the idea of allowing some of my favorite people in the world to die, but I’m going to take exception with some of the math here. (Math! Exciting!)

The post–senior world these folks are pitching may not be the booming economic utopia you’d imagine.

For one, that measly 7% of the US workforce represents about 11 million workers. The US didn’t always have that many folks over 65 gutting chicken and hocking raw kombucha (the only two jobs in 2020). But with millions of older Americans unable to afford retirement, they’re forced to keep working well into their sixties and seventies.

However, taking that 7% figure at face value can be deceptive. Because that’s 7% of the workforce averaged across all industries. But you know seniors aren’t equally participating in all industries, right? (I’m pretty sure 7% of Baltimore Ravens aren’t over 65.)

You might be surprised to know that some (pretty useful) professions are actually mostly older dudes and dudettes pushing out their retirement so we can have doctors and stuff.

Yup. As of the most recent figures, 43% percent of all physicians are age 55 or older. And those numbers spike dramatically, and lean older, when you start breaking doctors into their various specializations.

Percentages of doctors 65 and older in the US are:

Now, obviously wiping out whole sectors of a medical profession wouldn’t be an especially dope idea, considering we as a nation are amid a decades–long doctor shortage. But other than all the numbers stuff, I think sacrificing the lives of our older population is just a bad idea, like, in general.

Not that it wouldn’t be very heavy metal to be remembered as the generation that decimated the one that raised it. But there’s got to be something better than that. Diet sodas and drone strikes?

I dunno, we can work on it.

As states reopen and we go back to work, older workers across all industries — who have no choice but to work or risk losing their job and potential health benefits — will need to be protected from the virus.

Which, in many cases, just isn’t happening, folks. (If you want good news, go pester that Krasinski guy.)

State and federal workplace safety agencies have received dozens of complaints alleging that older workers aren’t being protected from the coronavirus in the workplace.

Workplaces like the JBS beef processing plant in Greeley, Colorado, where they’re living the Dan Patrick dream. Thus far, six employees at the plant over the age of 60 have died from the virus, according to an investigation by the Wall Street Journal.

JBS has since taken extra measures to protect its older workforce, who make up 11% of employees. But that’s a bit like closing the barn door after the cows have died from COVID–19.

RV maker Thor Industries reported a growing number of first–time buyers, vacationers forced to “stay–at–home” who taken the home on the road.

The company, named for the Norse god of thunder and recreational vehicles, says customers are buying RVs to travel while social distancing and use as mobile offices.

“Every North American dealer I have spoken to in the last few weeks has been very excited about the pace at which sales are picking up,” Chief Executive Bob Martin told the Wall Street Journal.

“Many of our dealers are reporting a significant improvement in sales from April to May and are excited about the sales potential for June and beyond.”

Thor said its sales have been growing weekly since May, when RV dealers around the US were allowed to reopen their doors and start selling their rolling torture boxes once again. (I’d rather be locked in one of the torture puzzles from Saw than take another family vacation in an RV.)

Thor also claims there’s a new trend of folks renting RVs to use as rolling offices, because I guess anything is better than being stuck at home with the kids for another month.

“One new trend we are seeing is an evolution from ‘work at home’ to ‘work from anywhere,’ as RV buyers use their new RVs as their office wherever they are,” Martin told the WSJ, desperately trying to make ‘work from anywhere’ a thing.

According to a survey by SunTrust Robinson Humphrey, between 40% and 50% of rolling fart boxes sold during May were purchased by first–time buyers, compared with pre–pandemic figures of 30% to 35%.

Shares of Thor (THO) surged nearly 14% after the report was released, and finished off the day up 11.14%.

Airbnb saw a surge in local bookings, as thirsty vacationers desperately seek out refuge in anywhere other than their home right now.

According to the sleep in some lady’s spare room company, vacationers still aren’t comfortable getting on a plane with 200 wet, breathing mouths and some guy’s emotional support llama. But the company says it’s seen a massive boost in domestic bookings.

“People, after having been stuck in their homes for a few months, do want to get out of their houses; that’s really, really clear,” Airbnb CEO Brian Chesky said in an interview with Bloomberg.

“But they don’t necessarily want to get on an airplane and are not yet comfortable leaving their countries.”

Before the ass fell out of our planet, Airbnb bookings within 200 miles made up just a third of total bookings. By the time May rolled around, folks suffering from a bad case of the cabin feav would rather be locked in disused public toilets than their own living room, and local bookings surged to more than 50%.

According to Chesky (a former bodybuilder with the sad eyes of a cow in a slaughterhouse), vacationing in a post–COVID world is shifting “from airplane to car, big city to small location, hotel to home.”

At the same time, trips are becoming more impulsive, as the norm of vacations planned months in advance gives way to last–minute trips to “anywhere but here” booked a week or even the day before.

In fact, Airbnb recorded more bookings for US listings between May 17 and June 3 than the same period in 2019.

With that said, this “rebound” is likely a reflection of months of pent–up demand being released all at once and will do little to offset the enormous debt put in the company’s financials by the bad thing that happened that I’m not talking about anymore.

Airbnb cut a quarter of its workforce last month and Chesky says he expects the revenue from this hell year to be at least half of 2019’s haul.

2020 GDP Will Be Worse Than Great Recession

The total value of goods and services produced in the United States, like raw kombucha and raw–kombucha massages, will fall 5.9% in 2020, according to economists surveyed by the National Association for Business Economics (NABE).

The panel of 48 forecasters predicted the economy would experience the sharpest decline since the post–WWII crash, due to a recession caused by, you know, the thing.

The NABEy Babies said they expect the April–June quarter GDP to tank a record 33.5% on the year previous. Which is unsurprising, given that we all just kind stopped doing anything for a while there.

The panel predicts strong growth in the second half of the year with a booming expansion of 9.1% in the July–September quarter. But at the end of the year, we’ll be left with about 5.9% of shrinkage.

To put that into some (probably unwanted) perspective, during the 2008 financial crisis, GDP fell just 4.3%. And everyone agrees that kinda sucked.

The panel predicts 2021 will bring GDP growth of 3.6%. But if a second wave of the virus breaks out, they reserve the right to toss that prediction in the trash.

“Eighty–seven percent of panelists view a second wave of COVID–19 as the greatest downside risk through 2020,”

said Eugenio Aleman, the chair of the outlook panel, noting that 51% panelists see a working vaccine as the greatest hope for economic recovery.