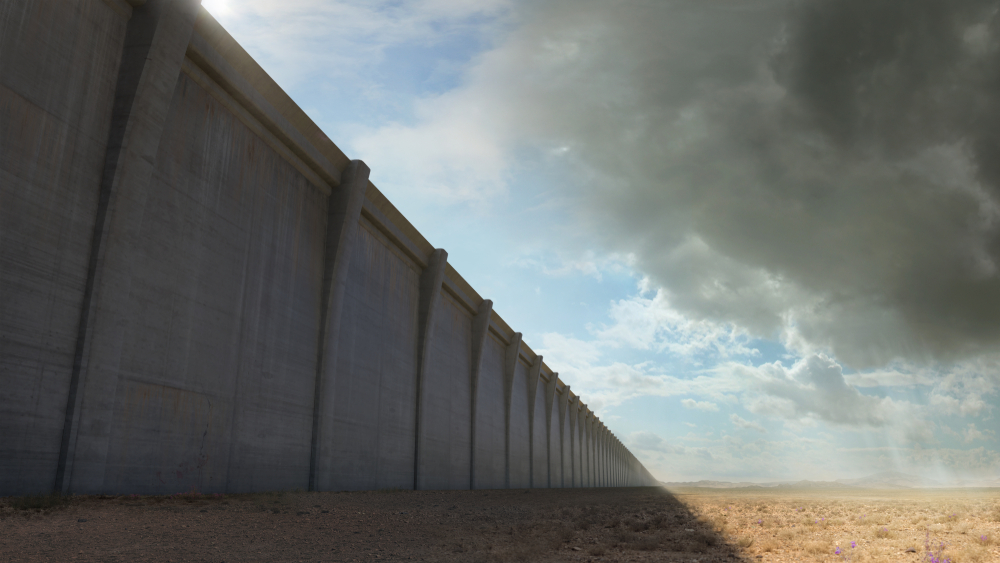 Build the Wall... With Cannabis?

The Ride of the Unicorns

Lyft beats Uber to the punch with IPO announcement

Lyft is the eternal to Pepsi to Uber’s Coca-Cola.

The Tonto. The Sancho Panza. The second fiddle that will always be synonymous with its bigger, more successful brother.

But over the weekend, Lyft briefly stepped out of its competitor’s shadow to become the first major rideshare company to file for IPO. The move comes ahead of reports that Uber is planning to do the same later this year.

Sources have told Reuters that Lyft expects to be valued at between $20 billion and $25 billion in its IPO. Which, if true, would make Lyft a very rare thing indeed — a decacorn.

Fantastic Profits and Where to Find Them: You’ve probably heard of a unicorn — a privately held startup company valued at over $1 billion. (Also a horse with a horn on its head but that’s not what we’re talking about today.) A decacorn on the other hand is a unicorn that’s valued over $10 billion.

But before you go out and buy a saddle, you should know that it wasn’t all good news for Lyft this weekend. In filing its IPO, Lyft had to disclose its earnings — which included $911 million in losses for 2019.

Meanwhile, Uber, which is a much larger and more diversified company, will take several more weeks to prepare its IPO filings.

Since Uber first made a splash in San Francisco 2009, it’s expanded to 400 cities in over 60 countries across the world… and it’s already made its investor billions.

I presume you’re not one of those investors. Unless you’re one of Silicon Valley’s privileged insiders, you hadn’t a snowball’s chance in hell at a pre-IPO investment.

Y’know, the IPO game has always been rigged against the little guys like us. But if they know what to look for, even regular investors can profit off blockbuster IPOs with a little something called a backdoor play.

Finding a true-blue backdoor play is tricky. If it wasn’t, everybody would be doing it. But I was recently talking with entrepreneur and investor James Altucher and he confident he’s locked down a genuine backdoor play for Uber.

You can read all about his crazy strategy and how to do it here. But I wouldn’t wait too long. With Uber’s IPO on the horizon, the timing is going to be crucial for this.

Sugar and spice and all things nice, that’s what little girls are made of.

That’s what Elon Musk is made of.

For the past eight years, NASA has relied on Russia to taxi their astronauts up to the station. Which worked fine as short-term solution.

But what if a war started with Russia and our astronauts were still up on the ISS? Do you think they’d give our guys and gals a lift home?

Rather than build their own shuttle, NASA awarded two private contracts — one to SpaceX and another to Boeing.

Boeing’s first crewless test flight is scheduled for next month. While Musk thinks the Dragon will be ready for a manned flight later this year.

Investor’s Note: It’s unlikely SpaceX will be going public anytime soon… if at all. In the past, Musk has said that his biggest fear was that SpaceX would be taken over by greedy investors who would risk a trip to mars. Google’s parent company Alphabet (NASDAQ:GOOG) has a stake of 7.5% in SpaceX, making it the closest thing to investing in the only company that wants to go to mars.

Also yesterday, because he didn’t have enough on his plate with a spaceship launch, Musk announced Tesla’s Model Y crossover SUV.

This is kind of a big deal, since Tesla (NASDAQ: TSLA) has only released four other cars since the company was founded in 2003.

The Model Y will be officially unveiled on March 14 at Tesla’s design studio in Los Angeles. Musk said the SUV will be 10% bigger than the Model 3 and cost about 10% more.

Getting in Trouble for Saying Dumb Stuff on Twitter

Last October, Musk found himself in hot water with the FCC when he tweeted that he was “considering taking Tesla private at $420. Funding secured.”

Allegedly, Musk was making a hilarious joke about smoking weed. But to the FCC, it looked a lot like Musk was fraudulently inflating Tesla’s price — funny weed joke or not.

The FCC forced Musk to step down as Tesla chairman. And said in its legal filing that Tesla should take steps to muzzle Musk and review all his social media messages before he smashes that send button.

This was in direct violation of the deal Elon took from the SEC in October. So, on Monday last week, the SEC asked a federal judge to hold Tesla CEO Elon Musk in contempt for violating a settlement deal.

Despite the Model Y announcement, Tesla’s stock (NASDAQ: TSLA) dropped 3% this morning after Elon revealed that Tesla would not turn a profit this quarter.

Eccentric Genius or Certified Ding Dong? What’s your read on this Musk guy? Is he a really a genius entrepreneur? Or just a wacky opportunist who lucked into a fortune? Click here to send me an email and tell me what you really think.

Trump and Family Under Investigation

Could this be the start of the democrat’s impeachment process?

Hot on the heels of Michael Cohen’s performance last week, Democrats have launched a sprawling probe of President Trump’s family, campaign, and administration.

In a statement, Chairman Jerrold Nadler (D-N.Y.) of the House Judiciary Committee said:

“Investigating these threats to the rule of law is an obligation of Congress and a core function of the House Judiciary Committee. We have seen the damage done to our democratic institutions in the two years that the Congress refused to conduct responsible oversight. Congress must provide a check on abuses of power.”

With Mueller scheduled to release his final report later this week, it looks like the Dems are ramping up for impeachment — which has the folks on Wall Street shaking in their Oxfords.

By midday today, the Dow had dropped more than 400 points. And remember, just six months after the Nixon tapes were discussed in the Supreme Court, the DOW had tumbled 17%. It slipped a further 9% when Nixon finally resigned and didn’t recover for another eight months.

The real question is: do the Dems have the backbone to impeach Trump? And would it even be a good idea?

Impeachment will not happen, but it will be much discussed and threatened. It’s just part of the daily barrage aimed at Trump from Democrats, weak Republicans, and the media.

The reality is that impeachment proceedings would make Trump more popular, not less, and Pelosi knows it. Trump thrives on adversity. His attitude to impeachment is “bring it on.” The Democrats won’t take the bait but they will posture on this for the next year until the primaries begin in January 2020.

That’s what our expert says. But I want to know what you think. Is this the start of the impeachment process? Or is Trump as untouchable as he thinks he is?

Email me and let me know.

But was this a purely economic move? Or did the president have an ulterior motive?

Could this all have been part of his master plan… to build the wall?

I won’t pretend to know the inner workings of Mr. Trump’s mind. But a coalition of the president’s allies took a trip down to the southern border in early February… and they think hemp is the answer to all the president’s problems.

Steve Bannon, former political strategist to the Trump campaign, is leading the charge in a fundraising campaign to privately fund the border wall. And in just one month, Bannon managed to raise $20 million in small donations.

But Bannon doesn’t want to build just any wall. He’s locked onto an oddball alternative that comes completely out of left field… and could save the country millions of dollars.

Bannon wants to build Trump’s wall out of hempcrete.

“I’m obsessed with the hempcrete,” he told VICE News at a fundraiser in Arizona. “I think this plant has got tremendous entrepreneurial aspects to it, and it’s innovative.”

Hempcrete is a concrete substitute made with a mixture of hemp and lime. It’s a green alternative that hippies have been building their houses out for years. But it hasn’t seen much use in the U.S. because of the prohibitively high cost.

But that all changed when Donald Trump legalized hemp production in the U.S. last December. As production of U.S.-grown hemp ramps up, those costs are going to come way down.

At these new prices, it’s estimated a hempcrete wall would cost $2.5 million per mile, compared to an estimated $4 million a mile for concrete. Over the 2,000 miles of border, that’s a saving of about $3 billion.

This might seem like strange gambit coming from Bannon. But he’s banking that a low-cost, green wall might be just the ticket to win over Dems and establish some bipartisan support.

Former Kansas Secretary of State Kris Kobach is working with Bannon to secure funding for the wall. And reportedly, Kobach has discussed the project with President Trump who has given it his unofficial blessing.

Of course, there’s no way Bannon and Kobach could secure the billions of dollars they need to build the whole wall privately. But if they can build a section of the wall, and demonstrate the viability and cost-effectiveness of a hempcrete solution, there’s no telling what could happen.

Our researchers are watching this story closely. But we want to know what you think? Should Trump build the wall out of cannabis?

Here’s where we’d normally hear from you.

But since this is the first issue there’s not much to see… yet.

Let’s fix that. Click to send me your emails and let’s start the conversation.