Wireless speaker-maker Sonos sued its #formerbestfriend Google yesterday, accusing the porn-indexing giant of stealing its wireless tech and infringing on at least five of its patents.

Sonos and Google have been business chums since 2013, when the two companies agreed to work together to develop a totally bumpin’ wireless, home-music experience.

At the time, it seemed like a match made in douchey-guy-who-wants-to-show-you-his-sound-system Heaven:

Naïve, innocent Sonos, as pure as the driven snow, even showed Google the schematics for its speakers and wireless tech in 2013 (because Google asked nicely and he’s such a chill dude, he would never do me dirty, bro).

Then in 2015, Google started making its own wireless speakers. Which was awkward for everyone involved but not illegal on its own.

In its lawsuit, filed yesterday at the U.S. District Court in Los Angeles, Sonos alleges Google abused their working relationship to steal its totally dope multi-room wireless tech and infringed on its way-rad, very cool patents.

“Google has been blatantly and knowingly copying our patented technology in creating its audio products,” Sonos CEO Patrick Spence said in a statement Tuesday.

The lawsuit also states that Google caused “significant damage” to the company by flooding the market with cheap alternatives to Sonos’s speakers. Sonos’s cheapest speaker clocks in at $200, while Google’s entry-level speaker is just $50 and is almost always available for cheaper on sale.

Every Google speaker in a home is a data-gathering device that feeds Google reams of information on your shopping habits, advertising susceptibility, and the weird noises you make when you’re alone in the house (just me?).

This stuff is like gold to Google. Before Christmas, those jerks tried to give me a free Google Home just because I have a Spotify subscription. The only reason Google doesn’t walk up to a Walmart parking lot and hand out free speakers is because it would look pretty suss.

Today, Sonos, who built the market for wireless home speakers from scratch, has given up the majority of its market share to Amazon and Google. In a single quarter, and with hardly any effort, Google sells about as many speakers as Sonos does in an entire year.

In response to the lawsuit, a Google spokesman said that the feewings of the $962-billion company were hurt by Sonos’s accusations and it was “disappointed that Sonos brought these lawsuits instead of continuing negotiations in good faith.”

Yet, according to the lawsuit, Sonos has been politely asking Google to stop stealing its tech “in good faith” since 2016. But the majority of Sonos’s concerns have gone ignored by the search giant, who, like my wife, wields all the power in the relationship.

Sonos is seeking financial compensation, as well as a ban on the sale of Google’s speakers, smartphones, and laptops in the U.S.

Sonos, who is still in a partnership with Google, has everything to lose here. Its speakers run on Google’s proprietary creepy voice-activation system. And the company depends on Google’s advertising infrastructure to market its devices.

But if you’re going to take a crack at the big man, now, more than ever before, may be the right time.

In recent years, public sentiment on Big Tech has soured, not least because of a series of privacy scandals surrounding their creepy little listening devices. And Google is currently under a broad investigation for antitrust violations, which directly supports Sonos’s case.

Still, the price of Sonos’s shares dropped 2.4% this morning, as investors blinked in the face of a prolonged lawsuit against one of the largest, most powerful companies in the world.

The assault, launched in the early hours of Wednesday morning local time, marks an escalation in the U.S.-Iran conflict and may be the domino that triggers to an all-out war in the region.

But, hey, bitcoin’s going up. So that’s something, I guess? 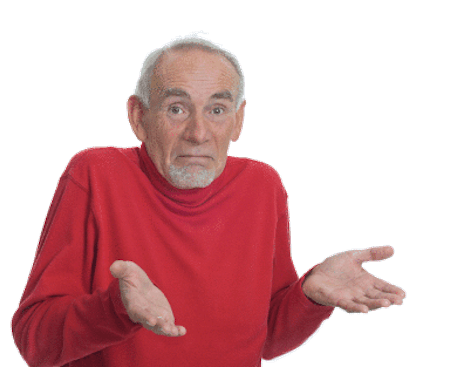 Our old pal bitcoin, who lethargically slummed it through the holiday season like, well, me, has been kicked into overdrive by the prospect of a prolonged war in the Middle East like, well, me.

The price of your Uber driver’s favorite investment surged about 5% last night following reports of the missile assault, taåking the cryptocurrency to its highest point since mid-November.

The mini Bull Run seems to be driven exclusively by the prospect of conflict with Iran (which puts bitcoin investors in the uncomfortable position of hoping for a prolonged and bloody war in the Middle East).

Bitcoin paired off some of those gains this morning and is dangling alluringly around $8,114 at time of writing.

Breaking: At a press conference today, President Trump pumped the brakes on the dogs of war, saying he was “ready to embrace peace” and pivot to non-violent economic sanctions instead of disintegrating people with invisible sky robots.

“As we continue to evaluate options in response to Iranian aggression, the United States will immediately impose additional punishing economic sanctions on the Iranian regime,” Mr. Trump said.

Iran responded in kind saying it had “concluded” its attacks on American forces and did “not seek escalation or war.”

Basically, we titted, they tatted. And that’s enough to save losing face (conducting global war more like the high school cafeteria than you’d think).

Of course, it would have been a different story if any American soldiers had been killed in the missile strike. But for now, the leaders of both Iran and the U.S. are happy to de-escalate the violence and pull their countries back from the brink of total war.

But bitcoin’s movements over the last few days indicate investors still see the cryptocurrency, like gold, as a safe haven asset.

We’re still a long way from the heady days of $20k bitcoin. But as we enter a turbulent, uncertain year of politics at home and abroad, bitcoin may have a larger part to play than you think.

I don’t want to alarm you. But we may be living in a simulation running low on battery and it’s starting to recycle news items in order to conserve power.

Last night, a Ukrainian-flown Boeing 737 crashed shortly after takeoff from Tehran, Iran, killing all 176 passengers and crew members on board.

Officials are still seeking to determine the cause of the crash. But the catastrophic event uncomfortably straddles two trending stories in the 2019/2020 news cycle (in a way that makes you want to run out and stock up on tinfoil hats and a home printing press).

Just an hour before the crash, Iran’s military was firing a barrage of missiles through that very airspace over Tehran in an assault on U.S. forces in Iraq. At the same time, this is the third fatal crash of a Boeing-manufactured aircraft in just 15 months.

Now, this jetliner was a 737, not a 737 MAX as in the other two incidents. Yet, after all the stories of cutting corners that emerged in the wake of the first two crashes, it’s not hard to imagine Boeing designing and building more than one flying death trap.

Iran’s state news agency reported the plane was brought down by an engine fire started by a technical fault. Which would be great news (relatively) for not starting a war.

But how any news outlet would know that before Iranian officials had a chance to examine the crash site is beyond me. (I mean it’s not beyond me. They were clearly told to say that. But that could easily have been a kneejerk tactic by officials to prevent an escalation of tensions with the U.S.)

To complicate matters, the Iranian Aviation Authority has recovered the plane’s two black boxes. But they say they will be conducting their own investigation and are refusing to hand the boxes over to Boeing (which is standard for an investigation of this type) or U.S. authorities (which would alleviate any suspicion that Tehran was involved in the attack).

A spokesman for Iran’s armed forces, Abolfazl Shekarchi, dismissed speculation that the plane had been accidentally struck by a missile, calling it “ridiculous”.

“Rumors about this plane [crash] is [a] sheer lie,” he said, according to state media.

This details of this incident are murky and shrouded in mystery. We may have to wait for the Netflix documentary 20 years from now to parse it all. But for now, Boeing stock has slipped 1.34% as the airliner faces yet another scandal. 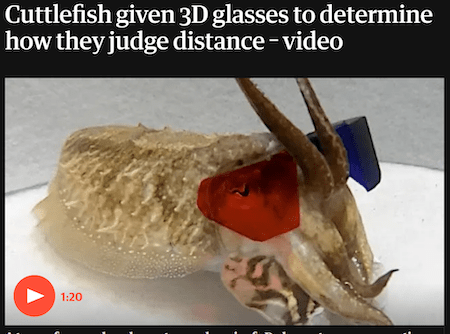 Since December 27, when an Iranian-backed militia killed an American contractor in Iraq and kicked off this whole World War III thing, the aerospace and defense sector has been the best performing S&P 500 industry group.

It’s tempting to see this and start piling into defense stocks. But according to research by the Bespoke Investment Group cited by MarketWatch, now ain’t the time to jump in boots first.

“Historically, when aerospace and defense stocks make that big a move without doing so in the prior three months, returns are typically weak—Northrop Grumman, for example, has underperformed by 11.8 percentage points when similarly overbought, compared with its typical move,” writes Steve Goldstein for MarketWatch. “Defense stocks are also at the top of Bespoke’s overbought industrials list.”

However, as futurist George Gilder points out in a recent issue of Gilder’s Daily Prophecy, you don’t need to invest directly in the aerospace and defense stocks to profit from innovations in the sector.

George has the story for today’s One Last Thing:

In Washington DC, the defense community is coming to understand that AI will significantly transform, if not completely reinvent, the world’s military power balance.

It was only a short time ago it seemed that China leaped to the top of the global pack in AI venture capital investment.

In 2017, the Chinese State Council released its national Next Generation AI Development Plan that set the target of China being the dominant global player in artificial intelligence by 2030.

This ambitious goal is linked to Beijing’s efforts to make the Chinese economy more innovative, not to mention modernize its military and gain influence globally. AI is a top priority for the highest level of the Chinese government.

While the Chinese State Council AI development plan gave a significant boost to AI investment in China in 2017, the country’s reign as a global AI leader in venture funding is turning out to be short-lived.

According to a recently published analysis by global tech market advisory firm ABI Research, the U.S. is back on top of venture funding in AI.

Meanwhile, AI venture funding in China rose at a healthy annual growth rate of 54% to US$7.4 billion. While China has slipped from its top ranking, researchers at ABI note that the country is still undeniably the largest single market in the world for AI implementation.

Based on how this year is shaping up, ABI expects the U.S. share of AI venture funding to rise further to $14 billion and reach 70% by the end of 2019 and remain atop the AI leaderboard.

The battle for global AI supremacy rages on. And it’s a three-horse race.