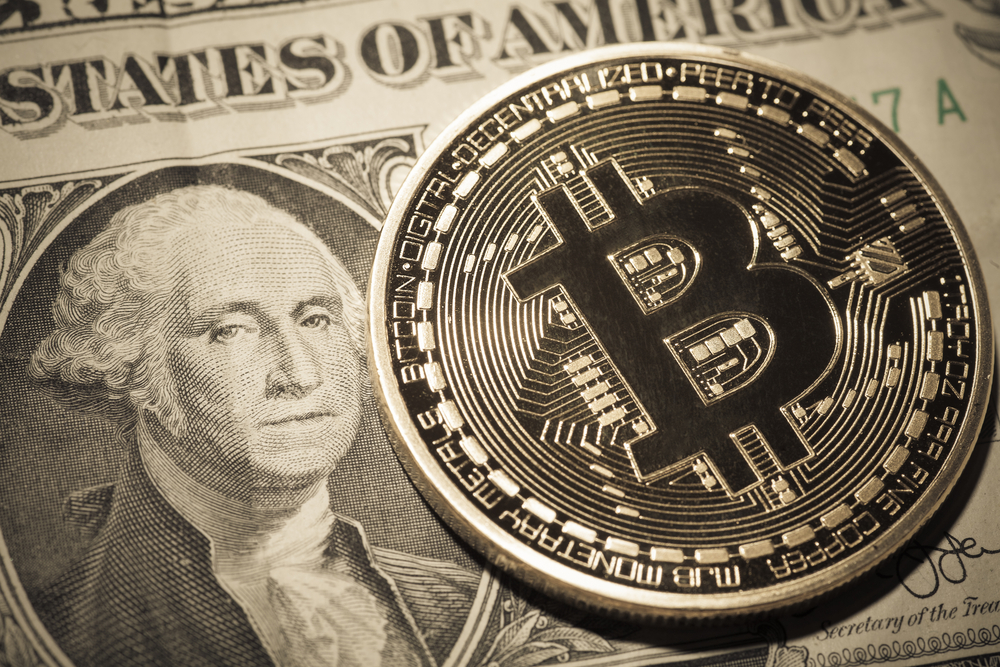 Bitcoin Is Not Real, But That Doesn’t Mean It’s Not Money

“Always listen to experts. They’ll tell you what can’t be done, and why. Then do it.”
― Robert A. Heinlein, Time Enough for Love

In response, a friend, a very brilliant guy named Ben Yu (I met him in 2015 at Simon Black’s Blacksmith Liberty and Entrepreneurship camp in Lithuania), emailed Marks.

Ben is very deep into cryptocurrencies. (He made over $400,000 on them with less than $10,000 in just two years.) And he believes, beyond any reasonable doubt, cryptocurrencies are the future.

Here’s what he wrote to Marks:

“[Cryptocurrencies are] certainly no more or less real than any shared concept of money, in so far as all money predicates its value on trust of that money. Taking trust, then, as the fundamental place from where value is derived for a given form of money, bitcoin’s claim to value is in being more trustworthy than other forms of extant money.”

Marks’ response: “For me, the problem with bitcoin isn’t its intangibility, bitcoin is no worse in that sense than dollars…

He likely sees bitcoin through the lens of traditional finance (and through, since they operate under the same paradigm, traditional computer science). From that perspective, bitcoin doesn’t make sense. It’s absurd. It’s a crappy investment.

Through that lens, it can’t possibly be anything but a ponzi scheme — a Tulip Mania 2.0. Yet another example of a mass delusion. The madness of crowds.

Through such a reality tunnel, bitcoin can’t be real.

The Quantum Mechanics of Finance

Szabo is a computer scientist, a legal scholar and a cryptographer. He coined the term “smart contracts” in ‘95 and personally paved a good chunk of the runway for the cryptocurrency explosion we see today. He’s brilliant. (And many smart people think he might actually be Satoshi Nakamoto, the creator of bitcoin.)

Naval Ravikant is the CEO and founder of Angelist. His brain spits gold on the regular and, although he can’t code, I think he understands the apogee of cryptocurrencies better than most of the people who develop them. At least, he’s better at articulating it. (He’s initially the sole reason I signed up for Twitter — so I could stalk all of his curated and well-pruned thoughts beyond just crypto.)

Anyways, during the interview Ravikant said something I think touches on why bitcoin befuddles the lords of traditional finance and computer science simultaneously (which, today, again, basically operate under the same basic paradigm).

He said: “Bitcoin is almost to computers what quantum mechanics is to physics.”

First of all, quantum physics is very weird. It defies our experience of the physical world. The world we see, feel, hear and move through.

When the unwelcome albatross of quantum physics plowed into physics in the early 20th century, it was largely avoided and scoffed at by any serious physicist of prestige. Even Einstein wasn’t having it. And understandably so. It was just so damn bizarre and, if they were honest, frightening to consider.

It broke all of the traditional rules. All of a sudden, if you looked close enough, an electron could pass through two holes at the same time. It could be in two places at once. One object in more than one place in space and time. (See: superposition.)

What does that mean? Nobody really knows. But it’s true.

Some Austrian genius, a physicist named Erwin Schrodinger, devised the best (and weirdest) thought experiment to describe the oddness of quantum physics. Its conclusion was that a cat can be both alive and dead at the same time, until we look to see whether it’s dead or alive. (See:Morgan Freeman and Michio Kaku explain Schrodinger’s famous cat.)

What does it mean? Schrodinger shrugged.

He was just looking for truth, stumbled upon something disturbing about the nature of reality and found a weird way to explain it in laymen’s terms.

“I don’t like it,” he said later, speaking on the implications of his work in quantum mechanics, “and I’m sorry I ever had anything to do with it.”

The theories of quantum mechanics ripped the very fabric of what physicists thought to be self-evident. And it opened up a new world — one largely, with apologies to Arthur C. Clarke, indistinguishable from magic.

Out of this, it’s now even stated (by serious thinkers, mind you) that consciousness itself might affect the way in which the world is formed — as if, maybe, the Universe is a participatory one. As if it responds to our looking at it. As if, in a very real way, reality doesn’t exist until we measure it.

That nothing is really “real” in the way we define real. That, in a traditional sense, everything is both real and unreal.

Yuval Harari, another brilliant mind, wrote this about money: “Money is the most successful story ever invented by humans, because it is the only story everybody believes.”

Yes, Quantum physics is all very weird and mysterious. Even so, the discovery of this high weirdness led us here, to today.

It’s actually hard to understate how much modern tech relies on quantum mechanics. Transistors, LEDs, lasers, computer chips, solar cells, thermoelectric materials, new polymers, digital cameras and on. None of them would be possible without quantum mechanics.

They all represent a paradigm shift in our understandings of reality — one we’re still sorting out.

The majority of our modern technologies, then, are crude representations of the underlying mysteries of the Universe made manifest, and bitcoin is certainly no exception.

This Time, It’s the Architecture

The difference between bitcoin and the dollar, Simon Black pointed out this week in his letter, is structural:

“The primary structural difference between the dollar and Bitcoin is that the dollar is completely centralized. It’s controlled by an unelected committee of central bankers who wield dictatorial authority over its quality and supply.

“Bitcoin, on the other hand, is DECENTRALIZED, i.e. controlled by its community of users.”

Do people understand this? Yes and no.

People all over the world are flooding into cryptocurrencies with ZERO understanding of how they really work under the hood.

Is this a problem? Well, probably less than 1% of people who use the Internet understand how it really works under the hood. But that doesn’t stop them from doing amazing things on it.

So, no. Not inherently.

Most of the people attracted to cryptocurrencies understand one thing: They (the “pure” cryptos, that is) aren’t controlled by a central bank, government or any central authority.

Their understanding is these currencies are controlled by “We The People” — those who agree to play the voluntary game. And that part makes enough sense to get them excited about the possibilities. And, indeed, it should. (Certainly not enough, though, to risk their entire life-savings.)

I’ve seen what’s under the hood of bitcoin. In Brazil, I studied the inner-workings every day for three months. It hurt my brain. I laboriously picked apart the code (and had to learn to read code in order to do it).

I am by no means a bona fide expert on the subject. It’s one of those things where, the more you learn, the more you realize you don’t know. As BitGo engineer Jameson Lopp puts it: Nobody Understands Bitcoin (And That’s OK).

But I’m always learning. Every day. We all are.

And I do think I know enough to confidently say, alongside Ben and Simon, “Cryptocurrency is the future.”

It seems appropriate to summon the words of Victor Hugo here: “There is one thing stronger than all the armies in the world, and that is an idea whose time has come.”

Bitcoin, I think, is simply an idea whose time has come. Whether or not it’s real, really, is irrelevant.