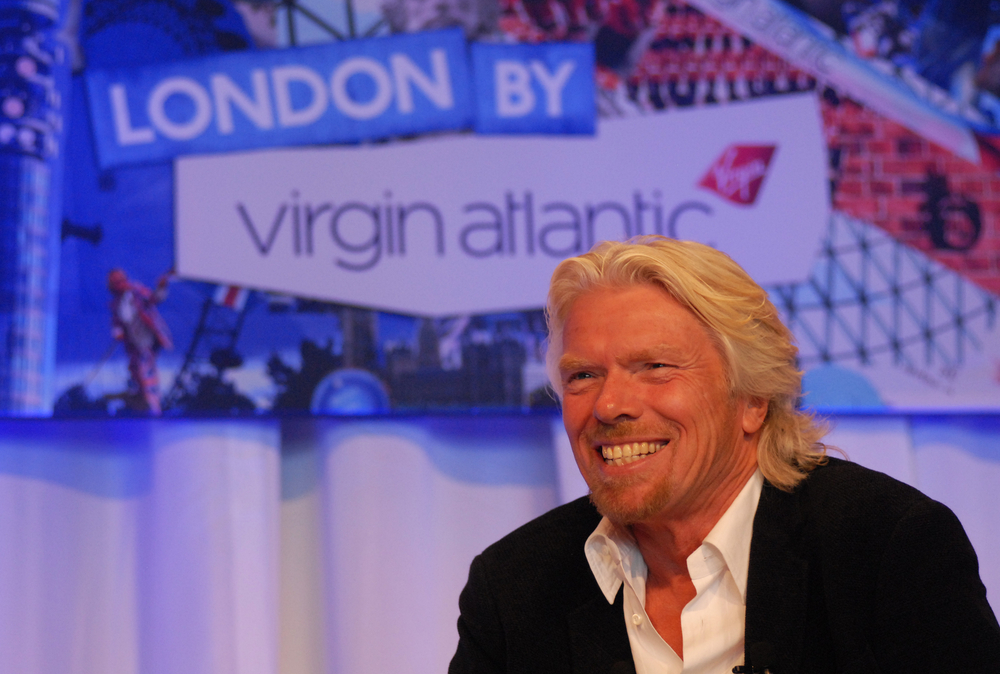 If successful, Virgin Galactic will be the world’s first publicly-traded space-tourism company and the first virgin to go to space. (You know those astronauts can get it. They’re buff geniuses making six-figure salaries.)

Branson’s space baby will sidestep the requirement to offer an IPO by merging with a New York investment firm already trading on the public market.

Social Capital Hedosophia (which sounds like a fascist Greek sex god) will invest roughly $800 million dollars in No-Sex Galactic for a 49% stake of the company.

Hedosophia’s founder and fellow-billionaire Chamath Palihapitiya, will contribute $100 million of his own money and assume the position of chairman of Virgin’s in Space.

There’s No Shortcut to Space

It seems like every billionaire and their dogs are building their own space flight companies these days. But folks forget that less than a decade ago Branson’s Sexless Space Tours was the leading name in privatized space travel (AKA the spit-in-the-face-of-god hubris-of-man industry).

However, in 2014, one of Branson’s prototype spacecraft suffered a catastrophic in-flight breakup during a test flight and crashed in the Mojave Desert, killing one pilot and injuring another. 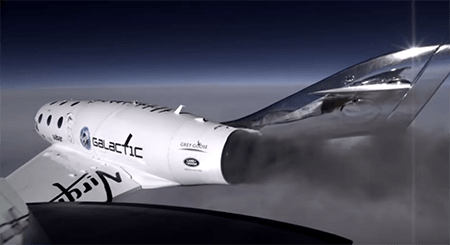 This catastrophic aircraft crash was brought to you by Grey Goose and Land Rover.

At the time, the International Association for the Advancement of Space Safety (IAASS) denounced the operation as wildly unsafe and careless.

“They don’t use modern techniques in putting safety into the design. They use outdated methods like testing and then seeing what happens. There has been no independent oversight. There is no peer review. I have been saying for some years now this was an accident waiting to happen,” said Tommaso Sgobba, Executive Director of the IAASS and grossest spaghetti sauce flavor.

Branson, the genius mind behind Virgin Cola and Virgin Lingerie, says that Virgin Galactic has made “great progress”since the crash in 2014, allowing it to “open space to more investors and thousands of new astronauts.”

(And by astronauts, he means folks who can afford to drop $250 million on a ticket. Branson has already received the $80 million deposit from famous astronauts Leonardo DiCaprio and Justin Bieber.)

Social Capital Hedosophia’s stock (IPOA) popped 2.88% this morning after the announcement, as investors took the opportunity to invest in the world’s first publicly traded space-tourism company. And at less than $11 a stock, it’s not going to break the bank to snap up a few shares.

¼ of Americans Plan to Never Retire

In what-the-hell-is-wrong-with-this-country news, a quarter of Americans plan to work until the day that they die. (And a quarter of those people plan to never die at all.)

According to the poll from the National Opinion Research Center (AKA NORC — All hail NORC) for Public Affairs Research, 23% of workers don’t expect to ever retire.

Meanwhile, another quarter of Americans say they will continue working beyond their 65th birthday. (Which has traditionally been the birthday where you tell your boss to “get bent.”)

Apparently, one-in-four of us plan to solve that problem by simply working right up until the moment the old bone-and-guts machine gives out. (Note to self: invent tube system that sucks dead folks right outta their cubicle and clocks them out.)

While some superhumans might be able to work well into their hundreds (or others get lucky and die early), most older workers are eventually forced out of their jobs by illness, injury, and layoffs.

Fifty-seven-year-old Maryland Police Officer Larry Zarzecki had planned to keep working forever. But, as he told the Associated Press, he was forced to stop working when he was diagnosed with Parkinson’s at 47.

Despite health insurance and a pension, Larry struggles every month to cover his cost of living.

“Eat, heat or treat,”says Zarzecki. “These are decisions that people in my position have to make. When it’s cold out, or if it’s real hot out, do you eat, heat (your home) or treat (your ailment)?”

The Perfect Supplement to Social Security?

I don’t know if you’ve seen this broadcast yet. 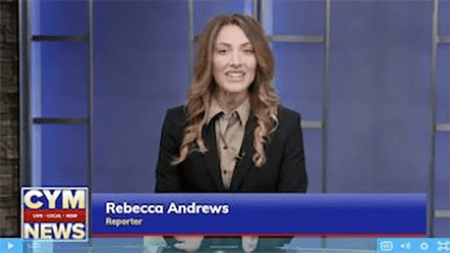 We put out this video on a $3,000 per-month income technique that could supplement your social security… and our customer service lines blew up.

Unfortunately, I’ve just been told, because of this controversial nature of this content, we’ll be taking it offline this Sunday, June 16, at midnight.

Click here now to see the astonishing reveal for yourself before it’s too late.

Democrat and retired Marine Amy McGrath will challenge Senate Majority Leader Mitch McConnell for his seat in the Senate in the 2020 election.

McGrath (who committed to a hairstyle in the early 90s and never gave up on it) caught some national attention in the 2018 midterms when she became one of the top fundraisers.

Ultimately, her attempt to unseat Republican Andy Barr was unsuccessful by a small margin. But she obviously caught the eye of comedy duo Chuck and Nancy, who approached McGrath in secret to run against McConnell. 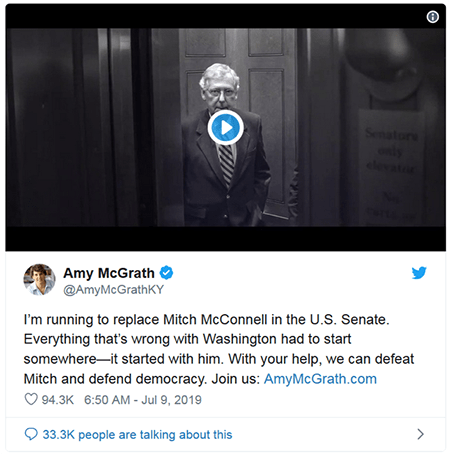 McGrath holds some Kentucky badass cred as the first woman to fly an F-18 fighter jet in combat. But she also happens to be deep in the heart of Trump country.

McGrath seems to have less than no chance at the Senate. But she has come out of the gate with one of the wildest, strangest political strategies I have ever seen.

On a Tuesday appearance on Morning Joe, the former Marine told Kentucky voters that Sen. McConnell is the enemy of Donald Trump. He’s the one blocking all of the president’s genius ideas. And if you want Donald to drain the swamp, we need to get McConnell out of the way first.

“The things that Kentuckians voted for Trump for are not being done. He’s not able to get it done because of Sen. McConnell,” McGrath said. “If you think about why Kentuckians voted for Trump, they wanted to drain the swamp, and Trump said he was going to do that. Trump promised to bring back jobs. He promised to lower drug prices for so many Kentuckians, and that is very important — and who stops the president from doing these things? Well, Mitch McConnell.”

Casting McConnell as Trump’s villain is a bizarre move. But then again, the man who refers to himself as “Darth Vader” in public is notoriously unlikeable, now more than ever.

Despite his long-held position, McConnell has a low 33% approval rating in his home state. His seat is no longer as secure as it once was. Though I expect he’ll get a “Trump Bump” if and when the president endorses his reelection campaign.

Kevin Golden, a spokesman for McConnell, said in a statement that McGrath as an “extreme liberal who is far out of touch with Kentuckians.”

“Endorsing a government takeover of healthcare and calling the wall ‘stupid’ is a heckuva platform that we will be delighted to discuss over the next 16 months.” (Oh cool. Are we bring “heckuva” back? Love it.)

I’d like to hear from Kentuckian Dems and Republicans here. What’s your read on McGrath? What about McConnell? Realistically, do you think the Dems actually have a shot here?

Click here to shoot me an email and we can argue about it in the comments tomorrow.

Dinner With Your Terrible Family is Driving Bitcoin’s Price Surges

Bitcoin surged again today, popping 6% and going as high as $12,600 (officially known as the morning show hosts asking “what is bitcoin?” zone).

Yesterday’s $500 surge seemed to be driven by the news of Deutsche Bank’s restructuring (and “restructuring” 18,000 people back into the jobs market). But new research suggests that dinner with your terrible family could be the major driving force behind most bitcoin surges.

The research found that national holidays and family gatherings are a major player in driving interest in bitcoin adoption.

The thinking is that the folks who like bitcoin really like bitcoin. But regular folks don’t really think about bitcoin all that much. And by the time they hear about it, it’s already at $20,000.

But at Christmas and Thanksgiving and Chinese New Year, because everyone is concentrated in one place, that information gets passed around the dinner table. And when Uncle Joey comes back from Aunt Tilda’s house he logs onto the old Internet Explorer and buys himself some bitcoin.

Multiply that thousands of times over and you’ve got yourself a bitcoin surge.

“Part of the narrative surrounding [the 2017] unprecedented bull run was that many people were hearing about bitcoin for the first time,”the researchers wrote in a blog post. “Over Thanksgiving dinner, the story goes, Luddites in the family would ask the more tech-savvy among them about this ‘bitcoin’ they’d seen in mainstream news — and how could they purchase some ‘bitcoin coins’ for themselves?”

If this information is correct, anyone can somewhat reliably predict regular jumps in the price of bitcoin and other cryptos.

But if you want to predict more than a single figure jump, you need to dig a little deeper than that.

According to our crypto expert and low-key crypto millionaire James Altucher, that will be nothing to what we could see before the end of the month.

“With one single move,” says James. “Amazon will shock the world and create an opportunity for anyone to turn $100 into a retirement fortune in the next 12 months.”

James was called a “fake news guy” and a “con artist” when he made this prediction.

But just days later, shocking news about Amazon broke — a “smoking gun” that essentially confirms this could happen as early as July 26th.

Click here to see his shocking prediction and find out how anyone could turn $100 into a retirement fortune in the next year.