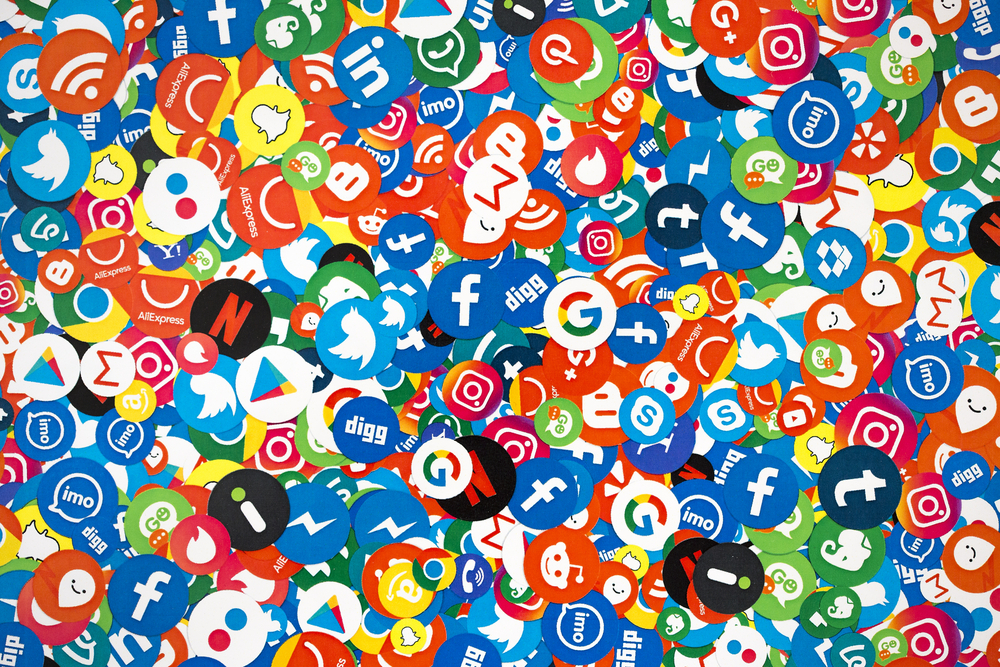 Big Tech's Winning Streak is Over?

Big Tech’s Winning Streak is Over?

Back in my day, you could invest in the five biggest tech companies in the world and expect a steady return each and every year.

These guys ruled the markets just like the gang that dances the best rules the streets. (Based on my limited knowledge of turf wars, I’m pretty sure that’s how it works.)

But the FAANG gang ain’t dancing much anymore. And when they do, it’s a foxtrot for Congress. (OK. I’ll admit this dance metaphor got away from me real fast. Let’s reel it back in.) 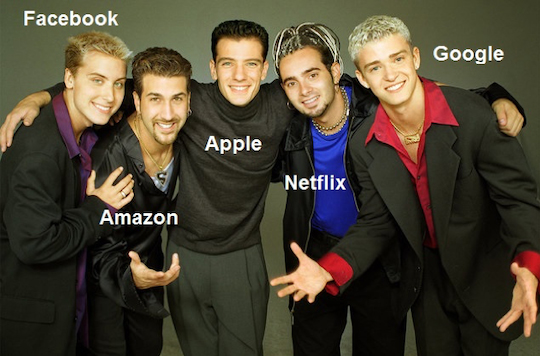 Last fall, in a twist worthy of the most boring Young Adult novel ever, Wall Street turned on the FAANG, sparking a selloff that erased $575 billion of market value in the space of a single month.

Since then, the members of the FAANG (Lance, Joey, JC, Chris, and Justin) have yet to reclaim the highs of last year’s peaks despite a substantial rebound in the first half of the year. Only Google’s daddy, Alphabet, managed to pull back its losses but has since dropped below that point again.

Slowing growth and the possibility of increased government oversite has investors questioning these companies’ legendary appetite for growth.

Facebook, Amazon, Apple, and Google are facing mounting scrutiny in Washington on everything from privacy to antitrust to why their CEO’s are all weird lizard people from another planet. (OK, that last one hasn’t come up yet but it needs to be addressed at some point.)

Meanwhile, the streaming space is getting cluttered with dozens of Netflix knockoffs, as every two-bit media company with a TV show in the 90s wants its own proprietary service.

It’s hardly surprising that mutual funds have cut their exposure to the FAANG to their lowest level in years, according to data collected by Bank of America Merrill Lynch.

There’s an enormous amount of economic and political pressure weighing on these five companies. And the decisions they make in the next year or so could define the U.S. tech industry for the next 50 years.

Maybe these will be the only five companies left (and probably Taco Bell) in 50 years. Maybe the government will break them up and undermine their market dominance.

It’s hard to say. But one thing is clear: the days of asleep-at-the-wheel Big Tech investing (also known as Tesla investing) are over.

Lucky for you, my colleague James Altucher has developed a simple financial technique anyone can use to make an extra $3,000 a month.

If you’ve got two minutes to spare today, James will show you how this simple technique works right here.

(Ed note: This presentation is short but unfortunately it goes offline this Sunday, September 1st at midnight. Click here to watch it before it’s too late.)

Whatever the Last Thing I Reported About the Trade War, Now It’s the Opposite

President Trump seemed optimistic about resolving the U.S.-China trade war this morning (haven’t I written this exact line before?), on the final day of the G7 summit in Biarritz, France.

The president said that, right now, the conversation with China was “much more meaningful than at any time” and that “anything was possible.” (And we are considering taking China to the cabin in Aspen to get away from it all for a bit.)

According to Trump, China called U.S. officials last night for a little chat before bedtime and said: “hey baby, let’s quit this squawking and get back to the table.” (I may be paraphrasing sli-i-i-i-ightly.)

It’s a jarring change in tune from just three days ago when Beijing levied tariffs on $75 billion of U.S. goods and President Trump ordered all American companies to find an alternative to China.

Officials from Beijing popped their head in to quickly mention they hadn’t made any calls to anyone last night and had no idea what Trump was talking about.

Rethinking the strategy of calling the U.S. president a liar, China quickly followed up with an announcement stating that China was “willing to resolve the problems through negotiation and cooperation in a calm manner.”

Beijing’s lead trade negotiator, Vice Premier Liu He, said that the tariffs were “not constructive at all” and “[China hopes] the U.S. can return to reason as soon as possible and create conditions for consultations based on mutual respect and that is mutually beneficial.”

Although there was a kind of snarky tone to the announcement, President Trump welcomed it as a “very positive development” and took time out of his busy day to tweet about it.

Despite the general sense of confusion, U.S. stocks climbed today, as thirsty investors lapped up any promise a resolution to the trade war. After spending the morning in the red, the Dow Jones Industrial Average rose to a 1% gain, while the S&P 500 ticked up about 0.7%.

Did Trump make up a Sunday night phone call? Or is Beijing sowing chaos to undermine confidence in the president?

Click here to send me an email and we’ll get into it in the next reader’s comments section.

B Corp Throws Down the B’Gauntlet

Last week, the corporations of the Business Roundtable said they would no longer operate under the philosophy of pursuing profit at any cost for shareholders and instead work for the benefit of all stakeholders.

(All stakeholders in this context refers to customers, employees, suppliers, communities, shareholders, and sometimes vampire hunters.)

The Roundtable’s declaration — signed by 180 American CEOs (including those from JPMorgan, Walmart, and AT&T) — says the role of the free market should be to allow “each person to succeed through hard work and creativity and to lead a life of meaning and dignity.” (I never had any dignity and I turned out fine.)

This decision flies in the face of the last 50 years of American business. So it’s understandable that some folks are having a hard time believing this will actually result in any concrete change. (They’re probably just trying to get ahead of all this “eat the rich” talk.)

B Corp, a collective of corporations who transparently measure impact across all stakeholders, welcomed the announcement in an article for Fast Company.

“It’s a significant sign of our shifting culture that the country’s largest corporations and the organization representing their interests are revising their definition of the purpose of the corporation from profit maximization to leading their companies ‘for the benefit of all stakeholders — customers, employees, suppliers, communities and shareholders.’”

However, just a few days later, B Corp threw down the gauntlet to the Business Roundtable in a full-page advertisement in the New York Times.

The ad — which was signed by a collective of B Corp CEOS (including Ben & Jerry’s and a bunch of vaguely New Agey sounding companies) — had a simple message:

(Nobody ever uses a full-page advertisement in the New York Times to say something nice. If you’re on a one-er in the NYT, you know you made someone mad.)

What’s your read on this? Are the big corporations going to change or are they all hat and no cattle? Should they even be talking about changing in the first place?

Click here to send me an email and we’ll talk about it in the comments section this week.

Silicon Valley Takes a Page out of China’s Book

We’ve discussed China’s social credit system here in the past.

You know the drill: it’s like a video game for authoritarian dictators.

All citizens are assigned points.

Practice the wrong religion? Play too many video games? Jaywalk? Criticize the government? You lose points.

When your score drops below certain numbers, you can be banned from leaving the country, using public transport, or applying for jobs. And you’ll also get slower internet and your kids will have lower priority when they’re applying for schools.

It’s exactly like the Sims, except with real people (and the Chinese government probably won’t take the ladder away when you’re in the pool).

China has plans to extend its influence by rolling out its system to other authoritarian countries. And while I doubt the U.S. would ever do something this dumb, there’s a danger this system could sneak into our lives through the private companies we’ve come to depend on.

Already insurance companies in Silicon Valley have started using social media to “rank your lifestyle.” Post a lot of pics of you running? That’s good.

If your Instagram is cluttered with pics of you eating tasty looking burgers (which I’m sure is the only good use for Instagram), well that’s going to jack up your insurance premium.

Meanwhile, Airbnb has started banning users from their app for life.

Now, if you’re the kinda jerk who trashes people’s homes wherever you go, Airbnb probably should restrict your usage of the app. But Airbnb says it not only has the right to ban anyone it wants from using its app, but it also doesn’t have to tell you why.

When you’re banned, you simply receive the message:

“This decision is irreversible and will affect any duplicated or future accounts. Please understand that we are not obligated to provide an explanation for the action taken against your account.”

Have an argument with an Airbnb owner? Even if they’re in the wrong, you can be banned for life. And with more than 6 million listings in its system and the traditional hospitality struggling to keep up, that’s going to severely restrict your travel options.

These may seem like small potatoes now. But as the big tech companies become more ubiquitous in our lives and we become more dependent on their services, the danger of a privatized social credit system becomes more and more real.