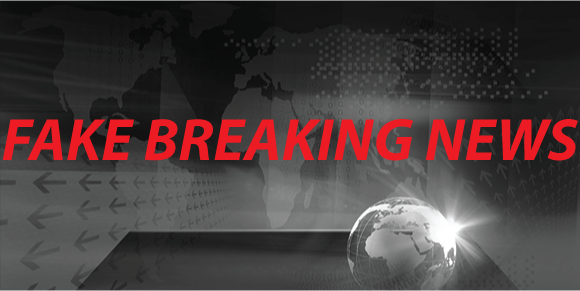 As you may’ve heard, there’s a digital witchhunt being waged against “fake” news on the Interwebs. Since everyone else is doing it, we thought we’d release our hounds and let you know who the most heinous offenders are.

We’ll show you the full list of the top-20 (yes, twenty!) fake news websites in just one moment. This list might not be what you expect. (Or, heck, it might be exactly what you’re expecting.)

And, no, it isn’t the list published recently by Melissa Zimdars, an assistant professor of communication at Merrimack College in Massachusetts. Zimdars released the list below to her class on a Google Doc entitled, “False, misleading, clickbait-y and satirical ‘news’ sources.”

And then… it went viral.

To be fair, many of the sites in the list below are indeed “clickbait-y.” And some of them are, indeed, over-the-top and relentlessly sensationalist. But what it really comes down to, of course, is a noticeable slant… 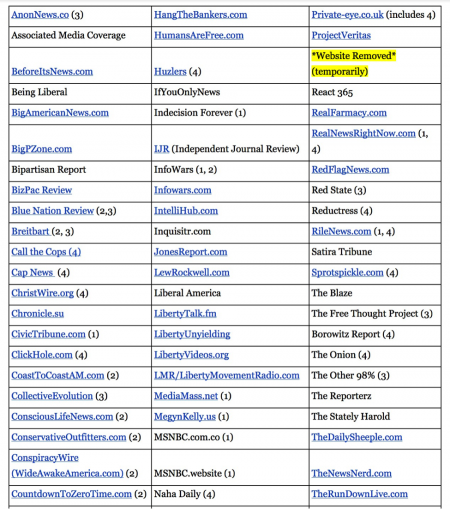 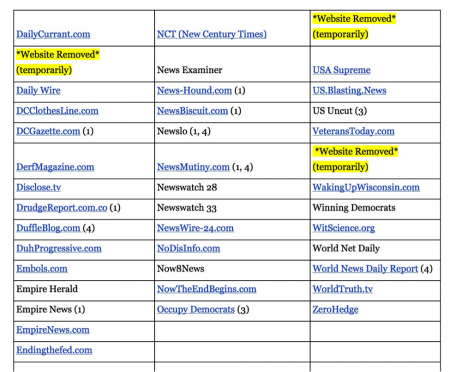 Not one of these websites above, though, as far as we know, is responsible for spreading false news with disastrous consequences. None wield their power as irresponsibly as the true fake news websites — the only websites worthy of such scrutiny.

But before we line up the verminous vagrants for you, here’s a message from the head of America’s new self-proclaimed Ministry of Truth, our dear shining beacon in the dark caves and caverns of mis- and disinformation…

Mark “the Doof of Truth” Zuckerberg. 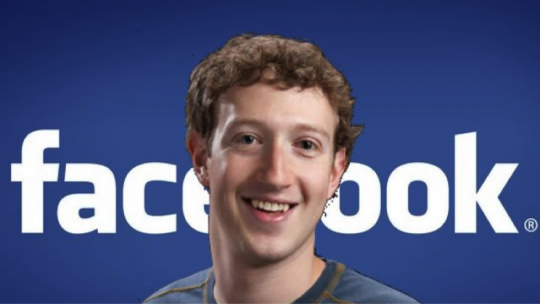 Fear not, plebs. Zucky will protect you from the big bad beguilers…

“The bottom line is,” Zuckerberg boomed last week, his voice echoing throughout the hallowed halls of the infosphere, “we take misinformation seriously. Our goal is to connect people with the stories they find most meaningful, and we know people want accurate information. We’ve been working on this problem for a long time and we take this responsibility seriously. We’ve made significant progress, but there is more work to be done.”

And, according to a Facebook friend, the Great Work has already begun… 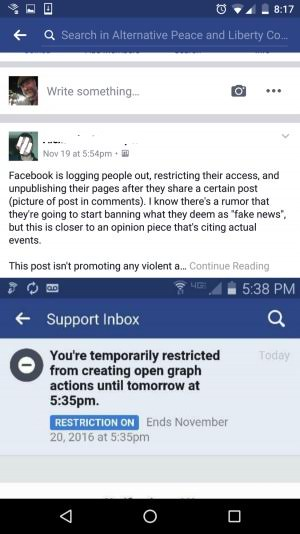 Of course, Facebook has been caught over and over arbitrarily censoring posts. And, guess what? This might not be a popular opinion, but Facebook has every right to censor whoever they want.

Jokes aside, in truth, Facebook, as a private company, has every right to censor whoever and whatever, whenever they want. There’s no law in place to keep them from doing so, nor should there be. But by not being a neutral platform, the data plantation will censor their customers at their own peril and turn into an echo chamber as people move on to greener pastures.

Zuck’s stuck between a rock and a hard thing by engaging in this “fake news” narrative. He’ll be forced to only censor alt-media, which makes up a good chunk of America’s media consumption these days. You’d be hard-pressed to see him dare start censoring the “credibles.”

Yet, America is waking up to the fact that the mainstream press does little more than parrot what they’re told. It’s no secret that the mainstream media is now a monolith of just six colluding corporations which serve their corporate/government masters first, with truth as a mere afterthought.

Though we don’t always agree with Noam Chomsky, he hits the nail on the head when he talks about the mainstream media’s role in society: “The media serve, and propagandize on behalf of, the powerful societal interests that control and finance them. The representatives of these interests have important agendas and principles that they want to advance, and they are well positioned to shape and constrain media policy.”

With that said, here’s the REAL list of fake news websites down below.

“This list,” Chris Rossini reports on the Ron Paul Liberty Report, “contains the culprits who told us that Iraq had weapons of mass destruction and lied us into multiple bogus wars. These are the news sources that told us ‘if you like your doctor, you can keep your doctor.’ They told us that Hillary Clinton had a 98% of winning the election. They tell us in a never-ending loop that ‘The economy is in great shape!’”

There are certainly more, and yes, this list reveals a noticeable slant, too. But if we’re talking about news websites which have been shown (thanks to WikiLeaks) to put political interests over truth, it’s a good start.

Whatever you do, be very wary of what these fake news sites publish. They’ve been caught red-handed violating the (albeit flawed) sacred Journalist’s Creed, set in ink by the (very) late Walter Williams over a century ago. 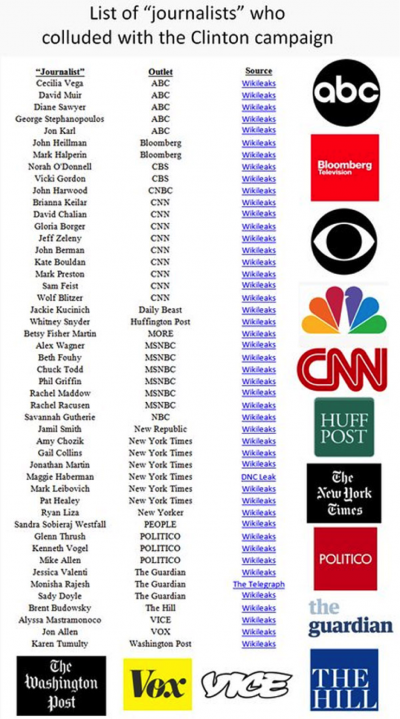 Google “[name] WikiLeaks” for the leaks