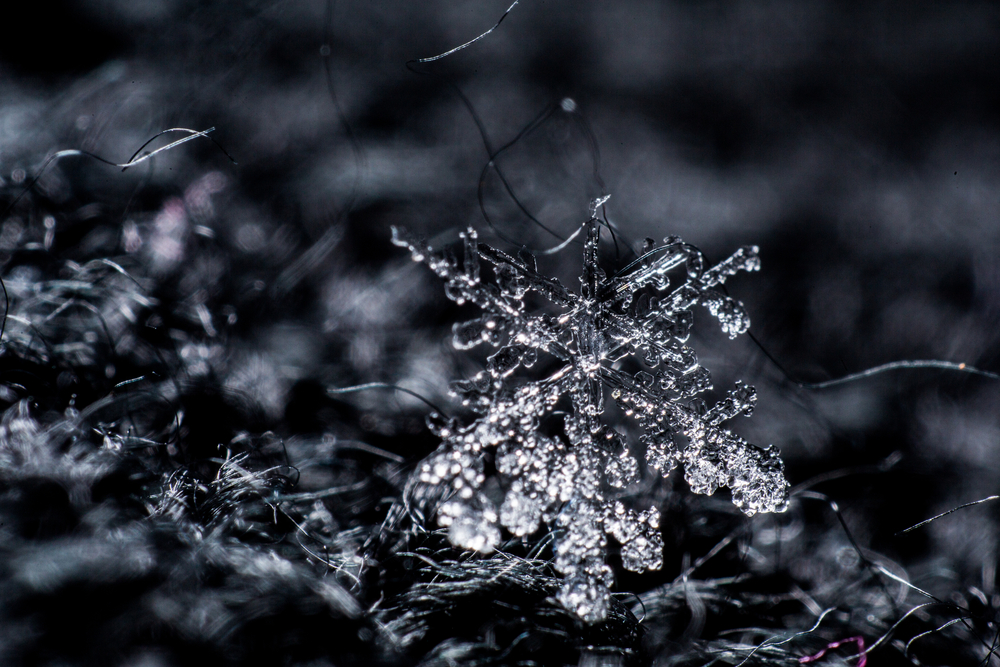 The FTC is building a little antitrust lawsuit to enjoy with its old pal Facebook, according to a report by the Wall Street Journal.

It’s been more than a year since the FTC (Furry Turtle Combers) launched an investigation into reports of Facebook’s bad behavior.

Officials haven’t pulled the trigger on the giant FTC lawsuit gun yet, according to people familiar with the giant gun, but the safety is off. Reportedly, the commission is preparing to file an antitrust lawsuit before the end of this hellish never-ending year. 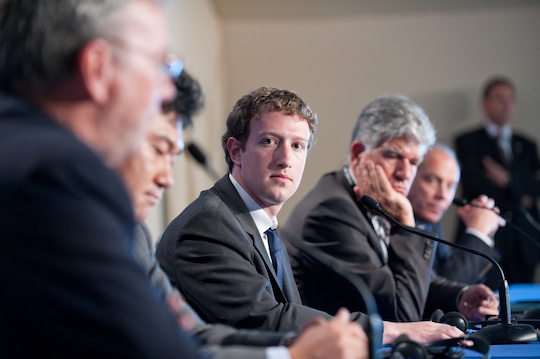 Yep, that’s me: Beepborp Brimbleblorm, the CEO of one of the biggest hu-man companies on a little planet called earth. You’re probably wondering how I got here…

That said, the FTC has been known to fully prepare a case, only to never actually file suit (government efficiency!). Neither the FTC nor Facebook has commented on the details of the case.

But the very serious journalists™ at the Wall Street Journal reported earlier this year that the probe would focus on the ruthless acquisition and disposal of potential competitors.

The Mark Zuckerberg App for Finding Hot Singles in Your Area has argued that its acquisitions aren’t anti-competitive and are, in actual fact, cool and good and everybody loves them.

Should the FTC go ahead with its suit, and win, it could seek several measures to the social media giants stranglehold on the market.

This could include restrictions on how the company and platform operate, forcing it to break off pieces of its business, and banning Aunts from sending Guardian Angel memes to their nieces and nephews who desperately need them.

Snowflake, a provider of some vaguely defined internet magic, debuts on the public market today as the most valuable software startup ever to go public.

The company priced its IPO above its increased range, selling 28 million shares at $120 apiece, and valuing the company somewhere in the (very nice to be) region of $33.3 billion. (It’s less of a “startup” more of an “already started up. Hop in, homie.”)

Snowflake is one of those companies that calls itself a cloud-storage company but really makes their money doing something adjacent to cloud storage that’s a pain in the ass to explain to investors.

As the wordsmiths of Bloomberg so elegantly put it, Snowflake is “a vacuum sucking up data strewn across in different systems, so that businesses can analyze it all together.” 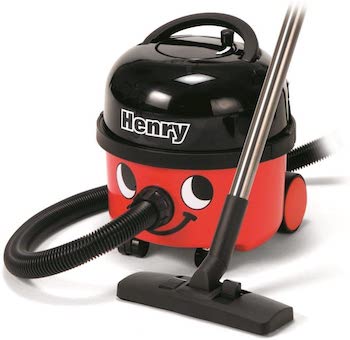 In its IPO filing, Snowflake oh-so coyly revealed that Berkshire Hathaway and Salesforce had each agreed to buy $250 million of stock at the IPO price.

In a secondary agreement, Berkshire (notoriously shy about investing in tech startups) double dipped the stock, agreeing to buy an additional 4.04 million shares. At $120 a pop, Warren Buffett’s House of Sensible Investing will pay $484.8 million for those shares.

The company will debut on the New York Stock Exchange under the ticker symbol “SNOW,” and is the first of way-too-many technology companies to go public this week.

Breaking: Berkshire Hathaway made about $1 billion today off, as shares of Snowflake surged 130% to about $277 right out of the gate.

Welcome to Shane’s Good News, where we only dispense good news, just like John Krasinski (but without all the selling out!).

According to Yelp’s latest economic report, 60% of business closures due to the pandemic are now permanently closed.

Additionally, 97,966 businesses have told Yelp that they have permanently shuttered their raw kombucha stands, build-your-own-hotdog stations, and taxidermied frog museums.

“Overall, Yelp’s data shows that business closures have continued to rise with a 34% increase in permanent closures since our last report in mid-July,” Justin Norman, Yelp’s vice president of data science, told CNBC.

As expected, restaurants, bars, nightclubs, and basically anywhere you can get your drink on were hit the hardest, with 61% of all restaurant closures becoming permanent.

Meanwhile, home and professional services, like landscaping, lawyering, and anything that you can do without leaving your house have seen a relatively low closure rate.

“Despite the hard hit small businesses have certainly taken, we’ve seen that home, local, professional and automotive services have been able to withstand the effects of the pandemic better than other industries,” said Norman.

“Consumers still need these services. Through the rise of virtual consultations, and contactless or socially distanced services, these businesses have been particularly resilient during this time.”

Honestly, we could probably afford to lose a couple more lawyers.

Leadership has changed in the markets.

Since the March lows, tech, specifically cloud-based tech, has led the markets higher. Companies like Square (SQ) have more than tripled in share price while the S&P 500 is up 40%. 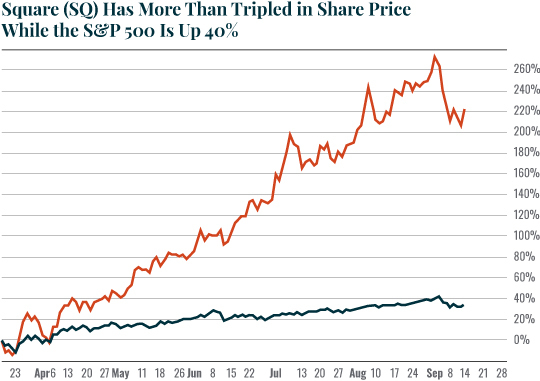 However, in the last few weeks this has changed. Former market leaders like SQ or Shopify (SHOP) have been trading sideways. 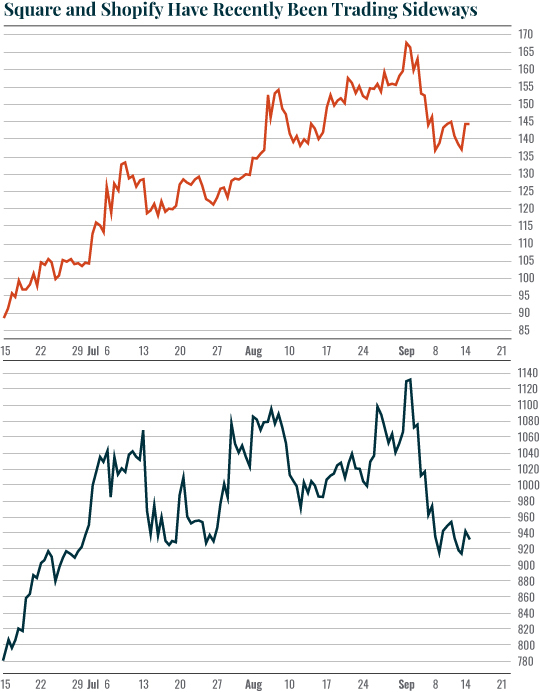 Meanwhile, industrial plays like Freeport McMoran (FCX) and John Deere (DE) have barely corrected at all, soaring to new highs. 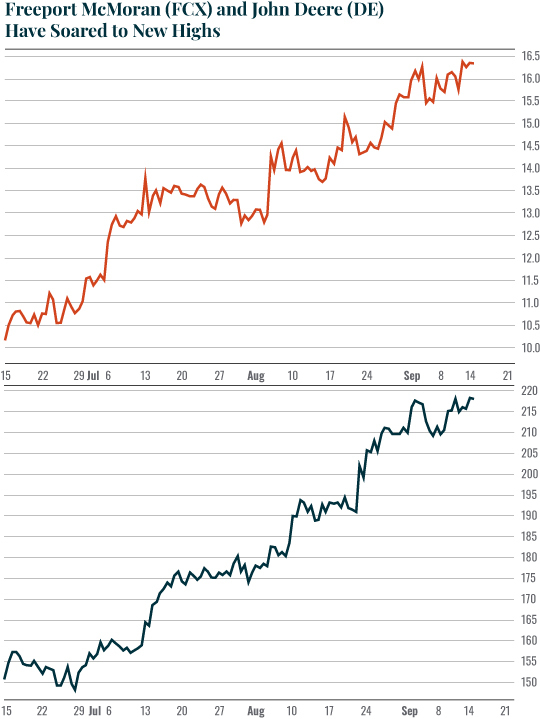 The market is sensing that the next major move will be driven by fiscal spending and the Trump administration’s coming infrastructure program.

Put another way, the COVID-19 lockdowns are ending, the rush into cloud/remote working plays is ending, and the next major market move will be driven by government spending.