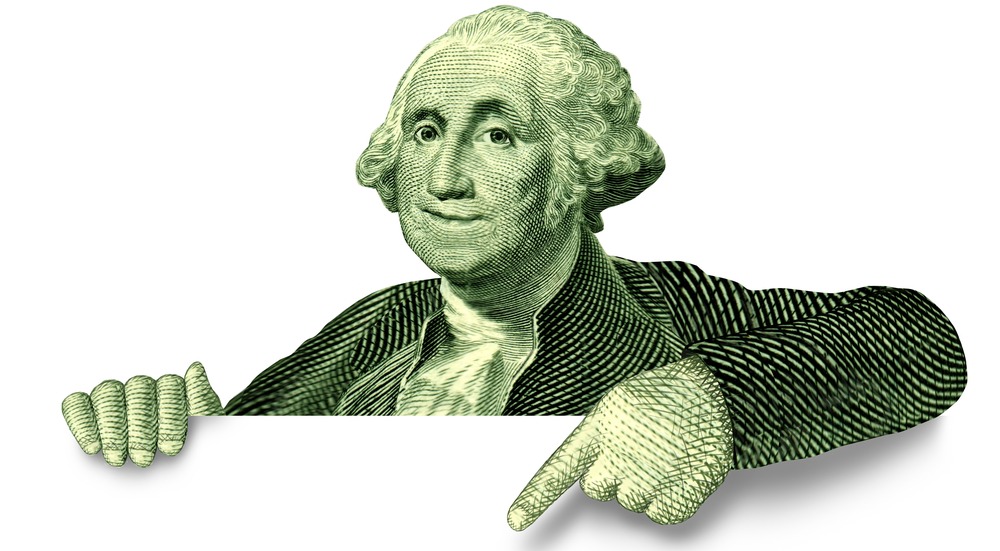 Before Your Teeth, Hair, & Organs Fall Out

Life is a struggle to keep money coming in, and teeth, hair and organs from falling out.

Not a pretty picture, I know.

Some are better at this than others.

As for money, throughout history, there are often two types of financially successful people.

One, those who are never satisfied with their lot… and ruin themselves in pursuit of more, more, more.

Second, those who know what really matters to them, and get rich without even noticing or caring about money.

Take one example of the former: General Ulysses S. Grant.

He led the armies of the North to victory in the Civil War. He was, without doubt, a great General. Had he been satisfied with just being a great General, he would’ve died a much happier man.

But he forgot what really mattered to him and got into politics.

Though he was twice elected as president of the United States, he was awful at the job, finding himself embroiled in an endlessly corrupt and controversial administration.

“A genuinely good and loyal individual,” Ryan Holiday writes in his book, Ego is the Enemy, “he was not cut out for the dirty world of Washington, and it made quick work of him. He left office a maligned and controversial figure after two exhausting terms, almost surprised by how it poorly it had gone.”

After Grant’s failure in Washington, he didn’t stop there. He did what most successful men do when trying to save face: He doubled down.

After leaving the White House, Grant then tried his hand at investing. He was already rich, but he wanted to get richer. He put almost all of his savings into an investment firm operated by a silver-tongued young man named Ferdinand Ward. Grant thought he was some kind of wizard. And he was half-right.

Ward, his day’s Madoff, turned the fund into a ponzi scheme and bankrupted Grant. Grant went from riches to rags virtually overnight. At 62, he was penniless, battling throat cancer, headed to daisyland.

His friend William Tecumseh Sherman, equally revered as a war hero, in contrast, declined all open doors into the political realm or more riches or fame. But he got everything he wanted. He lived a relatively peaceful and content existence in New York.

Grant didn’t. He went on to live a chaotic, tortured life.

Sherman explained, in sympathy: Grant had “aimed to rival the millionaires, who would have given their all to have won any of his battles.”

One of Grant’s friends, Samuel Clemens, had published many books under the name Mark Twain. (You might’ve heard of him.) Clemens convinced Grant to write about the Civil War, and offered to publish his work for him. Grant signed the contract and got to work.

The two volumes he produced now rank among the world’s greatest military works. Grant finished them just in time before he died, making his widow $200 thousand in royalties, and his heirs close to half a million. They were great because they mattered to Grant.

Grant could’ve been working on those books all along, and made them even better. Instead, he spent much of his life after the war chasing unimportant things. And spent his last few days in fits of anxiety, afraid he wouldn’t finish the books before he died.

Clemens made an absolute fortune on the deal. But then, he tried it with two other famous generals and it was a flop. He tried to fit one formula that mattered to him (and worked) elsewhere where it didn’t matter.

Being a terrible businessman, he made a few more bad deals and boom. Landslide. His failures compounded and soon, at the age of 59, he was bankrupt.

He, too, like Grant, made a comeback. But not in business. But by focusing on what mattered, his strengths. His work. His gifts.

By the time he died in 1910, he left his heirs about a half a million, despite a bad investment in protein powder called Plasmon.

It delivered 16 times the nutritional value of steak and cost a penny a day, he said. It would “end the famine in India,” he wrote.

“I oughtn’t to say I was swindled out of all the money,” he said. “Most of it was lost through bad business. I was always bad in business.”

Get Paid, Get Laid, Lose Weight

Such is the universal struggle: How to make money and keep it. And how to make it count. Much of your life is engaged in making, spending, giving, saving and losing money.

It’s often true, however, the more you obsess about it, the more it slips through your fingers.

Just like it did in both Grant’s and Clemen’s lives.

When these men forgot what was important, what made them rich in the first place — the giving of their gifts and strengths — they began to obsess over more money for money’s sake. (Or more fame for fame’s sake, or more prestige for prestige’s sake, ad infinitum.)

Contrast that with those greats in history who rarely forgot what was important — and rarely paid money any mind.

Once they hit their strides, many of them had plenty of money in their careers, and didn’t even think about it. It was irrelevant. Their work was center.

C.S. Lewis, for example, had absolutely zero sense when it came to money. When his wife, Joy Davidman, married him, she discovered he had thousands of pounds he didn’t even know he had. And he had a small fortune in a checking account collecting zero interest.

Einstein, too. He sometimes used a check from his checkbook as a bookmark. He would forget about it and return the book to the library.

And yet, neither of these men had the same magnificent rises and falls with money that Grant and Clemens had.

They maintained a strong sense of what was important to them. And it wasn’t making more money.

That’s the problem with success. It tricks you.  The further up the ladder you climb, the further you want to go for its own sake. The immature ego starts to bristle in its britches.

That guy over there, and that woman over there, certainly aren’t better than you. And they have far more money, fame and reputation. What’s up with that?

1] Sit down and think about what’s important to you.

Then take steps to forget the rest.

Without getting clear on this, success will not be pleasurable. You’ll be chasing your own tail in an effort to impress people you don’t even like, and who don’t even think about you. And, the success you find won’t last.

2]Furthermore, figure out why you want to do what you do.

Only then can you see what truly matters, and bow out of the pursuits which only stroke your ego, and most often end in disaster.

Sharpen your focus. Get to know what you really want — what really matters to you. And go there.

The more you try to do outside this realm of importance, the more disposable plates you’re spinning.

Eventually, too many plates means they all come crashing down at once. The important ones, too. The fine China.

Spin only the really valuable ones. Get really good at it.

You’ll get paid, get laid, and lose weight. And the thought of “getting it” will not even come up.

James Altucher, in his Choose Yourself Guide to Wealth offers this advice:

“Don’t do something just for the money. Money is a side effect of persistence. You persist in things you are interested in. Explore your interests. Then persist. Then enjoy all the side effects”.

If you haven’t read it…

The Choose Yourself Guide to Wealth has EVERYTHING you need to make money an afterthought.

“I’ve gone from dead broke to being a multimillionaire three times in the past 20 years…What I’ve learned in the process will shock you.”

Even better, you can grab it today for free.

Claim a FREE copy right here at this link.

P.S. If, however, you can’t help but look for that “fast fix,” only one suggestion: America’s #1 Weekend Trader revealed something BIG…

It’s a good thing Tim Sykes brought a REAL VIDEO DEMONSTRATION of him profiting $9,177 in one weekend or I may not have believed him.

Everything made sense when Tim explained how this weird market anomaly happens… EVERY. SINGLE. WEEKEND.

WARNING: Tim’s weekend secret goes back in the vault tomorrow at 3pm. Don’t miss it.