Babies on Drugs in America? 1984 Predicted it

Why “two steps back, one step forward” can be a recipe for success…

Over a million kids in America six years old and under are on psychiatric drugs — mostly to treat anxiety.

Let that sink in.

I have to ask. Is the U.S. really becoming this out of touch? And I mean that literally.

Author Ray Williams, a contributor to Psychology Today, offered an important question back in 2010: “In our desire to have a politically correct and safe social environment, or an environment of instant communication, have we lost sight of the most important aspect of human development and culture  — physical touch?”

The science is in: After food, water and shelter, there’s little more important to kids, especially babies, than human contact. Without simple human contact, in fact, babies can die.

This is the case, actually, to varying degrees, for all mammals.

In many litters of puppies and kittens, for example, there are sometimes one or two animals that come out enfeebled — as the “runts.”

The weakness of the runts, felt by the mother during nursing, is a sign to the mother it likely won’t survive. To make sure her genes have the best chance for survival, she must use her limited resources wisely.

As a result, the mother doesn’t lick or nurture the runt. The mother still allows the runt to feed (other species don’t even go that far), but it refuses to show the runt affection.

It’s hard to understate how catastrophic this is for the runt. A certain amount of maternal licking and nuzzling is necessary. The affection, we now know, turns on the production of a certain growth hormone in the brain. Without it, food cannot be metabolized properly and healthy growth and development is impossible. If the runt continues to be ignored, even if it still gets plenty to eat, it will eventually shrivel up and die.

It’s the same for humans. Without human contact at the earliest of age, the immune system is essentially shot. The affected becomes vulnerable to all sorts of ailments and diseases.

But it’s not just babies…

Human contact, in kids and adults, has been shown to ease pain, lift depression and may even, oddly enough, increase the odds that a team will win a game.

And it’s the simplest thing. (Plus, it’s free!)

K.I.S.S.: When the Synthetic Gets in the Way

Indeed. In our headlong rush for “progress” in all forms, this is one aspect of our existence in which we need to “make great again,” rather than mindlessly perverting or opting for more synthetic versions. (Food and most medicine can also be added to this list, among other things.)

Progress, technological and otherwise, hold incredible potential to lift humanity to new heights — yet, if not done mindfully (which is the ideal role of conservatism, preserving that which is worthy of preservation), it can, without question, push us down to new lows.

The latter is precisely what both George Orwell and Aldous Huxley were warning us about.

Dystopia would come first with a smile and promises of a vast utopia. And, so enamored we would be, we wouldn’t even notice the glimmering of its fangs until, of course, it was too late.

[You might be wondering: Could this possibly apply to Bitcoin and the burgeoning cryptocurrency space? In short: Yes. Any high technology that’s allowed to be perverted (and centralized) is dangerous. And the stakes keep getting higher over time with every paradigm-busting innovation. But crypto has been built with these facts in mind. More on that, though, tomorrow.]

Today, we invite Joe Jarvis of the Daily Bell to ask one unnerving question: Have we already reached dystopia?

As Babies are Prescribed Pharmaceuticals, Have We Reached Dystopia?

Would you let a five-year-old smoke a joint? I certainly hope not. Yet that would probably be less harmful than loading kids up on pharmaceuticals.

Currently, over a million American children UNDER SIX YEARS OLD are taking psychiatric drugs. Babies are literally being doped up by the pharmaceutical industry. Over 274,000 babies UNDER ONE-YEAR-OLD are given drugs, mostly for anxiety.

Anxiety drugs for babies. Have they tried motherly love? Or is that just an old fashioned, outdated concept?

You know, I like to mention society’s similarity to Orwell’s 1984. And surely the growing police state, war on drugs, and endless military campaigns – where the enemy seems to change daily – are reminiscent of the fictional dictatorship of Big Brother.

But it seems the powers that be are working tirelessly to blend together the dystopia of 1984, with that of Aldous Huxley’s Brave New World. 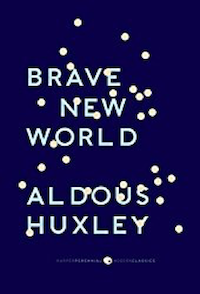 In that dystopia, there is no police state or war. Society has been perfectly designed by scientists, inspired by Ford’s assembly line. Babies are grown in the lab, cloned to all look alike, depending on their class. Parents are an embarrassing relic of the past. How silly to think a child needs family when they have the state!

The lower castes are deprived of oxygen as embryos to stunt their mental development. In America, they use fluoride in the drinking water instead.

In Brave New World, children listen to 24-hour propaganda in their cribs.

Alpha children wear grey. They work much harder than we do, because they’re so frightfully clever. I’m really awfully glad I’m a Beta, because I don’t work so hard. And then we are much better than the Gammas and Deltas. Gammas are stupid. They all wear green, and Delta children wear khaki. Oh no, I don’t want to play with Delta children. And Epsilons are still worse.

White pride, black pride, gay pride, national pride. Pride is not meant for accidents of birth. You should be proud of accomplishments and achievements, not genetics and geography.

Perhaps someone has been whispering in these radicalized children’s ears.

And how jealous the Department of Education must be of the incubators of Brave New World! They have to sometimes wait years to indoctrinate children. But at least the government gets to drug them up at a young age! And if the TV is left on, most of the programming is done for them.

Of course, the adults are drugged up in Brave New World as well, just like in America. If anyone feels the least bit anxious, nervous, sad–or any other troublesome emotion–they get “soma.” It’s the perfect mix of drugs with only pleasant feelings and no ill side effects.

The 1 in 6 Americans on antidepressants, antipsychotics, and anti-anxiety medication still have to put up with side effects.

The 50 million plus Americans on psychiatric medication sometimes kill themselves, or go mad and kill others. I guess the government is still working out the kinks. Or it’s just another creative blending of 1984 and Brave New World. In the former, the proles must be properly terrified. 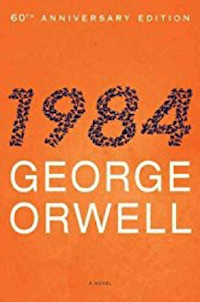 And there is one more thing I can remember from Brave New World that strikes eerily similar to modern America.

At what age does the public education system start teaching sex ed? Kindergarteners in some states receive “age appropriate” – according to the government – sexual education. Some studies suggest teen pregnancies rise in areas where sex ed is taught at younger ages.

How young is too young for a sex change? Kids can now choose between 43 genders, or make up a new one! It’s like Mr. Potato head, but with their own bodies. And they will be given corresponding drugs to enhance the “natural” changes.

In the classrooms of Brave New World:

“We had Elementary Sex for the first forty minutes,” she answered. “But now it’s switched over to Elementary Class Consciousness.”

The Director walked slowly down the long line of cots. Rosy and relaxed with sleep, eighty little boys and girls lay softly breathing…

These dystopian novels were meant to be warnings, not instruction manuals.

[Ed. note: This article originally appeared on The Daily Bell, at this link.]