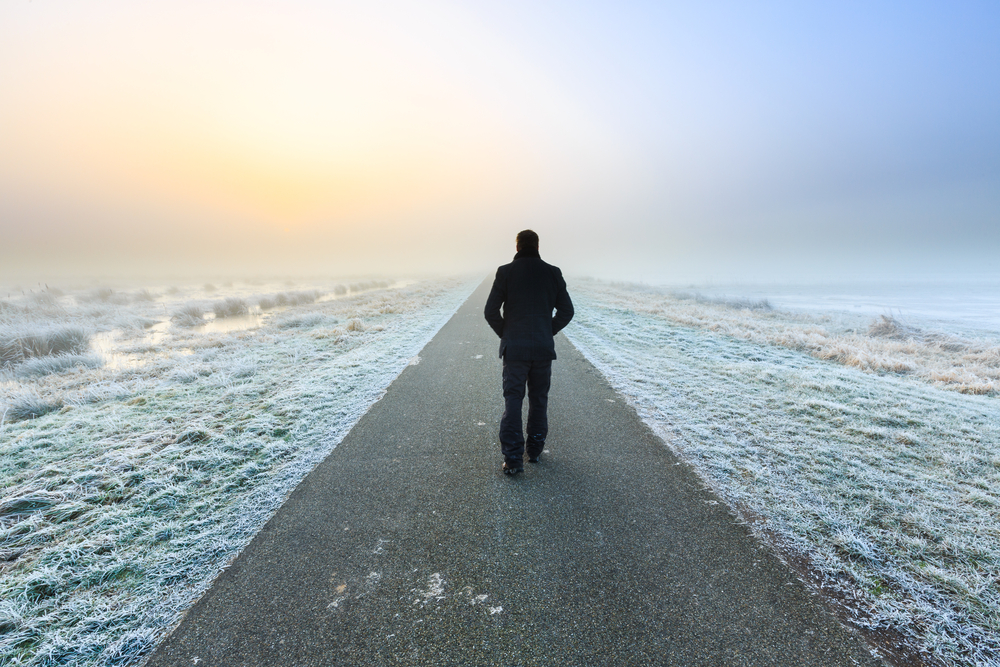 In the wee hours of the morning, as dreams of fat fluffy rolls of toilet paper danced in the heads of the American people, the White House and Congress reached a deal for a $2 trillion coronavirus relief package.

The legislation, which has strong bipartisan support, is the single largest economic stimulus package in American history. (Though Lyndon B. Johnson was known to brag about the size of his stimulus package at the urinal.)

To put that number into perspective, this deal is about 2.5 times larger than the $800 billion stimulus plan passed in 2008, when I was 20 pounds lighter and still had hope and joy in my life.

Mitch McConnell took to the Senate floor this morning, many hours past his bedtime, to announce the historic deal.

“At last, we have a deal. In effect, this is a wartime level of investment into our nation,” said McConnell, who may or may not be confusing COVID-19 with some sort of Kaiju or Japanese monster.

“The men and women of the greatest country on Earth are going to defeat this coronavirus and reclaim our future. And the Senate is going to make sure they have the ammunition they need to do it.”

The exact details of the relief package are unknown (and still being drafted by legislators as I write this). But the White House has confirmed the final bill will include several provisions, including:

With little time to spare before things start getting all Mad Max up in here, the bill is expected to be fast-tracked through the system and enacted before the end of the week.

Treasury Secretary and man who looks like he’s saying “cheese” in every press photo, Steven Mnuchin, said the commander in chief was all about this bill and would definitely sign it when it hits his desk later this week.

“He’s very pleased with this legislation, and the impact that this is going to have,” Mr. Mnuchin said.

As signs of a potential deal drew near yesterday, the DJIA posted its largest single-day gain since 1933. Stocks pushed higher today as the legislation moves swiftly through the house and senate. The Dow Jones Industrial Average jumped by about 450 points, extending yesterday’s historic rally.

[Update: Some additional details of the stimulus package emerged shortly before we go to print. Americans will receive one-time checks of $1,200, $2,400 for married couples, and $500 per child. On top of a broad expansion in unemployment benefits, unemployment assistance will increase by $600 a week for four months.]

The very cool and considerate people at Planet Fitness just charged all its customers for March, despite the chain being closed for pandemic-related reasons.

(Darn. And I was just going to sign up for a gym and get my life together.)

Many of the justifiably enraged customers who called Planet Fitness to cancel their membership were unable to get through to a representative.

The relative few who were able to reach someone were told that they would need to cancel their membership in person.

In the middle of a pandemic.

When all Planet Fitness locations are closed.

In certain circumstances, the company says it will accept a “certified letter” as cancellation for a membership. But that’s not an option right now because all Planet Fitness’s computers are shut off.

If you need to cancel your membership, your only official option is to break into Planet Fitness CEO Chris Rondeau’s house and hand him your cancellation letter personally.

The company says it was totally going to cancel the withdrawal but, by the time they acted, it was already too late (“oh no, I accidentally took all this money and now it’s mi-i-i-i-ine”).

After getting its ass dragged all over Twitter for a day, Planet Fitness announced it would freeze payments going forward.

I’m not going to lie, some folks are pretty cheesed at your old pal Shane right now.

It seems some readers aren’t happy that I’m still doing the whole haha fart-noise shtick “at a time like this.”

I understand where these folks are coming from. People are dying. The economy is shook. Sports is cancelled.

I get it. It’s scary. But I’m going to respectfully disagree with the sentiment that nobody should be making jokes “at a time like this.”

The weight of everything happening right now has to potential to be absolutely crushing. And if I don’t keep laughing, well, I might just cry. (Not literally. Only dead dogs in movies make me cry. But you take my meaning.)

And I’ve got just as many emails, more even, from folks who feel the same. (About the jokes. Not the dead dog movie thing.)

Folks like Randolph H. who writes “You are funny and I’d rather laugh than cry! No tears left!”

Folks like Boris S. who’s “cracking jokes about toilet paper with store staff” just to stay sane and sending me articles about grocery store ghouls buying up everything in sight.

“It’s the Zombie Apocalypse,” says Boris. “But the zombies don’t want to eat you (yet). Instead, they buy everything in sight, usually on credit, and gloat about it.”

Wait, no, that’s one of the bad ones. Ignore that.

From the beginning, One Last Thing has served as a sanctuary from a world that takes itself far too seriously. And I’m not going to let a little ole thing like the apocalypse get in the way of that.

So no matter how bad this gets (and if the models I’m looking at are correct, it’s going to get a lot worse before it gets any better), I’ll be here doing what I do.

*Sits on whoopie cushion with poise and dignity*

More Unemployment Filings Than Any Week in Human History

Speaking of “no matter how bad it gets”, more workers filed for unemployment last week than any other week in U.S. history. (Look at us breaking all the records.)

An estimated 3.4 million Americans filed claims last week according to data compiled by the Economic Policy Institute (EPI). To give you an idea of just how big that number is, here’s a terrifying graph.

Sometimes graphs are hard to understand but think the giant red line has made its point.

“This will dwarf every other week in history,” wrote EPI’s Aaron Sojourner and Paul Goldsmith-Pinkham.

The data is surprising, considering we only started taking this coronavirus thing seriously last week. But as the researchers note in their report, “the true impacts are undoubtedly of larger scale than described here.”

It’s likely we’re just looking at the tip of the iceberg here. Not all unemployed workers are able to file for unemployment and there’s no telling how long the threat of the virus will last.

However, the hilarious comedy duo/heralds of doom Sojourner and Goldsmith-Pinkham acknowledge that these drastic, measures are necessary if the economy is ever to recover.

“American working families are paying a large price through no fault of their own,” wrote Sojourner and Goldsmith-Pinkham. “But there is no shortcutting public health to get the American economy back to work. A healthy economy requires public health.”

The administration is close to passing a $2 trillion relief bill that will expand unemployment benefits and protections. It remains to be seen if what they’re offering is going to be enough.