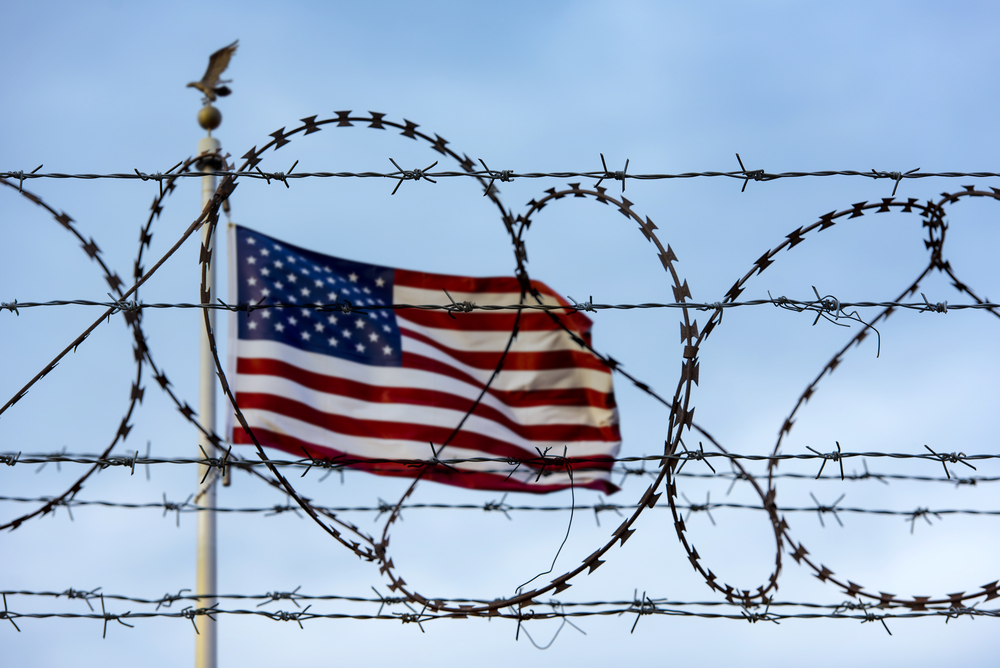 Markets Shudder at the Thought of a Second Trade War

Donald Trump took aim at millennials yesterday, threatening to levy as much as 25% on their beloved avocados. (And everything else that comes out of Mexico, I guess.)

The president announced over Twitter (where else?) the U.S. would levy a 5% taxes on all Mexican goods, starting next month.

The tariffs would be reassessed monthly, and will to as high as 25% “until Mexico substantially stops the illegal inflow of aliens coming through its territory.” (“And the flow of Crunchwrap Supremes™ is doubled.”) 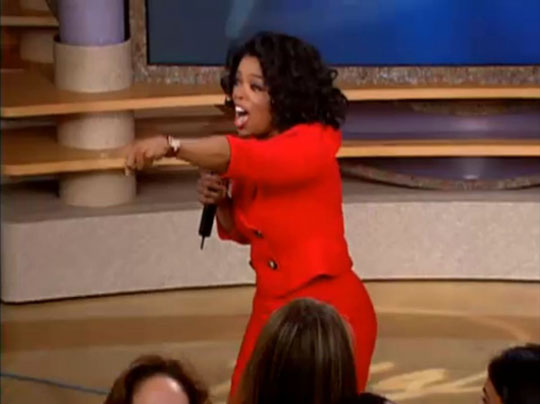 Last year, the U.S. imported $346.5 billion of goods from Mexico, making it the United States’ second-largest supplier of goods in 2018.

(Can you guess who the no. 1 supplier was? I’ll give you a hint: It starts with “C” and rhymes with China… There are no good rhymes for China, ok?!)

When asked if Trump understood that tariffs would be paid by the American — not Mexican exporters — Mulvaney said: “Americans are paying for this right now. Illegal immigration comes at a cost. The American taxpayer is paying for what’s going on at the border.” (“Seriously, it’s costing us a fortune to lock up all these kids.”)

President Andrés Manuel López Obrador said in a letter to Trump that was published late last night that in which he said the issues of trade and immigration should be dealt with separately.

“Social problems are not resolved with taxes or coercive measures,” wrote Lopez. “The Statue of Liberty is not an empty symbol. With all due respect, although it has the sovereign right to express it, the motto ‘America First’ is a fallacy.” 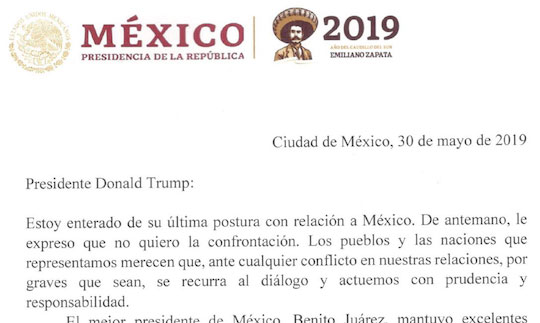 Does President Trump speak Spanish? Maybe Señor Mike Pence could help him out.

Stocks fell across the board, as investors wrestled with the news of even more tariffs. The Dow Jones Industrial Average, the Nasdaq Composite Index, and the S&P 500 all fell 1.12% or more in the morning trading.

What do you think? Has Trump become a one-trick pony, using tariffs to leverage any deal he doesn’t like? Or is this part of a larger plan to bring production home?

Send us an email and we’ll discuss it in the comments section next week.

More than 140 scientists, lawyers, and guys who put CBD in dog food are in Washington today to lobby the FDA to set up a regulatory framework for adding CBD to food, beverages, and dietary products.

CBD is a non-intoxicating component of the marijuana and hemp plants. Some promising research suggests the drug is an effective, safe, and non-addictive treatment for pain, anxiety, and insomnia.

Currently, CBD is sold in everything from bath bombs, to beard oil, to gummy bears. And CVS has even started to sell it in select stores.

But, despite being fully legal under President Trump’s Farm Bill, CBD is still completely unregulated.

That makes folks who are making a living off of this new drug nervous. And it prevents big cautious names like beer-maker Anheuser-Busch from getting in on the action. 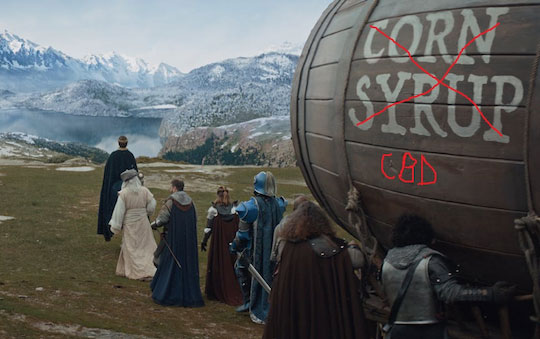 (I gave the graphics department the day off. Get off my back! This looks fine.)

With 140 speakers, the hearings are still going on as I write this. But the theme of the day is that folks want more scientific research done and they want regulation to remove bad actors from the industry.

“This unregulated industry with high public demand and no requirements and oversight for quality that is skirting the edge of legality has ample room for nefarious activity,” said Michelle Peace, who specializes in forensic toxicology.

Right now, dosage and accurately representing that dosage are currently entirely unregulated. According to testing, only about a third of CBD products contain an accurate measurement of the CBD contained in the product.

And that makes everyone look bad.

The market is currently flooded with CBD sellers. But you can expect a lot of the chaff to be cut away when regulation starts. (That means you, Doggy Drug Care.)

“I think we’re going to go through a period of change in this sector, as the early entrants confront regulatory challenges from the F.D.A.,” said Coleen Klasmeier who advises clients in the cannabis business. “And the more established, sophisticated players, as they conclude their assessments of the business opportunities and finish setting up their supply chains and compliance, will start to enter the market in a bigger way.”

The FDA won’t be making any decisions today. And they’ll be taking public comments until July 2. But it’s clear that there are big changes coming for the CBD industry.

Our research team has been digging into an investment opportunity that will be directly impacted by the results of this hearing.

They’ve put all their findings into a report they’re calling Green Friday.

NOTE: This is the last day they’re giving away this report.

Click here now to see how this event gives investors a chance at massive gains like 11,400% on a single stock.

China is Making a List of Naughty Foreign Companies

Like a high school girl with too many beefs to keep track of, China is creating a blacklist of foreign entities it will no longer do business with.

Beijing’s list of “unreliable entities” is said to include foreign (*cough* American *cough*) companies, individuals (I hope I’m not on there), and organizations that violate market rules.

A spokesperson for the Chinese government said the list is necessary “to protect international economic and trade rules and the multilateral trading system, to oppose unilateralism and trade protectionism, and to safeguard China’s national security, social and public interests.” (That’s a lot of pressure to put on a list, guys.) 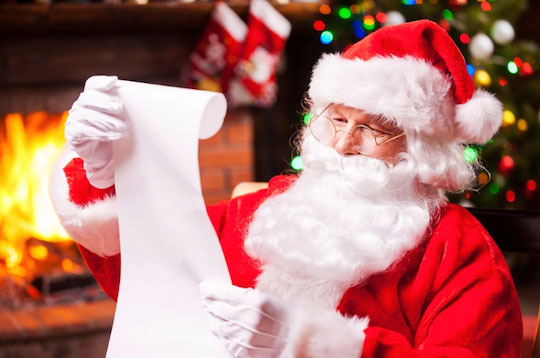 “HO, HO, HO! Who’s been an unreliable entity this year?”

China hasn’t identified which companies will be on the list yet (though can bet your bottom yuan Google (GOOGL), Qualcomm Inc. (QCOM) and Intel Corp. (INTC) —who cut ties with Huawei earlier this month — are all on there.)

But this is clearly a direct retaliation to the U.S. ban on Chinese smartphone company Huawei.

Every Which Huawei but Loose: The Trump administration has banned Huawei from doing business with American companies, saying Huawei’s equipment can be used by the Chinese government to spy on private communications.

China may feel like it has no other choice but to retaliate when confronted by President Trump’s strong-arm tactics. But according to experts, this move only serves to damage Chinese business in the long run.

“This retaliation with Chinese characteristics is unlikely to sway the Trump Administration,’’ said Jude Blanchette, China practice lead at Crumpton Group. “The only certain outcome of this hastily-created ‘entity list’ is to further convince foreign firms that the political and regulatory risk of operating in China continues to rise.”

China: Communist Only in Name

Yesterday, we reported on the crackdown on student communist groups in China.

Students who advocate the core values of communism are being beaten, shamed, placed under house arrest, and some have “disappeared” completely.

This is just the latest in a troubling wave of news coming out of China that points to an increasingly authoritarian, Orwellian state.

In case you missed it, these fun human rights violations have included (but are not limited to):

All this adds up to a tidy little fascist state the Nazis could have only dreamt of. And they achieved it not by expanding outward but turning inward on their own people.

Meanwhile, everyone turns a blind eye because it’s just so hard to argue with those low-low Chinese prices.

What has this got to do with us?

Spare the Road, Spoil the China

The Belt and Road initiative is part of a renewed effort to spread Chinese business and culture across the west.

It’s a modern revival of the old Silk Road, an international trade route that ran between China and the Mediterranean. But instead of trading silk and tea, this time China is selling 5G infrastructure and top-of-the-line citizen surveillance technology.

And if you don’t have the money for those shiny things, China will be more than happy to lend you the dough.

Through this, China can spread its influence across Europe, along with its culture of an authoritarian surveillance state.

All without ever firing a single bullet.

Yesterday, we were discussing the 2020 election, and one of our readers suggested Obama running as a VP as a way to unite the Democrat voter base. Lowell L. (and the constitution) had something to say about that:

However, there’s been some discussion in the legal community that the language in this amendment leaves a loophole open for a president to run as VP.

It’s complicated but the gist of it is:

Really, it’s a bunch legal nonsense. But laws have been made on weaker cases than this.

I don’t think they’d do it. (Because the country would lose its mind.)