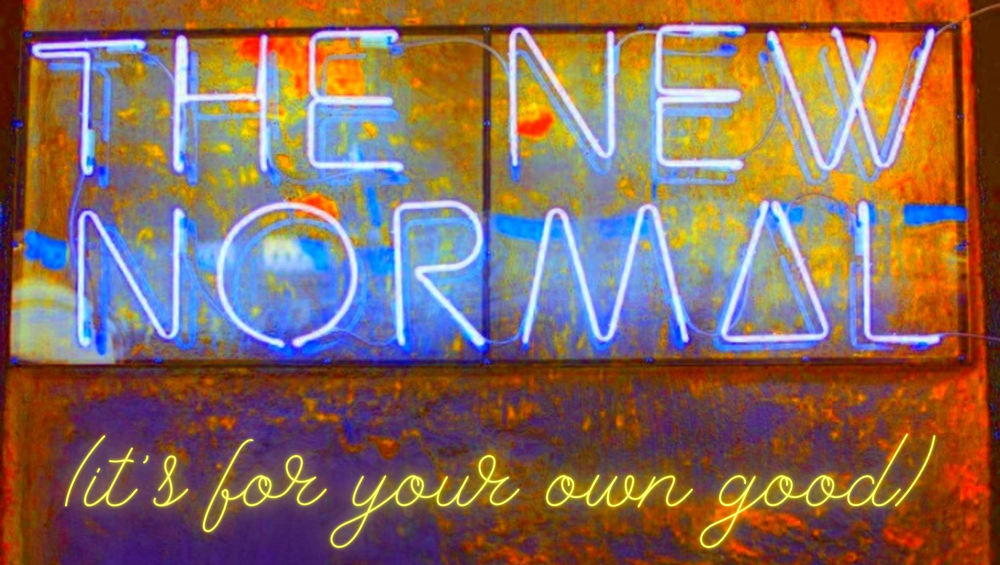 Anatomy of Propaganda: "There is No Getting Back to Normal"

“There is no ‘getting back to normal,” the headline from CNN reads. “We need to accept it.” 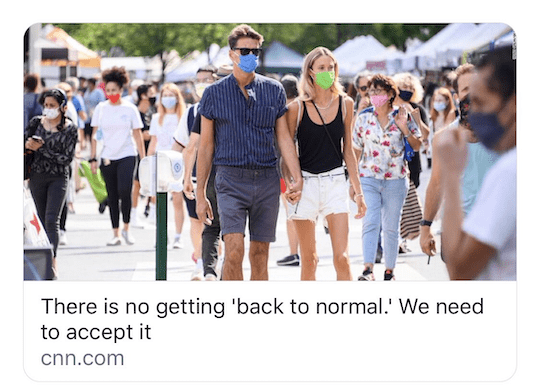 Another version of the CNN article headline points out that “experts say” there’s no getting back to normal. 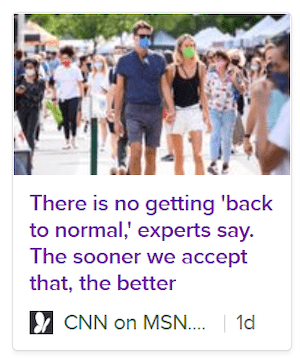 We’ll get to what the “experts” say in the article in a moment.

Probably hundreds of thousands of people have, at this point, scrolled by and mentally “consumed” this headline. Most of which, let’s face it, likely didn’t read the article.

But it doesn’t matter.

The idea, like a worm, has crawled into many of their minds — especially if it invoked an emotional reaction — and found a place to rest its feet.

“There is no getting back to normal. Experts say it. We need to just accept it.”

You’ve probably caught yourself repeating a headline of an article you didn’t read.

This is how emotionally impactful ideas go viral. People repeat them with little reflection.

And this is the true power, if not used responsibly (which it is certainly not), behind the mass-produced mainstream media…

To implant bite-sized emotionally potent and “sticky” ideas into your mind which oftentimes bypass your critical faculties.

And here’s the trick: Typically, the less you read of the article, the stickier the idea.

In today’s episode, we’re going to outline three simple ways you can fight back against these mind viruses and those who mindlessly spread them.

Before we get to that, however, let’s take a look at, and pick apart, the actual CNN article itself.

Remember, the idea presented in the headline is:

Curiously, there were only two experts quoted in the article. And guess what? Neither of them are health professionals.

Thomas Davenport is a professor of information technology at Babson College.

He said, without much by way of proof, this:

“Politicians who pretend that ‘normal’ is just around the corner are fooling themselves or their followers, or perhaps both.”

(I reached out to Mr. Davenport in hopes that we would expand on this statement. Upon writing, no response.)

The other expert, Sonja Lyubomirsky, a professor of psychology, didn’t talk at all about the inevitability of a new COVID-19 normal either.

Instead, she spoke about the human tendency to return back to baseline after emotionally impactful events. And how negative change can disrupt this behavioral response.

“When both good and bad things happen, at first you feel intense emotions,” said Lyubomirsky. “Then you adjust and you go back to baseline. This is much more powerful with positive events. People don’t adapt as completely to negative change in their lives.”

That’s all well and interesting…

But what’s noticeably absent from this article is WHY we should just accept that we will exist, from now on, in a perpetual state of upheaval… as the headline implies.

Lyubormirsky instead talks about two friends who’ve crossed the rubicon into a strange new world where nothing will ever be the same:

“She recalled a vegetarian friend who started eating meat again when the pandemic made it seem pointless. Another friend dyed her hair, without explanation. “She’s like, ‘Because f— it. I’m just going to color my hair blue.'”

“As with everything,” the author of the article concludes, “we will find out just how resilient we are, and the future may seem normal again, however different it is.”

What’s more important than what the article says? What it doesn’t say. The presupposition is laid out in the headline and the article expects you not to question it: COVID-19 has been (and will continue to be) such a massive disaster that there’s no going back to any semblance of normalcy… ever.

Meanwhile, there are plenty of health professionals highly skeptical of this claim.

The mainstream media, however (made up of people who sometimes have the gall to call themselves “journalists”) simply favors a specific narrative, rather than weighing both arguments and reporting the facts.

In one more example, TheWashington Post published this headline:

(If I were a more cynical man, I’d suggest that the guy who owns this paper has some kind of interest in keeping people at home and afraid to go to their local retail stores.)

If you’ve been following our missives, you know why the “at least 1 million people” statement is misleading.

But if you happen to accept that premise — that 1 million people have died directly from COVID-19 — then you’ll more readily accept this one:

“There is no end in sight.”

If you tuned in on Monday, you know this headline illustrates exactly what we outlined as the biggest problem of COVID-19 panic.

So why all of the panic? Simple.

It’s because the way we report the data is just as important as what the data says. And the way we’re reporting it is causing incredible amounts of unnecessary fear and panic.

If journalism were alive and well today, the headlines would look very different. Our journalists would be asking questions in pursuit of truth.

Not throwing out seemingly solid (“THE SCIENCE IS SETTLED”) presuppositions.

And yet, here we are.

Three Ways to Free Yourself

On top of removing news apps, turning off push notifications and blocking fearmongers on social media…

Here are three things you can do.

Now, however, it’s become the exact opposite, a heavily censored platform which blatantly favors Big Media and supranational entities over those content creators who helped build their business.

Problem is, unlike Twitter, you can’t easily, from the platform settings (as far as I can tell) block certain outlets from showing up.

With one click, it gets rid of nearly all of the mainstream media outlets from your Youtube feed. (To boot, you can add new channels, too.) 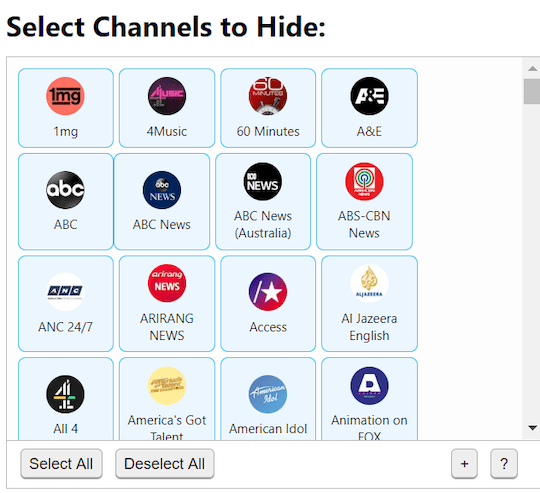 Noiszy: The documentary The Social Dilemmaoutlines in great detail how Big Tech tracks your every move, collects your data, and even uses that information against you.

There is a way, however, to fight back.

But if you’re going to use social media, it’s not enough.

In short, it creates meaningless “noise” and pumps it into whatever site you’re on, making it difficult for Big Tech’s algorithms to track and manipulate you.

Personal discernment: Digital tools are great, but at the end of the day, you can rely only on your own discernment.

Here’s something I’ve been trying to implement into my own life. When you come across a piece of content that emotionally compels you, ask yourself:

#2] If the latter, what emotion is this trying to invoke? And what message is it trying to anchor to that emotion?

Example: “1 million deaths… There’s no end in sight… there is no getting back to normal”

#3] Does this article intend to empower me to expand in my own life or does it pull me into one reality and narrative (the author’s)?

Does it strike fear and offer no hope? Or does it invoke a sense of possibilities and solutions?

Does it seek truth… or does it seek to, as the CNN article clearly does, propagate a specific narrative?

99% of the time when someone is trying to put me in fear before they tell me something…they’re trying to get me to accept something that I wouldn’t normally while I’m calm.

Fear is the mind killer.