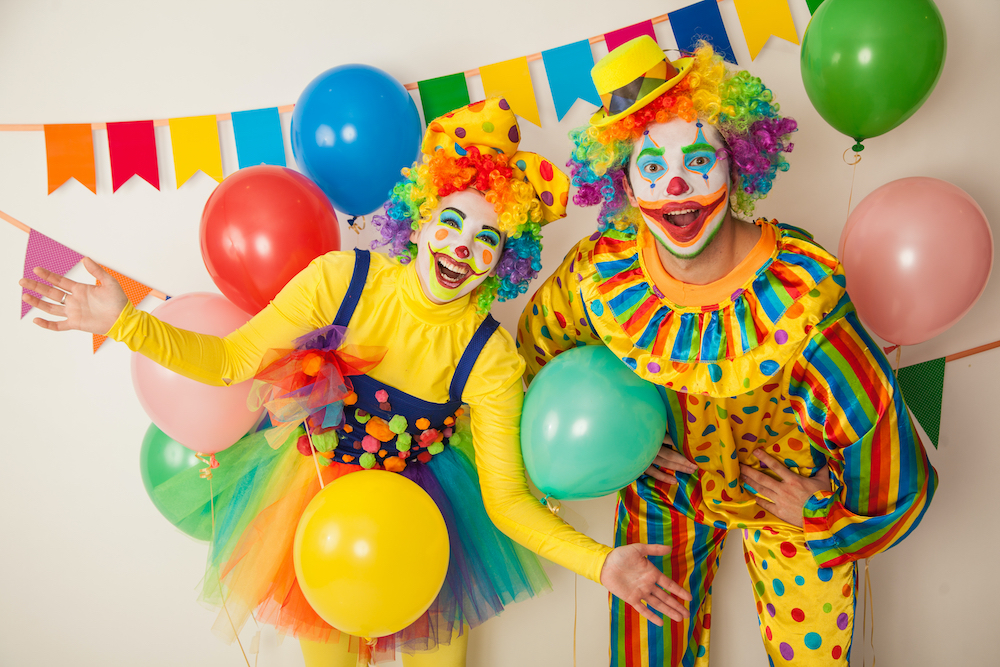 An Airplane "Designed by Clowns"

An Airplane “Designed by Clowns”

A fresh batch of internal communications from Boeing employees reveals that pretty much everybody involved knew the 737 MAX was a flying garbage fire but prioritized cost-saving measures over the lives of their customers and employees.

In the more than 150 pages of documents handed over to federal prosecutors, Boeing employees ridiculed the idiot regulators who approved their 200-seat coffin, as well as their fellow employees who built the plane, and senior leadership who “understand very little about the business.”

With 150-pages of people just kinda being assholes to each other, there’s a ton of nasty little exchanges we could highlight to illustrate just how much of a fiasco the development of the 737 MAX was.

But none said it better than one employee who simply wrote:

“This airplane is designed by clowns who in turn are supervised by monkeys.”

Of course, One Last Thing is proudly designed by clowns and supervised by monkeys. But, then again, we don’t build planes (and the clowns get great pratfall coverage).

One troubling exchange involved a guilt-ridden management pilot woefully lamenting (he really puts some mustard on it) his role in covering up potential safety issues to regulators.

“I still haven’t been forgiven by god for the covering up I did last year,” the prosecutor’s dream wrote in an email. “Can’t do it one more time. Pearly gates will be closed.” (Because the G-man is probably cool with causing one plane crash that kills hundreds of people. But two? You’re testing your luck, buddy.)

Mark Forkner, the chief technical pilot for the 737 MAX (and nerd whose negligence probably directly led to the death of 346 people), described trying to “Jedi mind trick” regulators into forgoing extra training for pilots of the 737 Max.

Obi-Wan Forgosi, who is identified only by his title in the documents, worked to convince regulators that simulator training for the 737 MAX was costly and unnecessary, saying it would cost Boeing “tens of millions of dollars.” (And one or two planes crashing into the ground and killing hundreds of people is very affordable in comparison.)

In one particularly damning exchange during the development of the MAX, one employee asked another if he’d ever put his family on one of these death traps.

“They paint a deeply disturbing picture of the lengths Boeing was apparently willing to go to in order to evade scrutiny from regulators, flight crews, and the flying public, even as its own employees were sounding alarms internally,” said De Fazio.

Boeing’s stock (BA) slipped just 0.84% after the documents were released this morning, but the stock is likely being buoyed by the news that the fatal plane crash in Tehran earlier this week wasn’t its fault (more on that below). But if you were going to blow up a plane and try to blame it on the manufacturer, you really can’t go wrong with a Boeing.

As one employee wrote just months before the first fatal crash: “I don’t know how to fix these things…it’s systemic. It’s culture. It’s the fact that we have a senior leadership team that understand very little about the business and yet are driving us to certain objectives.”

Man, it’s been a rough first week back after the holidays, folks.

I promise next week it’s going to be all Elon Musk hijinks and rich people doing wacky crimes again. I hope. Anyway…

The Ukrainian airliner that crashed in Tehran Tuesday, killing all 176 passengers and crew aboard, was almost definitely caused by a missile attack, according to officials from the U.S., Britain, Canada, and a video I just watched where a missile hits the plane.

Canadian Prime Minister Justin Trudeau, whose country lost 63 citizens in the attack, held a press conference last night where he revealed that multiple intelligence agencies (including Canada’s if you can believe that’s a thing) have confirmed the plane was struck by a missile.

“We have intelligence from multiple sources including our allies and our own intelligence,” said Trudeau, whose beard we will make fun of in a later article but for now he gets a free pass. “The evidence indicates that the plane was shot down by an Iranian surface-to-air missile.”

Back home, President Trump said he believed Iran was responsible for the disaster and dismissed the country’s claim that there was a mechanical issue with the plane. (Y’know, on closer inspection, it may actually have been mechanical. It looks like there was an entire missile stuck in the engine blades.)

“Somebody could have made a mistake on the other side,” said Trump, adding the plane was flying through a “pretty rough neighborhood.” (And I hear the HOA is a real bunch of a-holes.)

Late last night, a video obtained by the New York Times seemingly confirmed these reports, showing a missile streaking across the skies of Tehran before impacting something midair and exploding loudly. 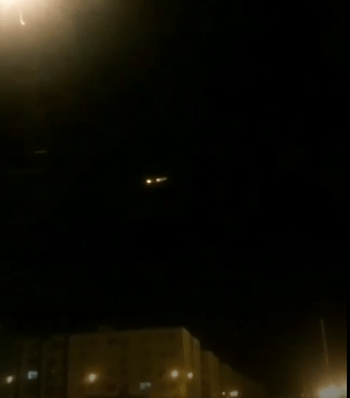 The Times cross-referenced the buildings in the video with satellite imagery of the crash and concluded the explosion occurred at the exact point at which Iran says the airliner’s engine’s supposedly failed.

It’s unclear at this time what steps the international community will take against Iran. But, for now, the leaders are insisting that all evidence points to a stupid accident perpetrated by a bunch of panicky ding dongs.

In more light-hearted news, a key surveillance video from outside of sex-trafficking pedophile Jeffrey Epstein’s cell has been “accidentally” deleted. (Sigh. Fetch me my tinfoil hat, Watson.)

The video, which was taken during Jepstein’s first (and some say only) suicide attempt, has been wiped off the face of the earth due to enough coincidences to make Robert Durst blush.

One of the prevailing theories investigators were exploring was that Epstein’s former cellmate, Nicholas Tartaglione, had been involved in the suicide attempt/maybe was tasked with bumping off the dude.

Tartaglione’s lawyer says that the video from outside the cell proves his client’s innocence. However, the Metropolitan Correctional Center says it’s done a whoopsy and deleted that video.

According to the court documents, the MCC accidentally preserved a video from that date and time but it was of a different part of the prison.

“After reviewing the video, it appeared to the Government that the footage contained on the preserved video was for the correct date and time, but captured a different tier than the one where [Epstein] was located because the preserved video did not show corrections officers responding to any of the cells seen on the video.”

Now, any human being with a barely functioning brain would wonder why there isn’t backup of all this footage. Well, Barely Functioning Bob, that’s an excellent point.

The MCC does in fact keep a backup of all footage. But a review by the FBI found that the backup system was also erased “since at least August 2019 as a result of technical errors.”

Now, if that doesn’t make you want to quit your job and start a conspiracy podcast I don’t know what will. (And when you do, hit me with a link. I’ll be your first listener.) 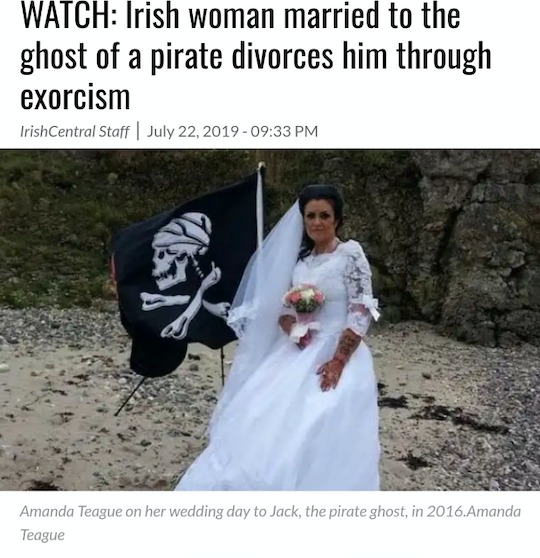 This Decade, Investors are Looking to Israel

At the start of the decade, you could stick your money in one of any FAANG stock (Facebook, Apple, Amazon, Netflix, Google), forget about it, and make a killing.

In the 10 years since, those young, vibrant companies have gone on to become the biggest, most powerful institutions in the world. But they’re no longer the sure thing they once were.

Amid widespread calls for regulation and industry privacy scandals, the FAANG gang have started to underperform when compared to their younger, more nimble rivals. Which has got everyone asking, who will be the next Google, Amazon, or Netflix?

Noted tech futurist George Gilder, who predicted the iPhone more than a decade before its release, says it might be time to look to the Middle East.

A Strong and Sturdy Way to Play the New Economy

If you have read my book, The Israel Test, you know that there are many reasons to love Israel and invest in it.

Take Gerard Frigon, founder of Taylor Frigon Capital, for example. He is a faithful Catholic with a fervid belief in Israeli technology.

It reached a recent peak when he needed to refurbish his company’s web site. After sampling U.S. solutions that cost some $20,000, he discovered an Israeli company called Wix.com. Wix’s software as a service enabled him to do his ecommerce site himself in a more resourceful and engaging way for between $20-50 per month.

“The tools that they gave me make it absurdly simple to run everything from a basic display site to an ecommerce bazaar,” Frigon told me in his home on a hill in Paso Robles, CA.

Then he invested in Wix (NASDAQ: WIX) for his fund, and it went up 555.32% in three years. Like 70 other Israeli firms, from AudioCodes (NASDAQ: AUDC) business Skype calls to Tower Semiconductor (NASDAQ: TSEM) analog chip fabs, Wix turned out to be readily purchasable on the NASDAQ.

With such investments, Frigon has created a lucrative outpost of Israel deep in the vineyard country of the central coast of California.

If you have a tumor, or a need to circumnavigate traffic, or a desire for artificial intelligence (AI), or are in need of merely a fast, easy way to imprint your t-shirt, Israeli companies have unique solutions for you.

Or to sum it up, if you need to turbo-charge your investment returns, Frigon has an Israeli solution for you.

Just by buying the shares of these U.S. companies, you end up with a significant stake in Israel. Even just living in America you benefit from Israel’s ever advancing “Iron Dome” missile defense components and systems or from its multiple contributions to American fighter jet designs.

But since its 2015 inception, Frigon’s fund has outperformed the vast majority of other U.S. mutual funds by plunging deeply and directly into an array of Israeli companies. Israel is central both to its growth fund and his company’s unique Israeli-only separate account strategy.

Israeli winners tend to be generalists, combining into a breakthrough synthesis the key advances of the day, from 5G wireless to the internet of things (IoT), from information theory to biotech, from analog chips to the Cryptocosm of blockchain and smart contracts.

Even Vitalik Buterin formed the global blockchain smart contract leader, Ethereum, after a visit to Israel. As the Frigon team has proved, if you seek a simpler more robust way to play the new economy, you simply cannot beat a series of investments in Israel.