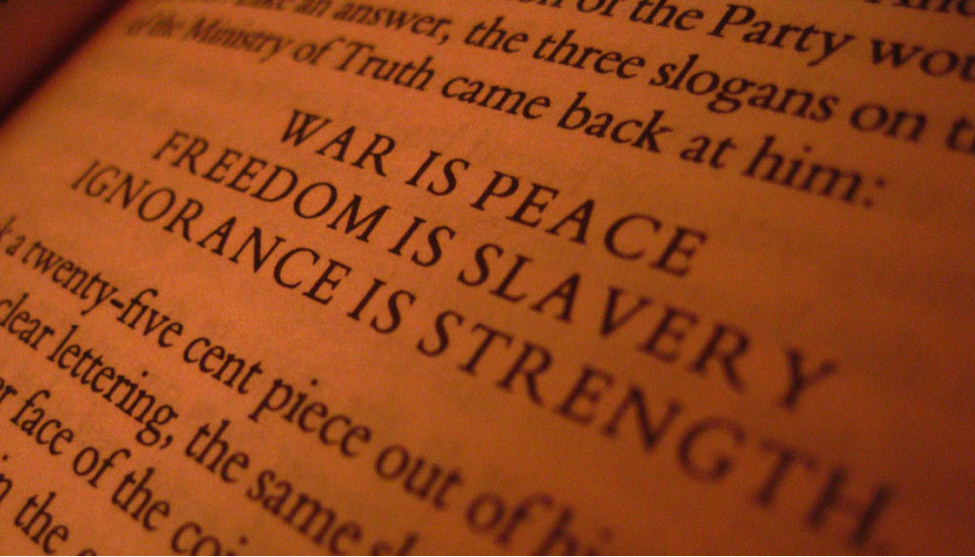 America’s “Ministry of Truth” Opens its Jaws in June

In George Orwell’s 1984, Oceania has the Ministries of Love, Peace, Plenty and Truth.

The Ministry of Love spreads fear and inflicts suffering and misery on those who do not express undying love for the State.

The Ministry of Peace keeps the world in a perpetual state of war in order to keep the people confused, afraid and ignorant.

The Ministry of Truth is the propaganda arm for the State. On the outside wall of the Ministry’s building, you’ll find its slogan: “War is Peace. Freedom is Slavery. Ignorance is Strength.”

On June 21, due in large part to the death of the mainstream media, America will receive her own Ministry of Truth.

Since our minds are starting to reject and even retch at the exposure of Fake News (AKA propaganda), the goal, it seems, is to plug our noses and force it down our throats.

This time, though, the plan appears to be to infiltrate the alt-media. 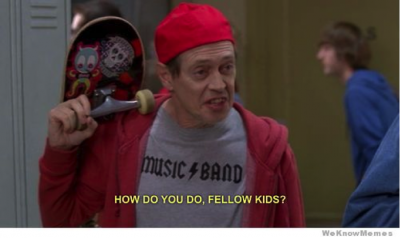 This monumental (and ultimately futile) task will be attempted through the establishment of a brand new government agency (yay!) called the “Global Engagement Center.”

But, of course, we prefer to call it what it really is… the Ministry of Truth.

The Ministry of Truth is part of this year’s National Defense Authorization Act (NDAA). The NDAA, as you likely know, outlines the new wasteful and liberty-crushing projects which litter the above-ground military budget for the year.

Obama, as he is wont to do, signed this year’s steaming pile of excrement while nobody was looking — on Christmas Day. In six months, on June 21, the Ministry of Truth will go live.

Many of these shills will be obvious. Some of them will not be.

They will try to teach us that 2+2=5. They will likely do their best to spread seeds of confusion, separation, division and discontent. 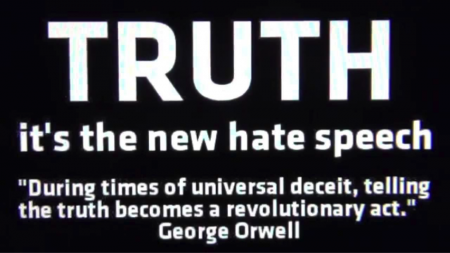 Such a drastic pushback from the Powers That Were reeks of desperation.

The Ministry of Truth will spend at least $80 million dollars to spread propaganda to a public that’s largely rejected its propaganda machine.

Yet, with that said, it’s wise to understand the scheme Pinky and the Brain have cooked up this time. To give us the particulars of this new “Global Engagement Center,” we invite Paul Rosenberg to the show.

Paul has scrubbed through the text of the bill to show us precisely what we should expect from the Gods of Truth at your Friendly All-Seeing Ministry.

The Ministry of Truth Opens June 21

This is neither a joke nor an exaggeration. Everything we’ll cover here has already passed both Houses of the US congress and was signed into law by Barack Obama on December 23, 2016. You can find the entire 969 page bill here (PDF).

This new organ of the state, called the “Global Engagement Center” is of immense scope.

Here are some particulars:

It will address all information — from anyone — that might affect “national security,” a term which is not defined, meaning that it can be defined however it suits the people in charge.

It is authorized to work with deep state players and their networks of power, which again, are not specified.

It will be promoting its own versions of truth.

It will do this through a network of sycophants and partners, none of whom are named.

They’ll be running their own surveillance.

Maintain, collect, use, and disseminate records… for research and data analysis of foreign state and non-state propaganda…

Its funding isn’t really specified, but significant numbers are used.

The department will be spreading a lot of money to a wide range of sycophants and partners.

It is authorized for eight years.

The Center shall terminate on the date that is 8 years after the date of the enactment of this Act.

It is set up to take over Radio Free Europe, Radio Free Asia, and the Middle East Broadcasting Networks.

If the Chief Executive Officer determines at any time that Radio Free Asia is not carrying out the functions described in this section in an effective and economical manner, the Board may award the grant to carry out such functions to another entity.

… may condition annual grants to RFE/RL, Inc., Radio Free Asia, and the Middle East Broadcasting Networks on the consolidation of such grantees into a single, consolidated private, non-profit corporation…

The states will be forced to remain in lock-step.

No State or political subdivision of a State may establish, enforce, or continue in effect any provision of law or legal requirement that is different from, or is in conflict with, any requirement or authority applicable under this Act…

The safeguards are non-specific and toothless.

The Inspector General of the Department of State and the Foreign Service shall respect the journalistic integrity of all the broadcasters covered by this Act and may not evaluate the philosophical or political perspectives reflected in the content of broadcasts.

Here, in summary, is what this means:

I should add that salvation via the Trump administration should be considered a wild long-shot at best.

The entire intelligence apparatus will be strongly behind this. The heads of the NSA, CIA, DIA, the Pentagon, and a dozen others will be telling Donald and his boys that it means life or death. And beside, it’ll already be in place; it won’t be Trump’s fault.

I hasten to remind anyone leaning that way to remember the words of Lord Acton. Every time we’ve forgotten them, they’ve come back to bite us:

And remember, where you have a concentration of power in a few hands, all too frequently men with the mentality of gangsters get control. History has proven that.

Neither Trump nor his people bear the nature of angels. The bureaucrats at the State Department don’t either, nor do their NGOs, think tanks, academics and business partners.

Power will do what it always does.

[Ed. note: This article originally appeared on the Freeman’s Perspective blog right here at this link.]