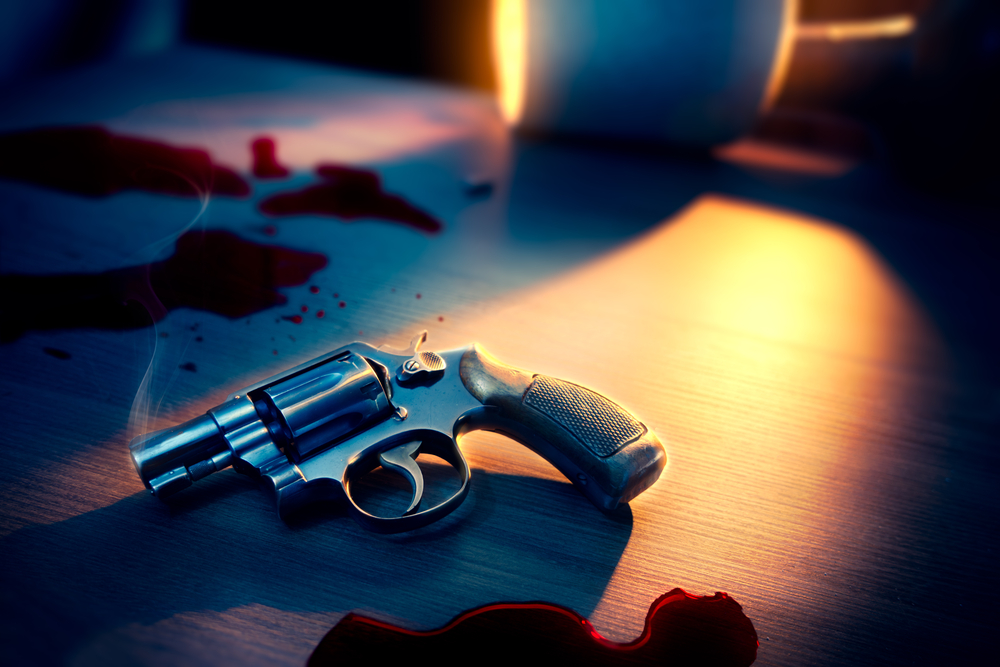 Amazon has started manipulating its algorithm to boost its own products and profitability, according to a report by the Wall Street Journal.

The Jeff Bezos Everything Store has long denied accusations that its search results favor Amazon Brand crap over its competitors’ products (usually with the half-assed defense that maybe “our products just happen to be exactly what the customer wants, bro”).

As it turns out, they may have been telling the dumb truth the whole time. Well, up until recently that is.

Per the report, “people who work on” Amazon’s search team (AKA Jeff Force Five) said that executives instructed the team late last year to tweak the algorithm to show “more profitable items” first.

According to the whistleblowers (which come with two-day shipping if you sign up for Amazon Prime), the change is the culmination of years of infighting between retail execs and the Amazon search team based in Palo Alto, California.

The members of the search team said they objected to the algorithm adjustment because it conflicts with Jeff Bezos’s “customer obsession” mantra: “Leaders start with the customer and work backwards.”

“This was definitely not a popular project,” one of the search team members told the WSJ. “The search engine should look for relevant items, not for more profitable items.”

In an emailed statement to the WSJ, a spokesperson for Amazon denied any wrongdoing (because it’s harder to defend yourself in court later on when you’ve already confessed to the crime in a national newspaper).

“We have not changed the criteria we use to rank search results to include profitability,” said Amazon spokeswoman Angie Newman.

“Amazon designs it’s shopping and discovery experience to feature the products customers will want, regardless of whether they are our own brands or products offered by our selling partners.”

Now, you might be saying “so what if Amazon manipulates their search results, Shane? It’s their store, Shane? Isn’t that just like a supermarket deciding what shelves to put its products on, Shane?”

Well, you’re not 100% wrong, Doreen. But the issue is complicated by Amazon’s size and the disproportionate role it plays in the online retail industry.

In 2019, almost half (49%) of all productssold online were sold through Amazon. The company’s slice of the online market grows every year. While at the same time, the growth of online retail is far outstripping that of brick-and-mortar businesses.

It’s not hard to imagine a world ten years from now where the majority of all products are purchased through Amazon. And in that world, Jeff Bezos’s weird corporate cult gets to decide which products live and which products go to die on page 5 of the search results.

Now, the folks in Washington aren’t particularly well-known for their imagination (or their smarts, compassion, or any other quality you’d generally consider a positive attribute for a human being to have).

But they are finally starting to realize that companies like Facebook, Amazon, and Google have amassed an inordinate amount of control of the online space in just a few short years.

Whether you agree with that or not, the fact remains that the government is taking steps to curb that control.

In the last two weeks alone, two bipartisan groups of attorneys generals have launched broad antitrust investigations into both Google and Facebook. (Poor Google has every state’s attorney general on its butt except its buddies from California and Arizona.)

Amazon is already under antitrust investigation in the EU (or as they call it there: le antitrust avec fromage). And these allegations are just the smoking gun that American lawmakers need to launch their own investigation.

And with the big three players on the internet hobbled by investigations that could go on for years, well, that leaves the door wide open for change.

According to our analysts (and some big-name futurists we share a coffee machine with), these revelations mark the end of the Wild West Days of the internet.

There’s a brand-new digital infrastructure in the works and it’s based on a revolutionary technology. This tech has already minted at least 23,943 millionaires. But according to a study from MIT, it’s going to reach “critical mass” in 2019.

To find out how to profit from this historic shift before it’s too late, click here for a special report.

Three of JP Morgan’s precious metals traders were charged yesterday with participating in a multiyear scheme to manipulate the markets (AKA “working at JP Morgan”).

Federal prosecutors added three indictments to an ongoing criminal probe into trading violations that allegedly occurred at JP Morgan between 2008 and 2016. (And probably before then too. But you have to stop investigating somewhere.)

(Ed note: To clarify, these men trade precious metal. I wasn’t saying that they trade metal and, as a separate note, were precious. Though I’m sure Gregg, Chris, and Mike are all adorable in their own right.)

Spoofing is the practice of placing orders with no intention of buying. You drive the prices up (benefiting other trades you’ve placed) and then you cancel the order before it goes through.

The federal prosecutors say the fine folks at the largest bank in the United States made thousands of illegal trades over the course of an eight-year period. (You don’t get to be the largest without making some squiffy trades.)

Each of the three precious boys was charged with one count of conspiracy, along with several other federal crimes for good measure.

“It’s truly regrettable that the DOJ decided to go forward with a prosecution of Mike Nowak, who has done nothing wrong,” said David Meister, who has to say that because he’s Mike Nowak’s counsel. “We look forward to representing him at trial and expect him to be fully exonerated.”

Investors Pull Millions of Dollars of Gold out of Hong Kong

Investors are moving their physical gold out of Hong Kong as political unrest turns to political we-may-never-rest-again.

According to gold merchants in Hong Kong, gold is being shipped to Singapore and Switzerland en masse as investors search for an offshore safe haven to store gold that is actually, you know, safe.

Joshua Rotbart, whose company sells gold to investors, told the Financial Times that millions of dollars’ worth of (what unimaginative journalists call) “the yellow metal” was being moved out of the city.

“We don’t see any interest from new purchasers of gold to keep it in Hong Kong at the moment,” Mr Rotbart said. “If someone now buys gold they will keep it elsewhere, and the immediate alternative is Singapore.”

Earlier this month, Global Gold, a Zurich-based precious metal company issued an alert recommending its clients consider storing their gold in another location (that that doesn’t have Chinese tanks parked on the border) and other companies have followed suit.

“With China’s presence overlooking Hong Kong we’ve always kind of had that in the back of our mind anyway,” Scott Schamber, managing director at Global Gold, told the Financial Times.

There’s no telling how long these protests will last. But one thing is for sure: financial havens like Singapore and Switzerland only stand to profit from Hong Kong’s fall from grace. 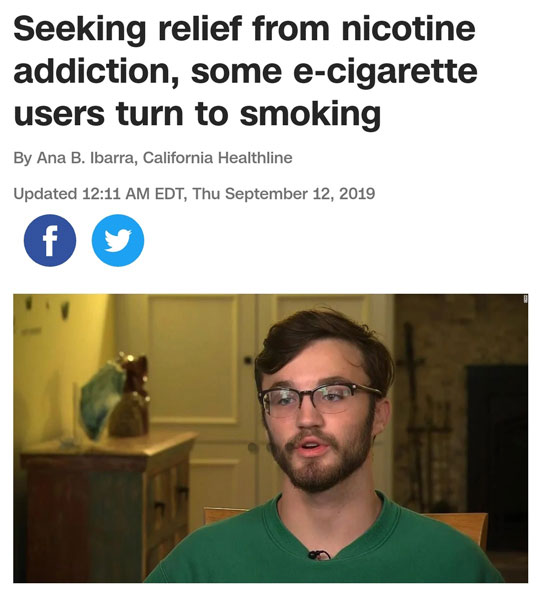 (If you missed yesterday’s One Last Thing, you can get up to speed right here.)

You can pick up these collector’s items online for less than a hundred dollars.

Adjusted for inflation, interest and other fees, each of these bonds is now worth millions of dollars each. It’s estimated that all the bonds in the U.S. total around $1 trillion of debt in today’s money.

But, as you recall from yesterday’s issue, China has no intention of paying out on these bad boys.

That said, there was one person who was able to make China cough up the dough they owed.

When notoriously bad sleeper Margaret Thatcher negotiated in the 1980s to return Hong Kong to China, she got the Chinese to throw in a little sweetener.

As part of the deal, she convinced China to pay Britain’s Chinese Imperial bonds.

In total, China paid out 20 million pounds to British bondholders.

Not bad, but a paltry sum compared to the $1 trillion of Imperial debt held by Americans.

But there could be an opportunity to cash in these bonds on the horizon. And it may be approaching fast.

As the details of Jeffrey Epstein’s far-reaching crimes continue to roll out after his death, he’s become an all too familiar name in the pages of One Last Thing. But reader Lowell L. has a burning question that we haven’t touched up until now:

With all this reporting on Epstein and young girls (some allegedly as young as 11 or 12), one question has gone largely unanswered or even raised by the media. What I would like to know is where were the parents when all of this was going on? Who lets a twelve-year-old travel to some island with an adult man? Even those young women who were 15 or 16 should still have been under the supervision and protection of a parent or two. Where were the parents during all of this? Why has no one raised this question in the media? Do you have any thoughts on this?— Lowell L.

Like all sex traffickers, Lowell, ole Jepstein targeted the most vulnerable members of society. According to the 2008 Miami investigation, almost all of Epstein’s victims came from “disadvantaged families, single-parent homes or foster care,” with several girls just “one step away from homelessness.”

I’ve heard one interview with a woman who allowed her children to fly with Epstein because “he was friends with Stephen Hawking” and that carries some street cred apparently. But in most cases, these were young girls living in poverty with no real tangible support system.

As one girl abused by Epstein told the Herald: “We were stupid, poor children. We just wanted money for school clothes, for shoes. I remember wearing shoes too tight for three years in a row. We had no family and no guidance, and we were told that we were going to just have to sit in a room topless and he was going to just look at us. It sounded so simple, and was going to be easy money for just sitting there.”

What I want to know is which millionaire assholes, politicians, and Hollywood elite knew about Epstein’s “fondness” and did nothing about it. Every single one of them should be named and shamed before this whole ordeal is over.