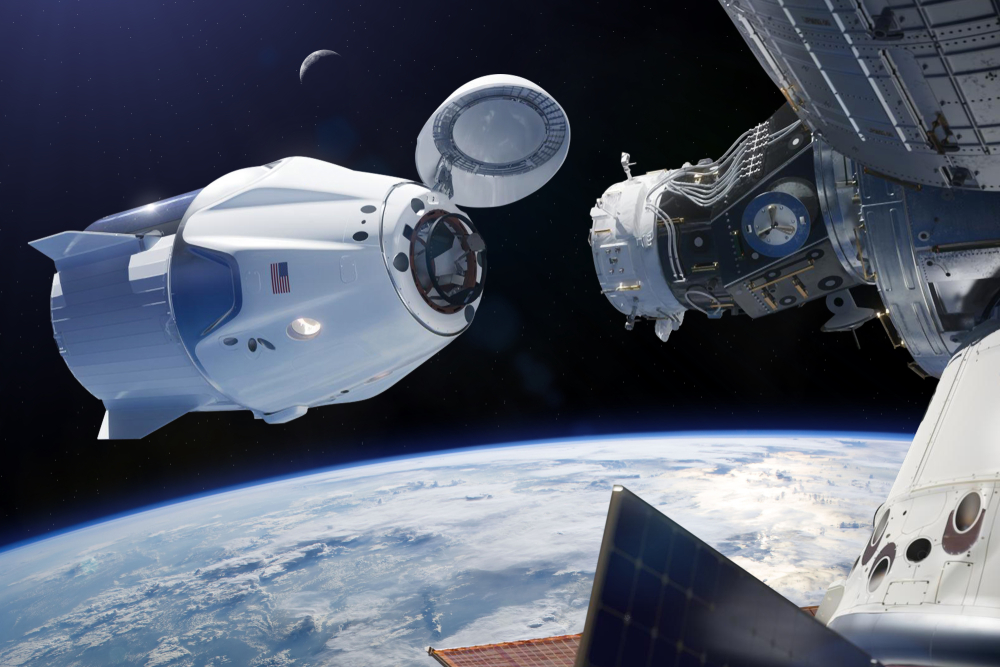 A Rocket Ship for Two

A Private Rocket Ship for Two

The historic flight will transport two astronauts to the International Space Station (ISS), where they’ll bum around and do space stuff for a couple of months with NASA astronaut Chris Cassidy and Russian cosmonauts Anatoly Ivanishin and Ivan Vagner.

Completing this mission is the final box SpaceX needs to tick to get NASA approval to shoot official NASA dudes and dudettes into space (and charge the government $90 million for a seat in its Space Uber).

The Crew Dragon, named for its ability to ferry a live crew and “do cool stuff like a dragon,” has already flown several successful unmanned missions — as well as several slightly less successful, more explodey ones.

The Elon Musk-owned aerospace company says it’s since patched out all the explosions and has taken to publicly referring to its failures as “gifts” that made the company safer. (Which is exactly what my Aunt Dory calls the little poops her incontinent cat leaves all over the house.)

Elon Musk’s space dragon will be crewed by two veteran NASA astronauts, Bob Behnken and Doug Hurley, who will be hoping for clear skies and a day without any of SpaceX’s little “gifts.”

Reportedly, Bob and Doug are #bestbros who met in NASA astronaut school and have been training for this mission for more than two years. (As someone who has been mentally preparing himself to mow the lawn for more than two months now, I can relate.)

After NASA ended the Space Shuttle Program in 2011, the US has been dependent on Russia’s Soyuz capsule to ferry its astronauts to the ISS for about $80 million a seat.

Not wanting to be reliant on a country that kinda hates us every time we wanna go to space, NASA started working with the private industry a few years ago to bring spaceflight back to the US. (Also the in-flight movies on the Soyuz suck.)

NASA’s Commercial Crew Program awarded SpaceX and Boeing contracts to develop their own spaceships, allowing the companies to give the ships whatever dumb name they wanted to apparently, and launching a private industry space race.

When the Crew Dragon takes flight this afternoon, SpaceX will become the first ever private company to shoot dudes into orbit. After which it will be cleared to fly official NASA missions and charge a cool $90 million a seat. (A little more expensive then Russia was charging, but it’s worth it to not have to not have that layover in Kazakhstan every time you want to go to space.)

The Crew Dragon will take off on the back of a Falcon 9 rocket at NASA’s Kennedy Space Center in Cape Canaveral, Florida, at 4.30 PM EST today.

Apple said it will reopen 100 US stores this week, with most locations offering curbside surface like the world’s most expensive kebab stand.

The Church of Latter Day Jobs shut its stores worldwide in the early days of the pandemic. But with cases trending downward, Apple has moved to reopen stores across the US, with some fun restrictions in place.

“This week we’ll return to serving customers in many U.S. locations,” Apple said yesterday in a statement. “For customer safety and convenience, most stores will offer curbside or storefront service only, where we provide online order pick-up and Genius Bar appointments.” (How could society possibly function without the Genius Bar?)

A few stores in areas with low infection rates will be opening with walk-in service with a cool new dystopian cyberpunk aesthetic.

Stores will require all customers and employees to wear masks and have their temperature checked with a little laser gun before entering.

Additionally, Apple will be limiting the number of customers allowed into stores and will add additional cleanings throughout the day. (And the extra cleaning shouldn’t be too much hassle since Apple stores are just one big easy-to-wipe-down surface.)

Earlier this month, the Steve Job’s Fragile Legacy Company reopened 30 stores in states with low infection rates and lots of wide-open spaces. With this week’s openings, about 130 of Apple’s 237 US stores will be back in business.

The EU unveiled plans for a $826 billion coronavirus rescue package to try and salvage the failing economies ravaged by the global pandemic. (The economies that were only lightly ravaged can also have a little funding as a treat.)

Under the proposal, which would need unanimous approval from its member nations to pass, the European Commission would borrow the funds from the market and distribute them to… well, mostly Italy and Spain.

The majority of the funding will be allocated to the nations worst affected by this generally sucky time that we’re all having. Italy and Spain, with 27,000 deaths and 33,000 deaths respectively, would benefit the most from the proposal.

(Is it a coincidence that the sexiest European countries have the highest transmission of the virus? I don’t know. I’m not a doctor. But those countries are awfully sexy. Lotta kissing going on there. I would imagine. Not that I’m imagining that right now. I’m speaking theoretically. A lot of theoretical kissing going on over there.)

The EU’s blueprint was received positively by France, Germany, Italy, and Spain. But European analysts predict a financially conservative group of nations known as the Frugal Four will move to block the proposal. (The Frugal Four, Marvel’s least fun superhero team, is comprised of Austria, Sweden, Denmark, and the Netherlands.)

“We either all go it alone, leaving countries, regions and people behind and accepting a union of haves and have-nots, or we walk that road together,” said Commission Head Ursula von der Leyen.

The EU is aware that if the economies of its member nations start to tank, it could drag the whole bloc into an economic freefall. But the fiscally conservative countries in the north are resistant to taking on mutual debt to fund the recovery of the organization’s more frivolous and aggressively sexy members. 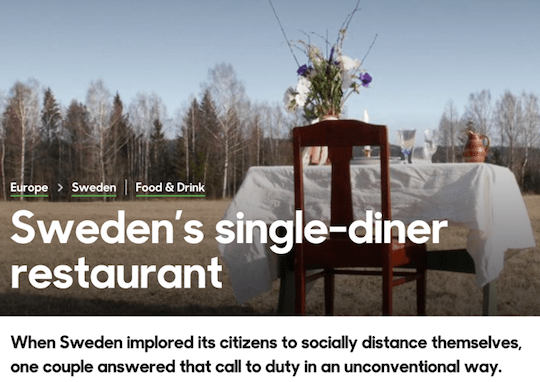 Warning: A Crash is Coming

If you’ve been watching the markets over the past few weeks, you could be fooled into thinking the economy is in pretty good shape. As states start to reopen and investor confidence surges, the markets are on a tear upwards.

[Editor’s Note: Yup, that’s me: writing a fourth-wall breaking intro for a bombshell article that will show we’re heading for a financial collapse on the scale of the Great Depression. Little did I know, my whole world was going to change that day. *Electric guitar noise*]

In today’s one last thing, our macroeconomic expert Graham Summers reminds us why we should never confuse investor enthusiasm with a healthy economy (and reveals the worst is yet to come).

Short and Long-term Roadmaps for the Markets Today 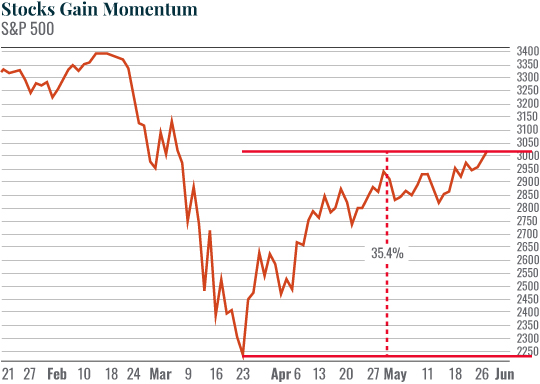 Why is this happening?

After all, the U.S. economy is clearly in a depression.

Many economic metrics are showing their largest declines in history.

This is happening is because central banks have just printed $4 trillion and funneled it into the financial system. To put that number into perspective, it is nearly as large as the GDP of Japan — the third largest economy in the world.

And central banks have done this in a mere 12 weeks!

Taken together, this is an even larger monetary intervention than the one central banks employed during the Great Financial Crisis of 2008.

Just compare the jump in the Fed’s balance sheet over the last month to the one that occurred in 2008 (red circles in the chart below). The difference is truly incredible! 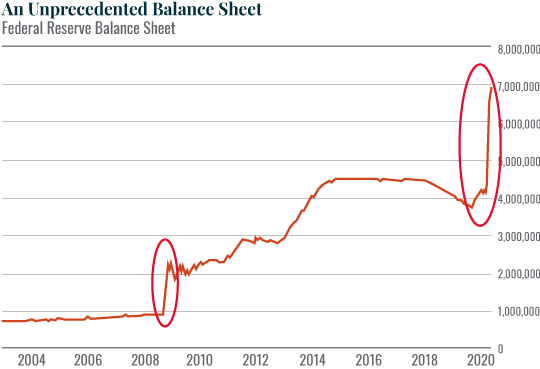 However, printing money is a very different thing from creating jobs or economic growth. And while stocks might be moving into “la la land” based on the Fed’s easy money, I am increasingly concerned that the U.S. is facing a prolonged economic collapse or the Great Depression 2.0.

Put another way… thanks to the Fed, stocks are having a sugar high right now. But the reality is that going forward, the markets have a VERY difficult economic environment to stomach.

If you don’t believe me, consider what Warren Buffett is doing today compared to what he did during 2008.

Keep Your Eye on the Exits

During the 2008 Crisis, Warren Buffett famously wrote an op-ed in TheNew York Times: “Buy American. I am.”

And Buffett wasn’t just saying this. He was buying stocks hand over fist, putting billions of dollars’ worth of capital to work in Goldman Sachs, Bank of America, Dow Chemicals, and others.

Now compare that to today.

During the current crisis, Buffett is not buying stocks at all. In fact, he’s dumping huge quantities of stocks.

All told, Buffett sold 21 stocks, worth billions of dollars, in the last four months. He’s unloaded large portions of his holdings in Goldman Sachs, JPMorgan, and other large banks, as well as multiple airline stocks, pharmaceuticals, and energy stocks.

Whatever Buffett is seeing in the economy that is making him do this is NOT good.

Now… am I saying that stocks will crash today or this week? No!

What I am saying is that there are MAJOR risks in the economy today. And those risks present a MAJOR problem for the markets, once we get past the excitement of the economy reopening.

For this reason, it’s important to keep an eye on the exits with this market. Sure, let your stock investments ride for now… but be ready for another crash later this year.