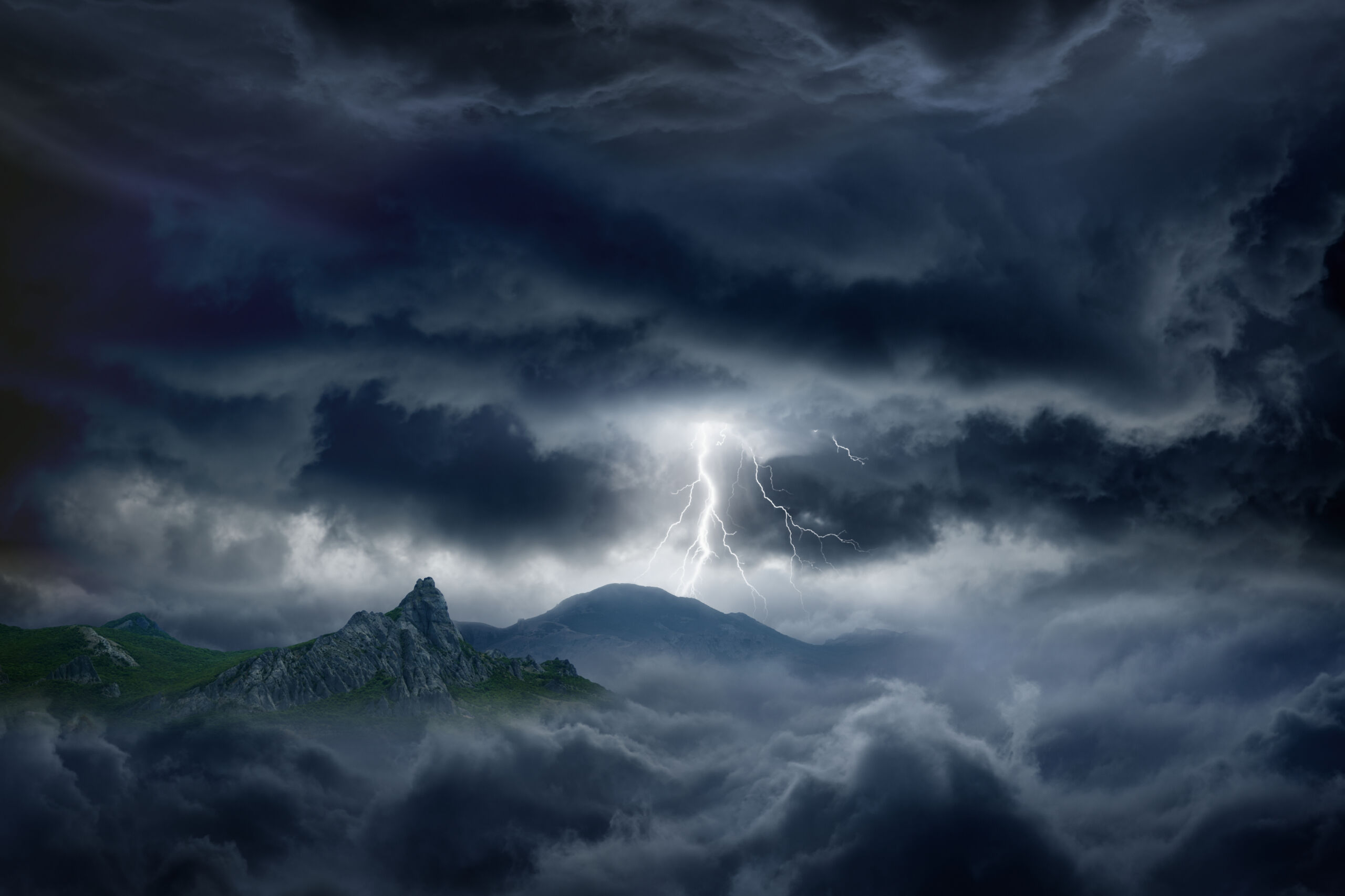 A Mountain of Pain

Bank of America Sees a Mountain of Pain on the Horizon

Bank of America logged a 52% drop in profit last quarter, as the bank battened down the hatches for an incoming crap hurricane.

Until now, the federal government has been able to kick the can of total financial devastation down the road with stimulus funds and protections for businesses and regular ding dongs alike.

But, like my grandfather used to say, “stimulus checks and government protections will eventually run out, causing widespread bankruptcies, layoffs, and shutdowns.” (That was part of my grandmother’s eulogy. He was a strange man.)

Back in April, when this whole pandemic malarkey was kicking off, comrades Cheesecake Factory and Subway led a corporate boycott on rent payments due to losses caused by the coronavirus.

To avoid beefing with some of their favorite customers, banks issued a 90-day forbearance on corporate debt — essentially giving companies a three-month long debt holiday. (If you hang a stocking on the fire place during Debtmas, JPMorgan CEO Jamie Dimon will come down your chimney and stare at you disapprovingly.)

Those 90 days will run out in exactly *checks calendar of scantily clad bank CEOs* one day ago. Yup, we’ve officially run out the clock.

With the losses from the shutdowns, and market uncertainty due to spikes in the virus, bank executives are expecting an [insert weather metaphor here] of missed payments.

Bank of America (named after 36-year-old Ugly Betty star America Ferrera) isn’t the only one squirreling nuts for the long financial winter ahead.

According to reporting by the Wall Street Journal, the biggest banks in the US set aside more than $28 billion last quarter, in preparation for the mountain of ouch on the horizon.

Shares of Bank of America (BAC) fell 3.9% when the markets opened Thursday morning, and are down about 30% year-to-date.

Dozens of high-profile Twitter accounts were hacked last night, and I can’t believe no one has leaked a photo of a billionaire’s penis yet.

The hackers could have blackmailed billionaires with private conversations, used the influence of high-profile account holders to start wars, or, at the very least, tweeted some goofs from Elon’s account.

Instead they used the historic breach to push an amateur Bitcoin scam.

Once Twitter realized how widespread the hack was, it took the drastic measure of locking down all verified accounts. And for a brief, beautiful moment, every celebrity on the planet was unable to tweet, and peace and harmony was restored to the Twittersphere.

That the hackers were able to take control of so many high-profile accounts suggest that they found a loophole in Twitter’s security system, rather than having actually hacked each of the accounts individually.

So, feasibly, these dudes could have taken control of the accounts of world leaders and started a whole bunch of fun wars before anyone knew what was going on.

According to tech site Motherboard, folks in underground hacker communities online have been sharing screenshots of an internal Twitter tool that was allegedly used to take over the accounts. 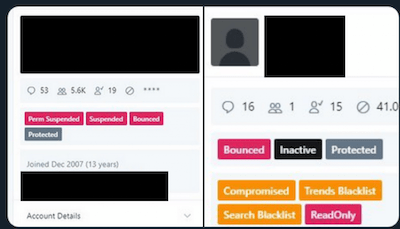 Oh no, they suspended her perm! (Source: Motherboard)

Share of Twitter (TWTR) fell 3.7% in the morning trade, as representatives in Washington voiced their bipartisan disapproval for Twitter’s complete ding dongery.

“While this scheme appears financially motivated…imagine if these bad actors had a different intent to use powerful voices to spread disinformation to potentially interfere with our elections, disrupt the stock market, or upset our international relations,” Democrat Senator Ed Markey said in a statement. 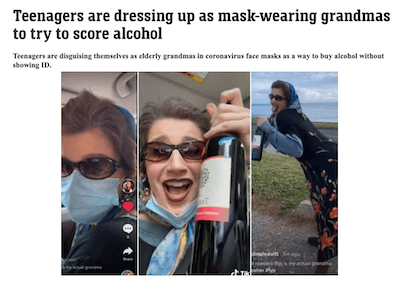 I’ve received a number of emails asking for my thoughts on cryptocurrencies.

First and foremost, I must warn you, I am a no-BS type analyst. So, if you want me to write something fluffy because you personally are a big fan of crypto, don’t read another word.

It’s not that I’m opposed to cryptocurrency per se, it’s that I know how the central banks work and what they have planned.

First let’s address the technology itself.

If you need a real-world example of this, think of the electronic music file or MP3 revolution.

The first phase was Napster: the sharing of music in what was later deemed as illegal activity (the legal framework was not yet ready for the technology).

Then along came iTunes: the normalized version of the technology in which MP3s could be bought and sold in a legally acceptable form.

Bitcoin and cryptocurrencies are currently in the “Napster” phase of their development. As such, I am inherently wary of them.

Moreover, we’re in something of a mania for this with over 5,000 currencies in the world.

I believe over 99% of them are ultimately worthless.

A Central Bank Digital Currency Would Wash Out the Rest

Because at some point, the US government will push for the introduction of some kind of cashless means of exchange. We know that as far back as 2017, the Fed was already studying this issue:

As the price of the cryptocurrency continues to soar, the Federal Reserve apparently is giving thought to having a product like bitcoin for its own.

William Dudley, president and CEO of the Federal Reserve Bank of New York, said at a conference Wednesday that the Fed is exploring the idea of its own digital currency, according to reports from Dow Jones.

Any product likely would be well off in the future, he said, adding that it would be “very premature” to estimate when the Fed would come up with its own offering, according to Bloomberg. [Emphasis my own.]

Fast-forward to February 5, 2020. Lael Brainard, who sits on the Federal Reserve’s Board of Governors (which is in charge of establishing Fed policy), stated the following:

Given the dollar’s important role, it is essential that we remain on the frontier of research and policy development regarding CBDC… we are conducting research and experimentation related to distributed ledger technologies and their potential use case for digital currencies, including the potential for a CBDC. We are collaborating with other central banks as we advance our understanding of central bank digital currencies. [Emphasis my own.]

Here is a senior member of the Fed stating point blank that the Fed needs to introduce a central bank digital currency (CBDC) in order to maintain the geopolitical standing of the US dollar.

The fact that Brainard mentions this RIGHT after discussing China’s plan for a sovereign digital currency tells us that this is a matter of national security for the US.

The Most Powerful Competitor in Any Market

What do you think will happen to over 99% of cryptocurrencies when the Fed announces “Fed Coin” or whatever its CBDC will be called?

They will go to zero.

Also, once the Fed introduces its own cryptocurrency, EVERY other cryptocurrency would then exist in direct competition to the Fed’s CBDC. This opens the door to charges of counterfeiting and other federal felonies.

Currently crypto does NOT compete with the Fed because the Fed doesn’t have a CBDC yet. Once it does, everything changes.

Let me put it this way… what happened to Napster when iTunes showed up?

Bear in mind, Apple the company is nowhere near as powerful or formidable a competitor as the US government. Someone might win a lawsuit against Apple. Very few people win lawsuits against the U.S. government.

For that reason, I tend to steer clear of all crypto investing. Again, it’s not that I’m against the technology per se, it’s that I understand what central banks are doing.