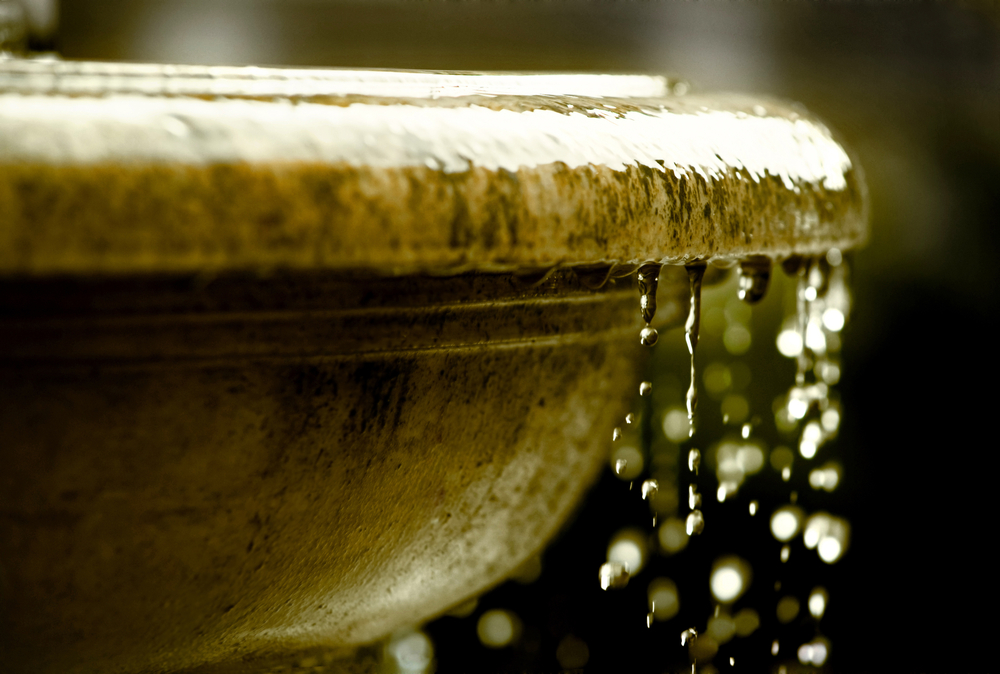 It looks like we’re finally through that weird awkward stage where streaming was “killing the music industry.” (We should have known there’s no way to kill something that does that much drugs.)

After years of declining sales and aged rockers preaching about dark forces of the internet, the music industry has fully embraced the era of streaming and booked its third year of growth in a row.

(Coming soon: The One Last Streaming App. Right now, the only song we have is Tusk by Fleetwood Mac. We’re hoping to lock down the rights to Prince’s worst song by the time we launch in 2020.)

Revenue fromstreaming — including paid and ad-supported services — surged 26% to $4.3 billion in 2018, which is about 80% of the industry’s total revenue for the year.

Paid subscriptions grew 31% to $3.3 billion. While ad-supported services (that slowly drive you insane with ancient torture techniques until you buy the stupid subscription service) grew 25% to $427 million.

Even physical sales are on the rise after years of decline, with CD sales growing 5% to $485 million. Though it’s not hard to “grow” when last year’s sales amounted to six Phish Albums and the Michael Jackson Collection boxset. (It was before that documentary, okay!)

Sales of vinyl albums continued to grow as the entire population of the United States steadily transforms into one giant hipster named August Juniper Umlaut III. Sales grew 13% year-over-year to $224 million, or 4% the total revenue.

What do you think about the rapid rise of streaming?

Did the best model for distributing music win? Or are we just handing over the reins of yet another industry to a small few big tech companies?

Click here to send me an email and we’ll discuss it in the comments section next week.

The attorneys generals of eight states and the District of Columbia announced this morning an antitrust investigation into the privacy violation app — sorry, social media app — Facebook.

“I am proud to be leading a bipartisan coalition of attorneys general in investigating whether Facebook has stifled competition and put users at risk,” said New York Attorney General Letitia James in a statement.

“We will use every investigative tool at our disposal to determine whether Facebook’s actions may have endangered consumer data, reduced the quality of consumers’ choices, or increased the price of advertising.”

The antitrust investigation will probably be focused on user privacy, the acquisition of Instagram and WhatsApp, allegedly manipulating advertising prices, and whatever creepy and weird stuff the company does between now and then.

If this news sounds slightly familiar to you, it’s just because there’s a lot of this government-taking-down-big-tech stuff going around right now.

Earlier this week, the Wall Street Journal reported that more than 30 states will announce a large scale antitrust investigation into Google on Monday, Sept. 9. (According to the WSJ’s favorite source: “people familiar with the matter.”)

Investigations of this size can go on for years. And as they progress, they will likely rope in and hobble dozens of Silicon Valley’s biggest tech companies.

This is all part of a bipartisan crusade to weaken Big Tech’s stranglehold on the internet. And whether you agree with it or not it’s coming.

According to my analysts, this is the end of the Wild West Days of the internet. And from the ashes of all those Minion’s memes will grow a brand-new digital infrastructure based on a strange new technology.

This tech has already minted at least 23,943 millionaires. But according to a study from MIT, it’s about to reach “critical mass” in 2019.

If you’d like to know more about how this new tech will transform the internet as we know it and mint thousands of new millionaires, click here for a special report.

Boris Johnson is in a Spot of Bother

It’s been a jolly bad week for our old friend the Prime Minister of Britain.

Old Boris is barely in the door of number 10, and all his chums in parliament have suddenly decided he’s the worst person in the world and should go somewhere damp and smelly to die.

This week has been setback after setback for the little Prime Minister with the candy floss hair (and at least one child out of wedlock), culminating in his own brother disowning him.

Johnson’s objectively better-looking brother (he really is a cracker in comparison) said this morning he was “torn between family loyalty and the national interest” and was stepping down as both a government minister and member of Parliament. 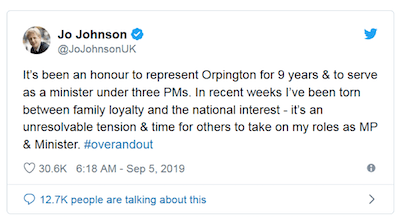 Yes, yes, over and out, old boy. We’ll have a smoked kipper and some sandwiches with the crusts cut off when this whole thing has blown over.

Johnson’s betrayal of Johnson (not that one, the other one) comes hot on the heels of several devastating blows to Johnson’s plan to rip the country out of the EU on Oct. 31 with no plan and no safety net place.

On Tuesday, a defection from Boris’s government robbed the Prime Minister of his single-seat majority in parliament. Later that day, a further 21 members of Parliament joined the opposition and took control of the chamber’s agenda.

Since then, Parliament has blocked Johnson’s plans for a no-deal Brexit and halted an attempt to call a snap election that could return power to the tiny windswept goblinoid.

The British government is in a bit of a shambles right now and there’s a real sense that anything could happen in the coming weeks. But it’s looking more and more likely that little Boris will be heading to the EU, hat in hand, begging “please sir, can I have some more… time to come up with something that kinda maybe resembles a plan.”

Bro. When will we learn that flavorless alcohol-infused beverages are a finite resource?

In probably-too-good-to-be-true news, a group of Los Angeles-based scientists believes it accidentally discovered a way to reverse the aging process in humans.

Over the course of a year, a small group of volunteers took a cocktail of drugs (sounds more fun than it is) that caused them to age backward. According to the researchers, the participants aged backwards an average of 2.5 years.

“I’d expected down of the clock, but not a reversal,” researcher Steve Horvath from the University of California, Los Angeles told Nature. “That felt kind of futuristic.”

The researchers weren’t actively trying to reverse the aging process of the patients in the study. They were simply trying to examine the effects of a growth hormone on the thymus gland, which helps with the body’s immune functions.

Yet, after a year of taking the drug cocktail, the participants’ immune system boosted and their “epigenetic clock,” which is used to measure aging, had been turned backward.

For now, the researchers are optimistically cautious about the findings. Apparently, the study was conducted on only nine people and with no control group to compare the results (which is barely a study at all).

Still, the results were startling. And the researchers hope to retest the effects in a controlled study with different age groups, ethnicities, and women.

If they can replicate the results, it could profoundly change the way we treat diseases and aging. (And I can go back to being a rad teenager with a skateboard and a mullet.)