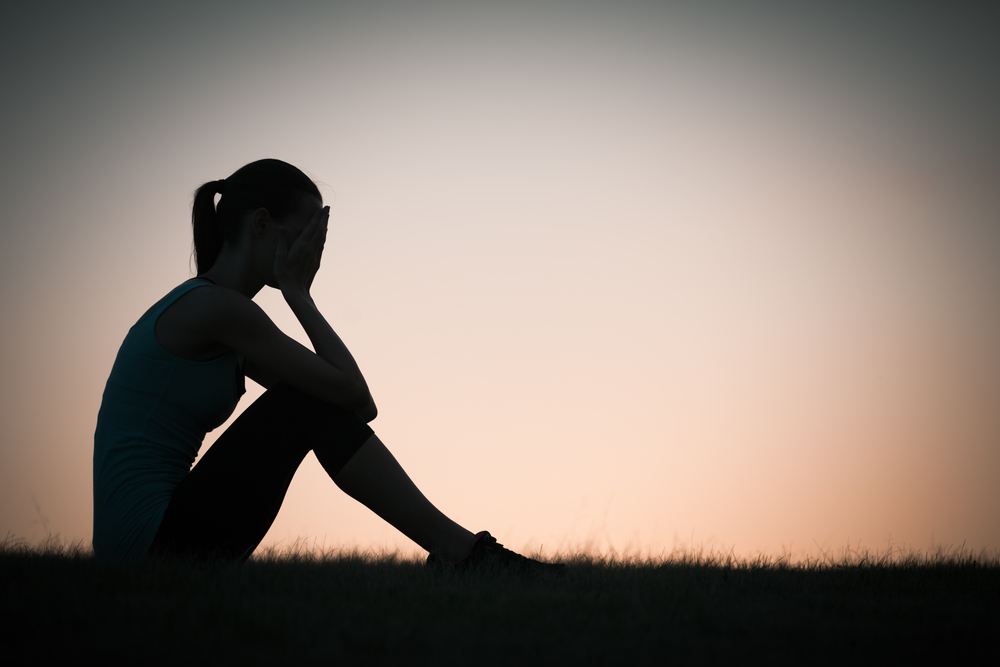 8 Strange Ways Your Regrets Can Save Your Life

Guilt is an incredibly powerful emotion. At this point, I’ve had more friends and family allow guilt to take them down than I can count on both hands.

And, thing is, we ALL have it. And can relate to stories of regret holding other people back.

One of Carl Jung’s great contributions was his discovery that we all have a “shadow self.” And there’s a proper way to deal with the shadow self — and another, more passive, way that leads to self-destruction.

The theory goes: There are parts of ourselves we don’t necessarily like.

Maybe cultural influences told us not to like them. Maybe they embarrassed our family growing up. Maybe we saw a commercial when we were two and “they” said we had to be a certain way or people wouldn’t like us — and we believed them.

So, we tend to ignore, shut out, push away those parts.

But, problem is, they don’t go away. Rather, they grow a strange foothold in the back of your mind. Instead, said Jung, they develop into a “shadow self,” that, if left neglected, has the potential to bite back. To wreak havoc on your entire life — leaving you in shambles.

The biggest challenge, Jung made clear, is accepting all of ourselves as we are, in full.

“The most terrifying thing,” he wrote, “is to accept oneself completely.”

New-Agers think they can just imagine “Ishtar” with a sword, swirling around 7 planets, and “he’ll” be able to beat back the bad stuff.

That might sound crazy to anyone who doesn’t live in Sedona, sure.

But it’s essentially the default coping mechanism for everyone, whether they’re lighting incense for Ishtar or rushing into their sixteenth marriage.

“Imagine that something external is going to come in and fix it for me.”

Truth: Nothing’s coming to save you from yourself. There is no cavalry. You are all you’ve got. And there are parts of yourself begging for your attention. Looking at them might be the scariest thing you’ll ever have to do — but it’ll be worth it.

“Enlightenment is not imagining figures of light but making the darkness conscious.” -Carl Jung

While some let things like guilt, shame and regret beat them into submission, others use it as a springboard for a higher level of growth — unreachable, it seems, to those who haven’t gone through the process.

Who haven’t dealt with the “dark stuff.”

One aspect of this phenomenon is called “posttraumatic growth.”

It happens when one undergoes a significant life-changing psychological “shift” as a result of how they deal with trauma.

Because, of course, it’s not the trauma doing it to the person — it’s how the person is reacting to it that informs any results.

Meaning… how you feel and think is your responsibility.

I know firsthand this is a tough pill to swallow when battling feelings of regret, shame or dealing with trauma of some sort.

But there’s a way to combat it.

And when you do, you’re able to transmute those powerful emotions into something constructive… rocket fuel… and raise yourself to greater and more magnificent heights.

To speak a little more about how you can use those feelings, namely regret, to propel you into the stratosphere, we invite a long-time LFT contributor (who hasn’t shown his face in a while), Nate Rifkin.

Today, Nate’s going to show you 8 ways he started moving through the “dark stuff” and cleared the way.

And when you do, too, you’ll find plenty of room and fuel necessary to do what needs done in your life. You’ll find the clarity necessary to know what to do — and to do the right thing.

I focused on the gaps between my footfalls – when I floated through space, and my spine lengthened and aligned. Then, when my feet landed, coiling like springs… I focused on blasting off again, from my hips.

It was around 8AM, just south of downtown Baltimore, at the Inner Harbor. I sprinted up the corner of Federal Hill. It’s a manmade hill cut like a trapezoid, overlooking the harbor and buildings.

During a nighttime thunderstorm over 156 years ago, General Benjamin F. Butler led a thousand Union troops to the hill, where they secured a fort. They dug their heels in, for the entire Civil War.

That morning, I used the unnaturally steep incline to challenge my muscles, lungs, and nervous system.

The effort triggered a gush of growth hormone through my system.

And all kinds of pleasurable brain chemicals began flooding as I did some chi gung afterwards, amidst the trees. Usually playing with one tree.

Back when I lived in downtown Baltimore, that was my Saturday ritual. Usually, I’d sip some water mixed with a pre-workout stimulant, while walking to the hill. Later I discovered it was spiked with amphetamines. No wonder I felt so amazing.

I regret not performing the ritualized workout more often. These days, instead of taking a full week to recover, I do stair sprints every 3rd day. If only I’d kept up this pace in Baltimore. I imagined how much less stressed I would have been, how much more creative, and how much healthier.

While pondering this, I decided to list out a bunch more regrets. But not one-off opportunities I didn’t take, or single mistakes I made. Or anything to do with predicting the future. Instead, I wrote only about habits. Here they are:

Already covered this one above.

I was too lazy, didn’t see the value, assumed they’d take my energy away from other projects, or feared I’d run dry on creativity.

None of this turned out to be true. Once I kicked the laziness to the curb, I discovered putting energy into writing that’s fulfilling, delivers me more creative energy. And rather than running out of things to say, I’m downloading more. Much to the chagrin of many, I’m sure.

I used to let myself sleep in, and wake up “naturally” – figuring this would give me more energy. But instead, it settled me into a subtle malaise. Now I set a wake-up time that’s just a little bit “too early” and I feel more energized.

This year, I’ve been fascinated in how tight and misaligned my hips have been for decades. And how much emotional gunk has been trapped in there.

Relaxing and aligning them (with virtually zero stretching involved) has been exquisitely slow. Like a flower blooming. Fun to witness. But I regret not starting sooner.

(Notice how these first four regrets revolve around energy, with a focus on health?)

When I lived in Colorado for the first time, I was shy and egotistical and terrified and made almost zero friends. I drank. I cried. Then I went bankrupt and crawled around the bottom for a few years.

My second time in Colorado, I met friends and friends of friends, and now maintain a MasterMind in the industry I love. Great connections, answers, vendors, and clients are an email away. I get special access and prices (sometimes this price is free – or I get a valuable service nobody else could even pay for). I have zero fear of becoming financially destitute again (unless we experience a devastating global financial catastrophe, and I’m still working on that fear). This (almost total) lack of fear isn’t derived solely from my income, or even mostly. It’s the knowledge that I have relationships with great people.

For years, I coasted by on writing that was “good enough.” I could have stayed that way. And lived on a relatively stable income. Now I see I was turning my nose up at sharpening my skill, because I feared the work and the new territory. No more.

I hated company parties. So I hated myself for hating them.

I worried about my zany thoughts, so I kept them to myself.

Nowadays, I simply avoid the stupid party – if it’s too loud to hear people speak. Otherwise, I tolerate it just fine.

And now I blurt out my thoughts. People either engage, or we both learn we’re not a match for each other.

However, my thoughts were not always blurt-able. Some still aren’t. Which is why I regret…

From someone competent. Someone great.

Because the best therapy is someone empowering their psychology to help you detox yours.

The benefits are exponential. When your brain is optimized for what you want to feel and experience, all your results come easier.

Positive-minded coaches are fantastic to help you drive ahead. But sometimes you get stuck from moving forward until you work out the psychological vines twisted around your ankles.

I’m glad I still feel a tinge of regret for everything I wrote about here. Because it reminds me to keep doing them. More. I wonder what I’m not considering now, that I’ll regret next year? Or five years from now?

How about yourself. What habits do you regret not doing a year ago? Five years ago?

What habits and rituals would you BEG your children to do?

Are you doing them now?

Nate Rifkin has gone from tens of thousands of dollars in debt, bankrupt, and making $10.50 an hour… to becoming financially self-reliant. Today, he helps businesses generate millions of dollars with their marketing. He’s publishing his bizarre life stories and controversial strategies for success at www.NateRifkin.com