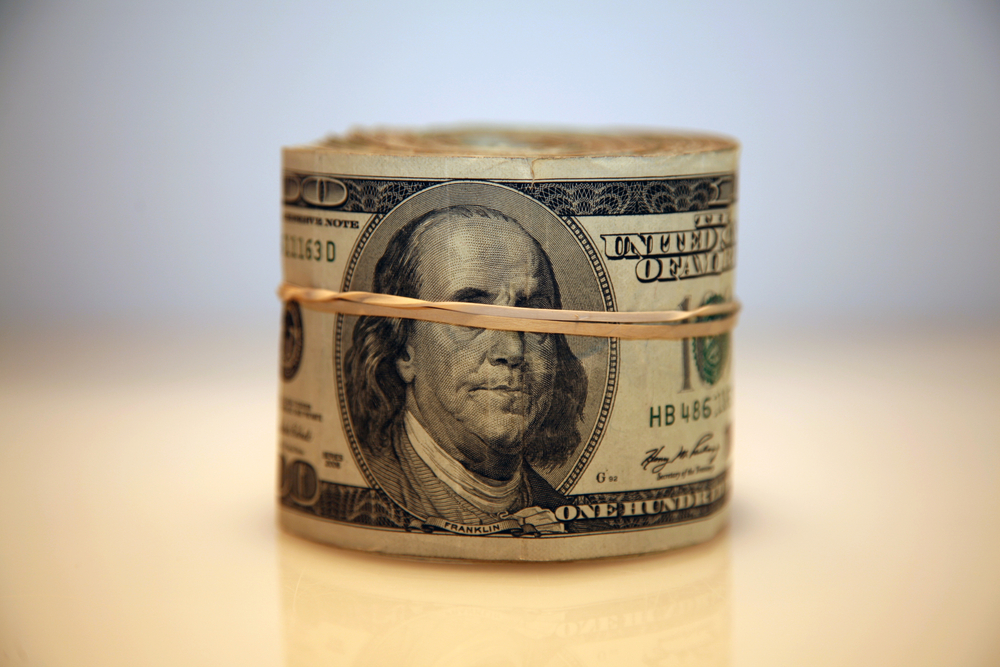 Nikola Bought Its Flagship Truck Design From Some Guy

The designs for Nikola’s flagship electric truck were bought from some dude in Croatia, according to a report by the Financial Times.

This contradicts the adorably romanticized version of the story Nikola has been shoveling, where founder Trevor Milton toiled away on the design of the “Nikola One” in a dingy basement. (Why are supposed geniuses always making their great innovations in basements and garages? Go inside the house, you dorks. There’s amenities and stuff.)

The probably-not-designed-by-Trevor truck is at the center of a $2 billion lawsuit against Tesla, alleging Tesla stole Trevor’s very cool truck idea. In its rebuttal to the lawsuit, Tesla said Nikola couldn’t protect the designs because they didn’t actually design them.

According to the FT’s report, Trevor took a trip to Croatia in 2015 and brought back a design for a whole electric truck as a souvenir. It’s unknown exactly how much money Milton supposedly paid for the truck design, dubbed the “Roadrunner” by Croatian designer Adriano Mudri. 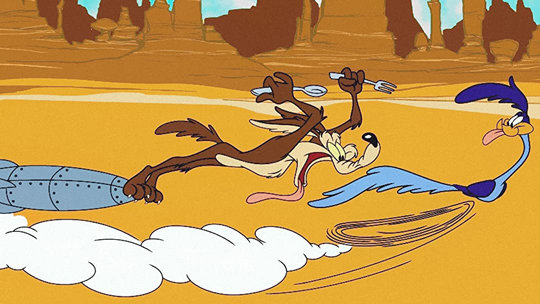 File footage of Trevor Milton designing the Nikola One.

Tesla’s legal defense maintains that Milton failed to disclose to the US Patent and Trademark Office that he bought the concept from some Croatian dude and thus the filing was invalid.

Nikola, however, maintains the Roadrunner and the Nikola Truck are two distinctly separate designs, despite a leaked email referring to the development as the “Nikola Roadrunner Prototype Project”.

“The Nikola One truck was designed and patented by Nikola,” said Nikola in a statement. “It is commonplace to license third-party designs during vehicle development, and although early in the process Nikola purchased a license to Adriano Mudri’s designs, he was not part of the design team and his designs are materially different from the design invented by Nikola for the Nikola One.”

This is just the latest twist in series of increasingly twisty twists, after short-seller Hindenburg Research accused the company of fraudulent behavior earlier this month.

President Trump pays less federal income tax than that teenager who operates the cotton candy machine at your local fair, according to a report by the New York Times.

The Old Gray Lady says the president paid exactly $750 in federal income taxes in 2016, and again in 2017 during his first year as the most powerful man in the world. (Per One Last Thing’s hot new gossip department: the Old Gray Lady is rumored to be dating the Jolly Green Giant after a chance encounter at a taping of The Bachelor.)

In 10 of the 15 years previous to his election, the president paid no taxes at all through a combination of savvy financial wizardry and hundreds of millions of dollars in losses.

According to the paper, almost all of the president’s properties, including golf courses and hotels, are hemorrhaging money, which comes with the neat side effect of being able to write off those losses against federal income.

One of the president’s more profitable endeavors was a TV show where he fired post-modern comedian Tom Green for not being good at business. With various licensing and endorsement deals, Trump made about $427.4 million from The Apprentice.

The paper also alleges the president took tax deductions on $70,000 spent on making his hair look the way it does for his television appearances. (Which makes sense. The hair is like 75% of the brand.)

The paper paints a cycle of taking out massive loans to start businesses and using the losses from those businesses to write off taxes. But at some point, you either have to pay your debts or become the President of the United States.

President Trump personally owes $420 million of debt, most of which is coming due within the next four years, according to the Young Hot Gray Lady. (Marketing is trying some things.)

The president disputed the facts in the report at a press conference at the White House Sunday, calling the story “fake news.”

An attorney for the Trump Organization, Alan Garten, told the Voluptuous Gray Woman that “most, if not all, of the facts” in the report were inaccurate. 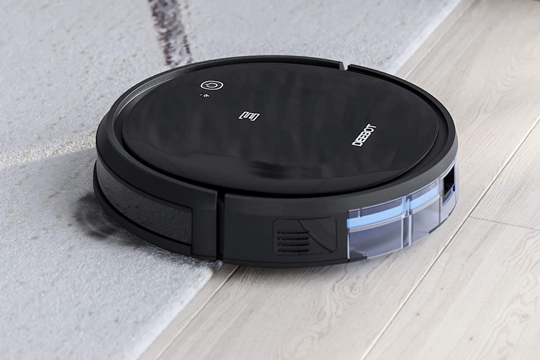 With that $750, the federal government could have bought itself a nice Roomba.

Americans Getting Down to the Business of Starting Businesses

Americans are starting businesses at a faster clip than more than a decade because why the heck not, I guess? If the world’s going to end, it might as well end with you hocking $12 raw kombucha to Californians.

Applications to start a business have passed 3.2 million this year, compared with 2.7 million in the same period last year.

That figure includes gig-economy workers, who are technically categorized as “business owners” so Uber doesn’t have to give them vacation time and sick pay. But, even without the gig workers, new filings among businesses that employ workers jumped 12% over the same period last year.

Some of those entities are likely pandemic-themed businesses without much staying power, such as making COVID masks out of your ex-boyfriend’s Hawaiian shirts or custom-built hazmat hair. 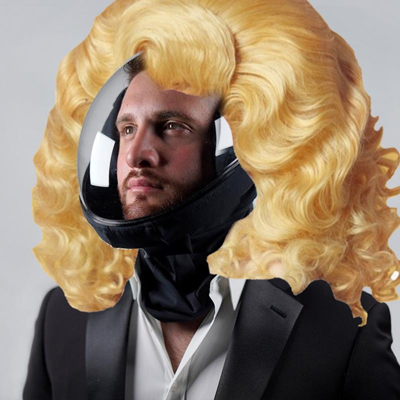 “Tumble outta bed and I stumble to the kitchen, pour myself a cup of ambition, and try to glue a wig to my corona dome.”

Economists are skeptical that this business boom is a positive development, with some even going as far as to invoke the dreaded period of “just before the financial collapse.”

“This pandemic is actually inducing a surge in employer business startups that takes us back to the days before the decline in the Great Recession,”

John Haltiwanger, an economist at the University of Maryland, told the Wall Street Journal.

According to Haltwanger,most of these businesses will fail within five years.

And despite the boom in folks making cool anime crafts and selling them online, total small-business revenue was down 21% this year, according to data and technology company Womply.

“I think most entrepreneurs realize the probability of success is not high,” said Haltiwanger, who might be somewhat cynical because he had to go through middle school with the name Haltiwanger. “The question is: Are they jumping on market opportunities that have emerged rapidly given the current environment?”

I’m not sure if you’ve heard, but there’s an election just around the corner. And the word on the street is it’s a huge deal.

All joking aside, September — not October — is historically a crummy month for stocks.

Here’s what you need to understand about October…

Suffice it say, traders have an excellent reason to be scared of October — some nasty declines have occurred during that month!

But here’s the thing, from 1980 to 2019, the average return for the S&P 500 during October is nearly 1%. While that figure falls short of April’s 1.5% return, there isn’t a money manager on Wall Street that will complain about October’s historical return.

The bottom line is while some gruesome crashes have occurred in October, over the long term, it’s better to be invested in stock in October than sitting in cash. All while your competitors collect that average return of nearly 1%.

Ok, now that you feel better about holding stocks in October, I’m going to throw you a curveball.

According to the guys at LPL Research, September AND October are historically crummy in an election year.

As you can probably guess, this weakness has everything to do with political uncertainty and nothing to do with the actual business cycle. That’s why, during election years, after the declines in September and October, November posts an average gain of 1.5% — roughly equaling the average return for November in non-election years of 1.48%.

Look, elections cause anxiety and trigger spikes of uncertainty among Wall Street traders. And as you know, when traders don’t know what to do they sell first and ask questions later.

The takeaway here is simple…

You should expect stock market volatility to be on the rise over the next six weeks or so, and barring a contentious transfer of power or refusal by democrats to accept an election win by President Trump, the odds favor continued stock market gains in November and December.

One last thing, and I only mention this so you’re mentally prepared for all scenarios.

If, as some political pundits fear, we have a contentious transfer of power from a Trump Administration to a Biden Administration, stock market volatility will likely stick around through at least November. But again, a post-election power struggle is NOT my investment team’s baseline expectation.

The logical approach is to stay invested and use dips like the one we see to add to underweight positions or begin new ones.