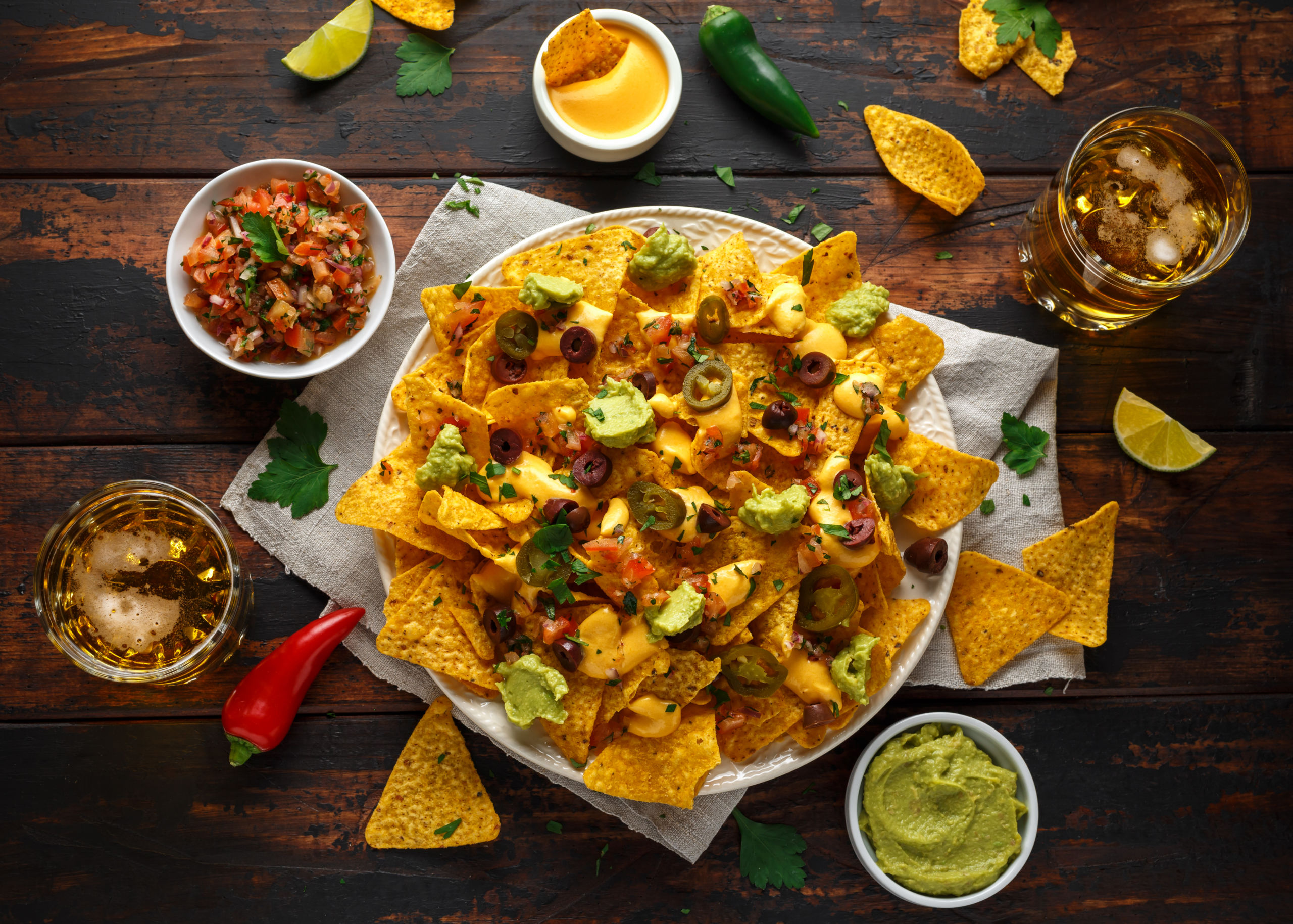 Airbnb Has a Profit Problem

Airbnb swung to a loss for the first nine months of 2019, according to an investigative report by the Wall Street Journal.

(And while I’m not so conceited to believe that I singlehandedly caused its downfall, I did leave a pretty scathing review during that time period… A 50-year old Winnebago is not a “vintage tiny home,” Wendy!)

According to the Wall Street Journal’s sources (who I hear are better looking and can jump higher than the New York Times’ sources), Airbnb posted a net loss of $322 million through September of 2019 — a sharp contrast from the $200 million profit it posted the year before. (Almost as sharp as the contrast between your dead parents’ camper van and the pictures you clearly lifted from Google, Wendy!)

The sleep-in-someone-else’s-bed app grew revenue to $1.65 billion in the third quarter, up $400 million from the same period in 2018. But, as is often the case with rapidly expanding global enterprises that give someone like Wendy a priority listing, costs rose faster.

As the company prepares to IPO, it’s been shelling out big bucks to upgrade its technology and implement a series of safety initiatives to help folks not get murdered in their host homes as much. And that’s on top of general expenses and administration which more than doubled year-over-year to total $175 million.

The bed-n-maybe-breakfast-if-Wendy-isn’t-hungover company announced last year that it would take the company public in 2020. But this WSJ report throws some cold water on the highly anticipated IPO. (Almost as cold as the shower in a certain someone’s camper, which I will no longer reference because I’ve gotten my heart rate up and my wife will call me if my Fitbit data spikes.)

Airbnb is one of the country’s biggest private companies, valued at $31 billion in a 2017 round of funding. But according to the WSJ’s handsome, tall sources, recent internal valuations peg the company’s worth at much less.

Historically, it isn’t unusual for a company to be “in the red” as it approaches IPO. But after WeWork’s implosion last year and a string of lethargic IPOs, investors don’t seem to find hemorrhaging money as charming as they used to.

Throw in a light pandemic and the chance of Airbnb successfully IPOing in 2020 looks less and less likely. (Oh, did you think we would get through one article without mentioning the coronavirus? Fat chance bucko. It’s 2020 and all coronaviruses, fake meat, and hard seltzers from here on out.)

Airbnb’s business in China has fallen 80% compared with last year, as folks decide that now may not be the best time to visit China, for some reason. The company will likely wait until this whole pandemic thing is wrapped up before it makes any decisions about IPOing this year, according to the report.

The administration has been banging this drum for a while. But nobody really seems to care. So they’re releasing more details about the drum. And getting a bigger drum. And producing a drum-only concept album called China.com-plicit.

Most internet networks have “lawful interception interfaces” that allow law enforcement to tap into networks for cop stuff and junk. But according to the officials, Huawei’s equipment preserves a backdoor to these interfaces that allows the company to access these networks without detection. (Something other companies typically don’t do because that’s insane.)

Today, the Trump administration ramped up efforts to block Huawei and called on its allies to reject the Chinese telecom company’s very-affordable, high-quality tech.

“We have evidence that Huawei has the capability secretly to access sensitive and personal information in systems it maintains and sells around the world,” National Security Adviser Robert O’Brien said.

“Huawei does not disclose this covert access to its local customers, or the host nation national-security agencies,” added a senior U.S. official.

U.S. intelligence has long maintained that it has definitive proof that Huawei has the ability to hack and monitor the internet networks it builds overseas.

The administration has never made the proof of its claim public, either because it contains sensitive information or it’s not as definitive as they claim it to be (or it’s very dumb and they’re afraid people will make fun of them).

But today, officials revealed that the U.S. gifted the intel to its allies last year when they were all thinking of fitting their countries’ internet infrastructure with Huawei’s hardware.

And they all went out and bought Huawei’s crap anyway. (Sure, it leaves the internet open to Chinese spying, but those prices are unbeatable.)

Huawei cracked out one of its stock denial statements, which are getting a little samey by now, saying the company “has never and will never do anything that would compromise or endanger the security of networks and data of its clients,

“We emphatically reject these latest allegations. Again, groundless accusations are being repeated without providing any kind of concrete evidence.”

”Deep sorrow crushed my heart when I heard him,
Because both men and women of great worth
I knew to be suspended here [on a Carnival cruise ship].’‘ — Dante Alighieri, Dante’s Inferno

Health measures taken to slow the spread of the coronavirus have trapped thousands of cruise ship passengers in a terrible limbo of magic shows and towels folded in the shape of a swan.

At least ten cruise ships have been prevented from leaving Asian waters or returning to shore, with thousands of passengers and crew trapped onboard.

Carnival Corp.’s Diamond Princess is docked in Yokohama, Japan, with 3,700 passengers and crew quarantined aboard. Japan’s health ministry has confirmed 174 cases of the coronavirus. (And the margarita machine is broken!)

The Princess is the only vessel in Asia with confirmed cases of the virus onboard but no one is prepared to risk an infected tourist with mild symptoms slipping by.

The MS Westerdam, with 2,200 passengers and crew, has been denied permission to dock in Thailand, Taiwan, Japan, and the Philippines. But passengers have been keeping their spirits up with spin classes, magic shows, and… towel-folding demonstrations. 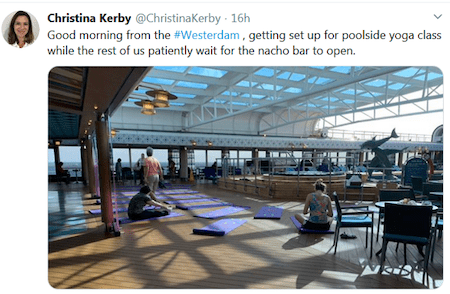 Well, at least they have the good sense to open the nacho bar after the yoga class.

It’s nice that vacationers are getting a few extra days to wreak havoc on their digestive system at the nacho bar. But according to a professor who researches infectious diseases at Kent State University’s College of Public Health, keeping passengers on these contaminated ships is more likely to spread the virus.

“I think this was done without a lot of thought to consequences of ongoing transmission within the ship and the mental health of the passengers,” Professor Tara Smith told the Associated Press. 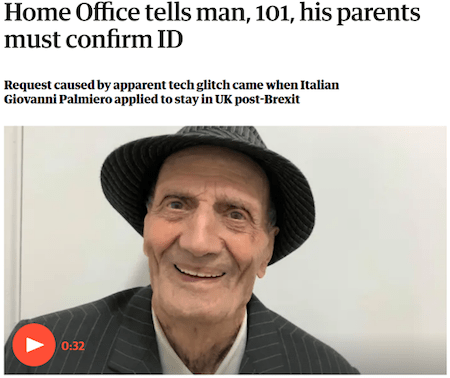 219 U.S. CEOs stepped down in January of 2020, the highest number of narcissistic-psychopaths-who-want-their-salad-in-a-very-specific-way stepping down on record.

Last month’s figure is 27% higher than the previous record of 172 people-who-think-it’s-fine-to-wear-a-turtle-neck-in-public vacating their posts in October of 2019.

January’s figures are not overly surprising. Last year was a record year for CEO exits, with more than 1,600 eccentric-weirdos-exploring-immortality-in-their-spare-time taking a bow in 2019.

January is typically the busiest month for CEO turnover, as companies assess the previous year’s performance and give the pinks slip to the nerds-hot-boxing-their-private-planes who aren’t performing.

After last year’s numbers, analysts were expecting a lot of turnover this January. But what’s the root cause behind all this churn?

Andrew Challenger, vice president of the executive coaching firm Challenger, Gray & Christmas, says that after 10 years of expansion, we’re at a turning point.

“Coming off a decade-long expansion, companies that started and developed during this period find themselves needing new leadership to continue to grow,” Challenger told CNBC news.

Challenger also points out that the high turnover of sex-cave owners might be due to increased regulatory scrutiny and the prospect of a Sanders or Warren presidency.

Of the 198 CEO replacements in January, 107 came from outside the company, continuing the trend of hiring outside candidates to shake up company culture.