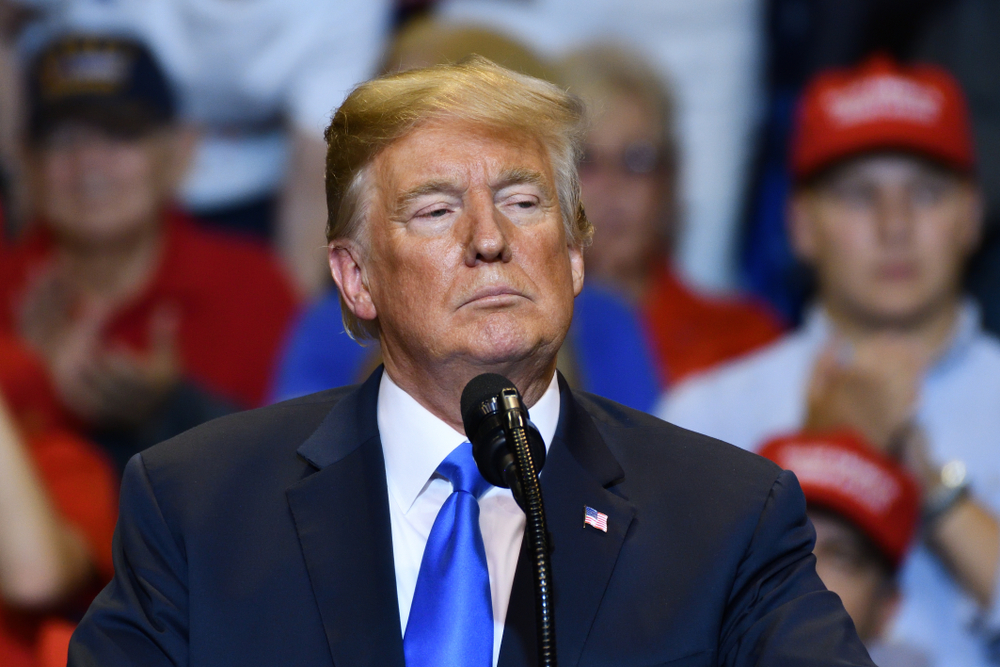 Trump Gears up for Fed Takeover

Scotts Miracle-Gro is on an absolute tear this year. (And it’s all thanks to a magic little plant that makes you want to watch hours of SpongeBob SquarePants and eat a whole box of saltines.)

After a pretty darn awful fiscal 2018, Scotts leveraged a type of gardening that used to be illegal — and is still illegal on a federal level — to fertilize three fiscal quarters of steady growth. (That’s right. We’re doing lazy gardening puns today, folks!)

Yesterday, Scotts reported 18% year-over-year revenue growth for its fiscal Q3, blowing Wall Streets’ revenue and earnings estimates out of the garden like so many fallen leaves.

Sales for the U.S. increased by 10% year over year to $889.1 million. But the prize rose in Scott’s flower crown (what an awful turn of phrase — remind me to fire me later) is its subsidiary, Hawthorne.

If you haven’t guessed by now, Hawthorne is Scotts’ weed cultivation wing and has quickly gone on to become a top supplier to the budding legal cannabis industry.

With Hawthorne, Scotts gets to dip its toes in the fastest growing industry in the world without upsetting any dads who might not want to buy tomato feed from a company supplying legal weed dealers.

(My old man used to swear by tomato feed. Used to put in on everything. Flowers. Lawn. The kids. We never even owned any tomatoes. Also, I shouldn’t have to say this but don’t put tomato feed on your kids, folks.)

Hawthorne sales rocketed 138% year over year to $176.3 million. Admittedly, a lot of that growth was driven by the acquisition of Sunlight Supply in June 2018. But Hawthorne still generated organic growth of 49% on its own.

“The strong recovery we have seen in Hawthorne this year is being led by increased sales of lighting and nutrients products, our largest and most important categories,” CEO Jim Hagedorn said yesterday.

“We’re also pleased with the 15% growth we’ve seen year-to-date in California and the strong growth we’re seeing in emerging markets like Florida, Ohio, Michigan, and Massachusetts, where changes to state laws regarding cannabis cultivation are starting to drive higher sales.”

Since the beginning of the year, Miracle-Gro’s shares have grown more than about 68% compared to the S&P 500’s 20.2%. Following yesterday’s earnings announcement, the stock closed 8% up, after peaking at 11%.

Thousands of miles away, deep in the Andes Mountains another type of marijuana story is developing.

This isn’t about social justice or chill marijuana cafes and weed cookies dominating the news in the U.S. This about money, plain and simple.

One of our senior analysts was held up at gunpoint… and stumbled across the biggest stock discovery of his lifetime. (You can watch the full story right here.)

He believes this marijuana opportunity could go down in history as the biggest stock market gain ever seen and make hundreds of new millionaires starting this today, August 1.

Most folks in the mainstream financial media aren’t even aware of this tiny stock yet. But our analyst tells me “insiders are rushing in at a rate I’ve never quite seen before.”

Click here now to watch our analyst’s incredible story and find out the name of his “stock of a lifetime.”

In the second night of the second Democratic debate (on the president’s second least favorite channel), frontrunners Joe Biden and Kamala Harris were shown up by their lower polling competitors.

The former vice president and Californian senator came under attack for their record of being tough on crime and hard on communities.

New Jersey Senator Cory Booker took old Joe to task on his criminal justice record, accusing him of creating the very problems he said he would solve if he became president. 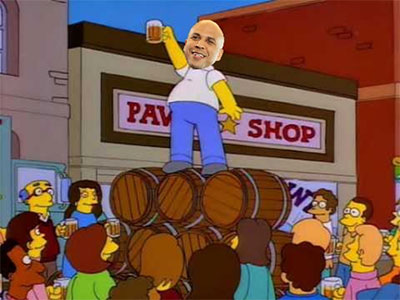 To Joe Biden! The cause of, and solution to, all of America’s problems.

Booker told the former vice president that the fact that his name is on every crime bill since the 1970s, as Joe claims, is nothing to be proud of.

“This is one of those instances where the house was set on fire and you claimed responsibility for those laws,” said Booker.

“And you can’t just now come out with a plan to put out that fire. We have got to have far more bold action on criminal justice reform, like having true marijuana justice.

“Which means that we legalize it on a federal level and reinvest the profits in communities that have been disproportionately targeted by marijuana enforcement.”

Biden responded by criticizing Booker’s term as mayor of Newark. But while Joe was definitely a lot more confident last night than in the first round of debates, he still came across as flustered and just generally unsure of what’s going on when under attack.

Kamala Harris, who nabbed a star-making moment in the first round of debates by similarly attacking Biden’s record, got a taste of what it’s like to be on the other side of the fence.

“She put over 1,500 people in jail for marijuana violations and then laughed about it when she was asked if she ever smoked marijuana,” said Gabbard.

“She blocked evidence that would have freed an innocent man from death row until the courts forced her to do so. She kept people in prison beyond their sentences to use them as cheap labor for the state of California.

“The bottom line is, Senator Harris, when you were in a position to make a difference and an impact in these people’s lives, you did not. And worse yet, in the case of those who were on death row, innocent people, you actually blocked evidence from being revealed that would have freed them until you were forced to do so.”

Harris wasn’t not expecting the attack but she made herself a target when she stood out in the first round of debates. Harris response was so flustered, she personally met with journalists in the spin room after the debate to do some damage control.

(The “spin room” is a room where representatives of the candidate meet with journos to clarify their responses from the debate. It’s highly unusual for the candidates to attend this meeting personally. Also, the room spins really fast and all the journalists are stuck to the walls.)

For many of the candidates, last night will be their final night on the debate stage. The entry requirements for the next round of debates are a lot tighter.

A few other candidates are getting close to the mark. But I reckon we’ll be looking at a group of 10 or 11 going into the next debates. And then I won’t have to write about Marianne Williamson’s space love energy anymore.

1 in 5 U.S. Companies Say China Stole Their IPs in the Last Year

In news-that-ain’t-really-news news, one in five U.S. companies say they’ve had had their intellectual properties stolen by China in the last year.

Intellectual property theft (and the fact that China loves it) has been a sticking point in the China-U.S. trade talks.

For years, the price of doing business was handing over your IP’s to the Chinese government and knowing there was no legal action you could take when the country starts pumping out knock-off alternatives to your products. 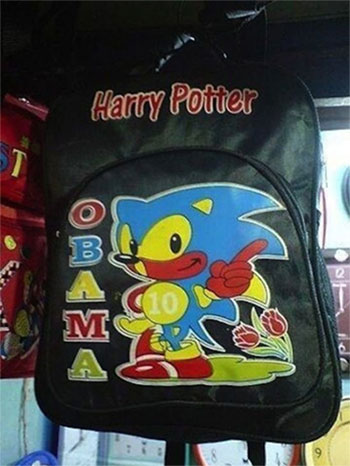 God, it’s been so long since Obama, I forgot he was a blue hedgehog called Harry Potter.

IP theft is a major concern for major tech companies that live or die on their proprietary tech (but still make all their products in China because those sweatshop manufacturing prices are just so hard to beat).

China has denied these claims for years but refuses to commit to not doing so in the future as part of any trade deal.

Yet, according to a survey conducted by CNBC, almost a third of North America-based companies on the CNBC Global CFO Council say Chinese firms have stolen from them in the past decade, while one in five say it’s happened in the last year.

Ed note: The CNBC Global CFO Council represents some of the largest public and private companies in the world, collectively managing nearly $5 trillion in market value.

It’s hard to get any exact statistics on China’s IP theft (because it would have to come from China and, yeah, that’s not happening). But a spokesperson for the IP Commission estimates that Chinese IP theft costs the U.S. economy up to $600 billion annually.

U.S. Trade Representative Robert Lighthizer testified to the House Ways and Means Committee yesterday that enforcement of U.S. IP laws must be an integral part of the Trade deal… or there might not be a deal at all.

“We can compete with anyone in the world, but we must have rule, enforced rules, that make sure market outcomes and not state capitalism and technology theft determine winners,” Lighthizer said.

“Let me be clear. Much still needs to be done both before an agreement is reached and, more importantly, after it is reached, if one is reached.”

Trump Gears up for Fed Takeover

Yesterday, the Fed cut rates for the first time since 2008 (despite an apparently healthy economy). But now that he’s finally gotten what he wants, Trump is still putting Powell on blast. 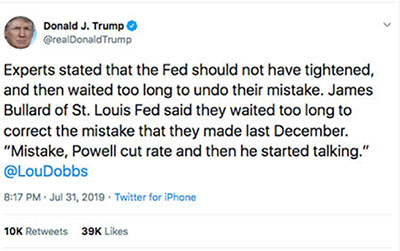 I checked in with our geopolitical expert and editor of Money & CrisisGraham Summers.

(Ed Note: Graham’s the author of the bestselling book The Everything Bubble. But you can read his daily insights on turning policy into profits for FREE right here.)

Graham says Trump is laying the groundwork to take over the Fed by demoting Powell and replacing him with a Trump supporter. That man, Graham says, is hinted at in Trump’s tweet above.

Bullard told reporters Friday that he would be interested in becoming chair of the Federal Reserve, but says he has not been called on for a position.

“Fed chair is, of course, something I’d love to do,” Bullard said. “I’ve been in the Fed all my life, all my professional career, and if I ever got that honor I would certainly take it.”

Bullard added that his phone “hasn’t been ringing off the hook to get” the Fed job, and that “the stars have to align for that to happen.”

The question is: if indeed Trump is planning a takeover of the fed, why would he and Bullard make it this obvious?

“One of the Trump administration’s favorite strategies for introducing a controversial idea is to leak it to the media little by little over the course of a prolonged period,” says Graham. “They do this so that by the time the actual legislation is introduced, the general public has already gotten comfortable with it.

“They did this with the Tax Plan, the Border Crisis, and it now appears as if they’re doing it with the Fed by preparing for Jerome Powell’s departure and his replacement with James Bullard.”

A change like this would have an incredible impact on the markets. Those who pick the right side of these trades could generate fortunes.

In fact, Graham tells me that he’s spent the last six months developing a trading strategy to profit from central bank interventions. 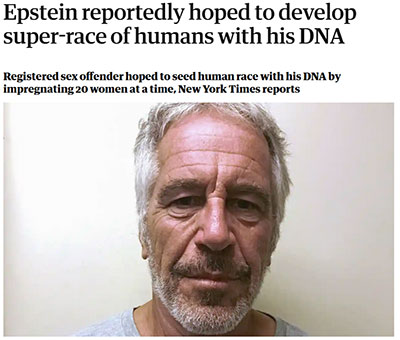 Yeah. Cause what we really need is more of this guy.

Maybe. But Apple made a name for itself by innovating and then charging a premium for it. Without the idea superstars who built Apple, like Jobs and Jony Ives, I’m not sure their old model works anymore.

If every Tom, Dick, and Huawei is offering better 5G phones for a fraction of the price, and all Apple’s have left the building, it’ll be hard to justify paying those Apple prices.