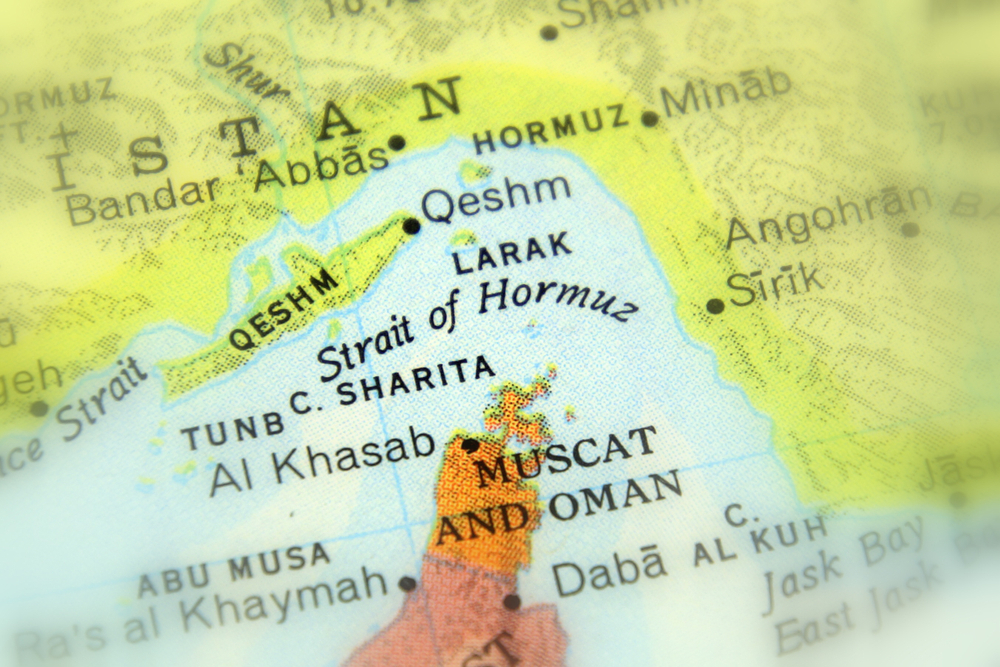 Did We Just Shoot a Drone Down?

Oil Prices Continue to Rise on Tensions in the Middle East

In perhaps the most bizarre chapter in the developing Iran crisis, President Trump says the U.S. shot down an Iranian drone. While Iran says, “Nuh-uh. I had my invisible shields up.”

During a White House ceremony yesterday, the president said the USS Boxer took defensive action when an Iranian drone came within a threatening distance of the warship and refused to vacate the airspace.

Meanwhile, in a transmission straight from another dimension, Iranian officials are saying “What drone? We have all our drones. Look at these awesome pictures of all the drones we haven’t lost.”

Iran’s foreign minister, Mohammad Javad Zarif, told reporters at the U.N. that “we have no information about losing a drone today.” While Iran’s Deputy Foreign Minister Abbas Araghchi took to Twitter to say, “We have not lost any drone in the Strait of Hormuz nor anywhere else.”

Iran’s Revolutionary Guard announced this morning that it has photographic proof that the drone is alive and well. They will release images taken from the drone before and after the U.S. claimed it was destroyed. (Just give us a few hours to whip something up in Photoshop.)

This is just the latest in the bizarre he-said/Iran-said situation developing in the Strait of Hormuz.

Since May, there have been numerous attacks on oil tankers off the coast of Iran.

Iran’s Revolutionary Guard say they’re not responsible for the attacks (but they’ve also said “we totally could have done them if they wanted to, ‘cause our military is rad).

So either Iran is lying (probably yes) or there is a third-party with vessels in the Strait of Hormuz actively trying to start a war between Iran and the U.S (probably Russia).

Oil prices have risen sharply since May over concerns that the supply of oil will be disrupted by military action in the region.

The Revolutionary Guard says that they continue to carefully monitor all movements of foreigners through the Strait — especially “the terrorist forces” of the U.S. and the British. (Which doesn’t exactly inspire hope for a peaceful resolution to all this craziness, does it?)

Facebook’s plans for its new crypto took a hammering from Congress on Tuesday and Wednesday — who hilariously called Facebook a toddler with matches who keeps burning the house down and promising not to do it again.

President Trump followed up the onslaught with a couple of tweets of his own calling into question the legitimacy of all crypto.

However, in just 30 minutes yesterday, prices surged from $9,335 to a peak of $10,400. According to a bot-powered crypto report, the sudden rally was likely powered by the massive unwinding of short BTC/USD positions seen in the half-hour before 15:00 UTC.

Meanwhile, in China, bitcoin banked a major victory in “internet court.” (Internet court is just like regular court but instead of a jury of your peers, it’s a jury of SpongeBob memes.)

A Chinese judge ruled that bitcoin should be considered legal “virtual Internet property” and deserves to be treated like other assets. According to the judge, bitcoin has value, scarcity, and disposability, and therefore ought to enjoy the protection of Chinese property laws.

Crypto hounds are breathing a sigh of relief that bitcoin was able to rally after such a miserable week. But our crypto expert James Altucher says this year’s biggest news in crypto has yet to come… and it’s got everything to do with an announcement from Amazon.

“With one single move, Amazon will shock the world and create an opportunity for anyone to turn $100 into a retirement fortune in the next 12 months,” says James.

Just 10 days from now, on July 26, Amazon could unleash a $1.91 trillion bitcoin shock with a single announcement.

Click here to get James’s plan for using this event to turn a single $100 bill into a retirement fortune… in a matter of months.

AB Inbev, the world’s largest brewery, is officially saying hooroo to the Australian markets. (This article is brought to you by an Australian slang dictionary I spent $20 on and need to justify it as a work expense somehow.)

The company announced this morning it will hit the frog and toad and sell its Australian units to its Japanese mate Asahi for $16 billion AUD (or 11.3 billion real dollars).

AB Inbev said it would blow the dough from the sale to put another shrimp on the barbie (I’m sorry if you’re Australian and reading this) and pay off the colossal mountain of debt it built up while buying almost every other beer company in the world.

In the last two decades, the company locked down almost a third of the global beer market through acquisitions and buyouts. But it accrued more than $100 billion of debt in the process.

AB Inbev was having a squiz at listing some shares on the Hong Kong Stock Exchange to drum up some cash. But then the trade war knocked the Chinese economy off its perch.

AB Inbev’s stock (BUD) rose 5.31% after the announcement, so investors can crack a tinny on that one.

Now if you excuse me, I have an expense report to file.

The $700 Billion Market No One Saw Coming

Who’d have thunk that the breakout stock of the year would be the guys making frankenburgers out of yellow-pea protein?

Since its IPO in May, Beyond Meat’s stock has returned gains of more than 150%, illuminating a potential market that most investors had never even considered: plant-based meat substitutes.

Now, undoubtedly, Beyond is profiting from being the only commercially available plant-based meat provider on the stock market right.

However, they note in their report that this estimate could prove conservative “if plant-based meat adoption accelerates thanks to innovation and increasing consumer awareness.”

“Overall, we estimate the food innovation opportunity represents a $700 billion market by 2030,” the researchers write.

Most folks have never heard of this process (at least, outside of science fiction). But you can already invest in them.

More on this next week.