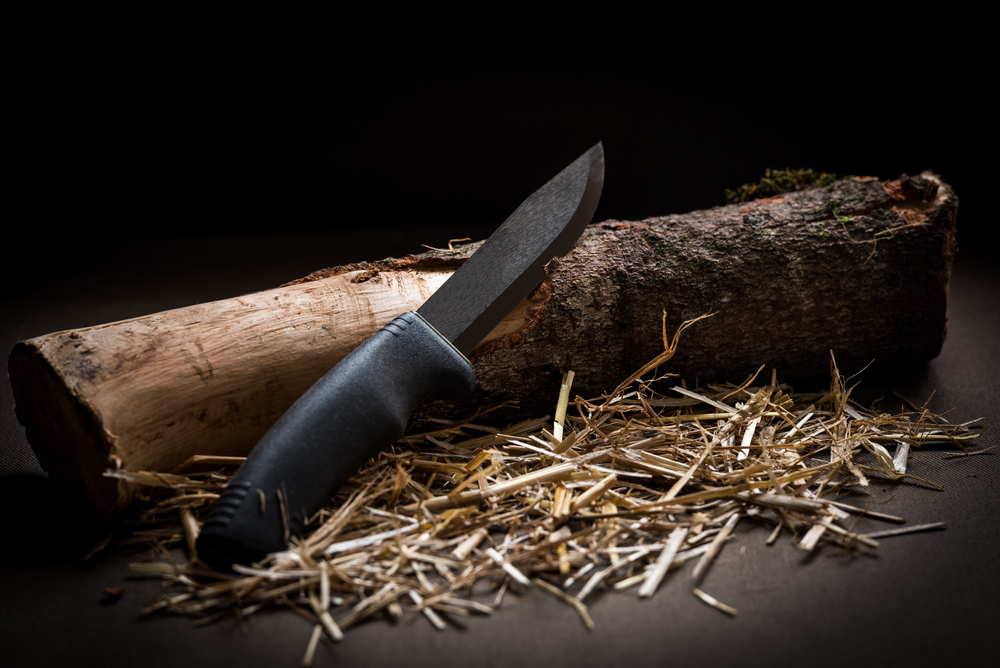 Survival Skills We Can Learn From Native Americans

There’s so much to learn from Native American culture — including some amazing survival skills.

The more advanced technology — and society — becomes, the more we feel we need gadgets to survive. It’s easy to forget that Native Americans have survived for centuries not with gear but with knowledge passed down through generations.

Studying the methods of Native American survival can be of great benefit to the modern survivalist. Sure, gear is nice — it might make survival easier — but you must first have a base of knowledge should your gear go away.

In books such as Lights Out by Ted Koppel, movies including I Am Legend and TV series such as Revolution, we’re asked to imagine life without electricity in the 21st century.

Those who warn of the electrical grid going down for an extended period of time often predict that Americans would be plunged 200 years into the past.

Actually, it might be much worse than that. Folks who lived 200 years ago never knew anything about electricity. They couldn’t have imagined the electrically generated luxuries we take for granted today.

They knew exactly what to do to live their day-to-day lives and survive without that power source. Most Americans today don’t have the slightest clue how to survive without electricity.

Native Americans, on the other hand, knew how to quickly build shelters with tree branches, leaves and animal hides. They knew how to start fires without a Bic lighter. They knew how to use knives for a wide variety of purposes, including hunting, self-defense, preparing game for cooking and carving wood into spears and other tools. They were this country’s original preppers and survivalists.

Let’s take a look at four key skills Native Americans perfected to survive. Someday a natural disaster or electromagnetic pulse might result in us needing to follow in their footsteps.

A survival knife is always included in lists of bug-out bag contents. Considering the small amount of room it takes up, it is possibly the most important item you can possess for its size.

To a Native American, a sturdy survival knife was exactly that… a way to survive. They used it in a wide variety of activities every day, including (but not limited to) carving wood, stripping bark for lashing, hunting, cleaning game, attacking and defending, cutting cords and branches, fishing and starting fires.

Put some serious effort into choosing a survival knife. It must be strong but comfortable and easy to handle. The single, fixed blade should be no more than five or six inches long. Get one made of steel that’s not serrated.

Once you have a survival knife you feel is right for you, practice the activities you may end up using it for. (Purchase a dummy for your attack practicing.)

Modern Americans are not exactly known for their stealth. We tend to be too quick to talk and too slow to listen. We’re often loud and not very subtle. We thrive on being seen and heard. In other words, we have a lot to learn.

Native Americans knew their very lives depended on stealth, so they practiced it relentlessly. One of their methods for moving without being heard or seen is known as the “fox walk.” Even wildlife couldn’t detect them, let alone their human enemies.

Wearing moccasins or going barefoot, they landed with their heels first and avoided stepping on sticks. The outside of their feet would then “roll” to the ground, followed by the balls of their feet. They made slow, steady movements, with no noise and little in the way of footprints.

And when they had others in their tribe following them, each would try to step in the exact same place as the person in front of them. That way, even if they left a footprint, an enemy following would have no idea how many people were ahead of them.

The other stealth technique Native Americans used while in motion was “wide-angle vision.” This meant focusing as much on the periphery as on what was right in front of them. It enabled them to be more aware of their surroundings and able to spot their next meal or an enemy sooner rather than later.

A way to practice developing wide-angle vision is to extend your arms directly in front of you and then slowly stretch them out to the sides, watching your hands all the way. If you can see both hands simultaneously all the way, you’ve already got it down pat.

We modern-day Americans like to think of ourselves as self-reliant and independent. Those are two wonderful attributes to possess.

By stockpiling important things we’ll need in an emergency — food, water, supplies, etc. — we don’t have to rely on government services when a disaster strikes.

But if the electrical grid gets knocked out for an extended period of time, we’ll have to become more like those who survived prior to electricity, including Native Americans.

To Native Americans, community was essential. Their tightly knit tribes took care of everyone’s physical, spiritual and emotional needs. Some were hunter-gatherers, some prepared food, some nurtured the children… everyone had responsibilities and everyone pitched in for the good of the group.

Don’t wait until a crisis to start forming a community of like-minded individuals. Begin establishing that group now, bringing together people with a wide variety of skills so that each need can be taken care of as it arises.

Once a Native American had taken down a buffalo, deer, elk or other animal, the tribe would eat relatively quickly. But sometimes the bounty was more than could be consumed in one meal.

Their philosophy was never to waste anything, so they figured out a way to preserve meat that did not require something like our modern-day refrigerators and freezers. This often involved making jerky, pemmican and wasna.

Jerky is a form of meat preservation. The fat is removed from the fresh meat of large game, which is then cut into slices and pounded flat before being dried in the sun or smoked over a fire to prevent spoiling.

Pemmican is made from the lean meat of large game including buffalo and moose. It is a high-energy concentrated mixture of fat and protein. The meat is cut in thin slices and dried over a slow fire or in the sun. Once it’s dried, it is pounded into small, powder-like pieces and then mixed with fat. Sometimes dried fruit is pounded into powder and added to the mixture.

Wasna, which is specific to buffalo meat, is the Lakota version of pemmican. The combination of buffalo meat and fat as well as chokecherries gives wasna a very distinct flavor.

Learning the Native American way to preserve various meats could go a long way to helping you survive when refrigeration is unavailable due to a crisis.

THE IMPORTANCE OF BEING SELF-RELIANT

Of course, if you prepare ahead of time, you have a huge advantage, even if the power grid does go down for an extended period of time.

That’s why many Americans are taking matters into their own hands and securing their own solar-powered generator.

Solar-powered generators are a smart choice because they produce an endless supply of lifesaving electricity when you need it most. All without gas, fumes or noise.

Our top recommendation in portable solar generators is the Patriot Power Generator 1500.

It’s a breakthrough device that generates up to 1,500 continuous watts of clean, quiet and free renewable power.

That’s enough to power lights for safety and comfort as well as your computer, TV or cellphone. Even appliances like a small freezer or critical medical device that will sustain your family during a power outage.

You can see a live demo of it in action here