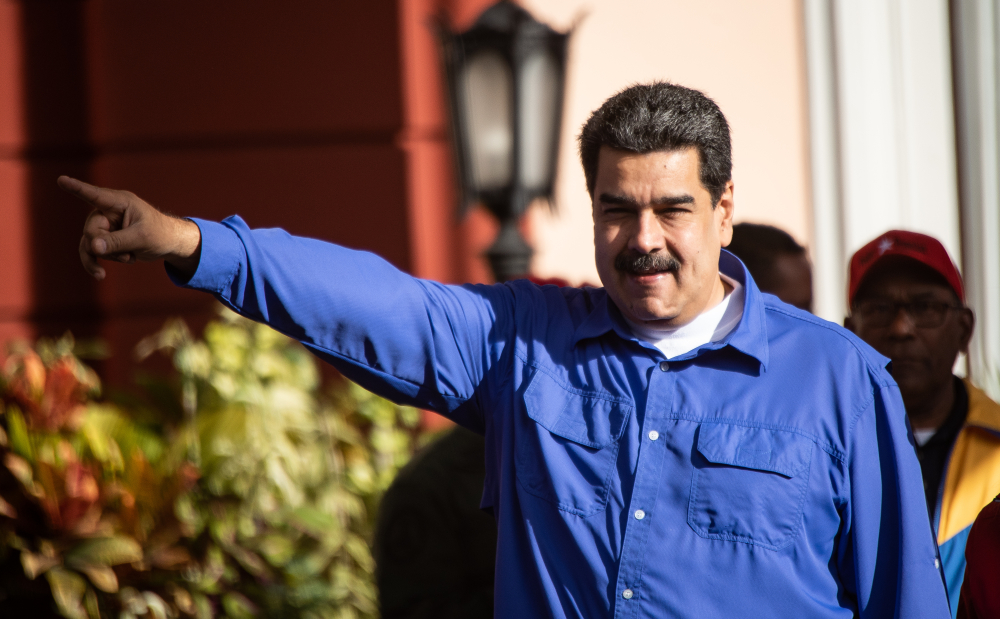 4 Dead, War on the Horizon

We’ve got a big announcement to make.

It’s something we’ve been working on for a long time. And as a loyal subscriber to Money & Crisis, you’re going to be one of the first folks in the world to see this.

What’s more, to say thank you for your continued support, we’re going to be giving it to you for free, no strings attached.

I’ll reveal all the exciting details on Friday.

For now, it’s back to a developing crisis we’ve been following closely.

In Venezuela, the dictator Nicolas Maduro is holding onto control of the country with a vice-like grip.

As international pressure grows and U.S. sanctions crack down, Maduro is starting to lose control. But it’s becoming increasingly clear that the crisis cannot be solved without foreign intervention and terrible, region destroying violence.

If you haven’t been following this story, here are the cliff notes.

That was where we stood when we last checked in. But in the past week, the conflict has escalated and the violence is starting to really ramp up.

Over the weekend, a crowd of protesters clashed with Maduro’s military at the Venezuela’s border with Colombia.

Soldiers sprayed rubber bullets and fired tear gas into a group of civilians protesting against the aid blockade. Reportedly 300 people were injured, 37 were hospitalized.

Tragically, four civilians died in the clash. This more than anything has seemed to sway Guaidó towards foreign intervention as a solution.

After the attack, Guaidó said: “Today’s events force me to make a decision: To formally propose to the International Community that we must have all options open to secure the freedom of our country, which fights and will keep fighting.”

It’s worth noting that when Guaidó says “we must have all options open,” he is likely referring to comment President Trump made when asked if about the possibility of a military solution in Venezuela.

Quote: “We seek a peaceful transition to power. But all options are on the table.”

From the beginning, Venezuela’s top brass have stood with Maduro.

And why wouldn’t they? These men have gotten rich and powerful under a socialist dictator. Anything that threatens to upset the status quo directly threatens that power.

But your average rank and file soldier isn’t anywhere near as invested in protecting Maduro.

Under Maduro, Venezuela’s economy has tanked. Its currency, the Bolivar, has been destroyed by hyperinflation. And basic necessities like food and medicine have become scarce and prohibitively expensive.

The folks that are starving, dying without medication, protesting in the streets — these are the families and loved ones of the soldiers.

These soldiers signed up to protect their country. Not enforce the will of a dictator on the one’s they love. And so, as we predicted when we first started to cover this crisis, low-ranking soldiers have starting deserting in droves, abandoning their posts and making a run for the Colombian border.

According to Colombian immigration officials, over 320 low-ranking soldier fled Venezuela in a span of just four days.

Guaidó has asked those in the military to switch to his side. But he not called for an outright coup, nor has he asked the soldiers to steal their weapons. Merely to lay down their arms and join his cause.

However, many of the deserters believe that the only way to break Maduro’s hold on the country is military intervention.

As former-Sgt. Jose Gomez told the Associated Press, “The only way for this government to leave, unfortunately, and all of Venezuela knows it, is for there to be a direct intervention. The only one with that power is the international community.”

It’s unclear how many inside the military are sympathetic to Guaidó’s cause. But expect to see many more deserters in the coming days.

Guaidó snuck out of Venezuela this week to meet with Mike Pence and Colombian President Ivan Duque in Bogota, Colombia.

Vice President Pence, who has taken the lead on the Venezuelan crisis from the beginning, doubled down on U.S. support for Guaidó’s.

Addressing South American leaders in Colombia, Pence said, “We stand with you, and along with all the nations gathered here today, we will keep standing with you until democracy and liberty are restored.”

Guaidó plans to return to Venezuela in the next few days. And he’s announced his intention to start governing the country as soon as does.

Of course, simply saying you’re running the country and actually doing it are not the same. And Guaidó faces some difficult challenges ahead.

With a closed border, he will have to enter the country secretly. He got out of the country once already, so clearly he has a means of getting in and out. But it’s once he’s back in the country that the real danger starts.

There is a very real possibility Guaidó will be arrested or possibly assassinated if he returns home.

Maduro is notorious for disposing of his political rivals. There are more than 1,000 political prisoners locked up in Venezuela right now.

It’s likely that Maduro hasn’t moved on Guaidó yet because he’s caught the attention of the world. To assassinate or imprison him now would spark riots in Venezuela and force the U.S. to intervene with its military.

That said, as armed conflict becomes all but certain, Maduro will have nothing to lose.

Venezuela is a powder keg right now. All it needs is for someone to light the match.

P.S. Governments around the world are secretly preparing for the next major crisis.

It will be the average taxpayer who suffers most — unless you act now.