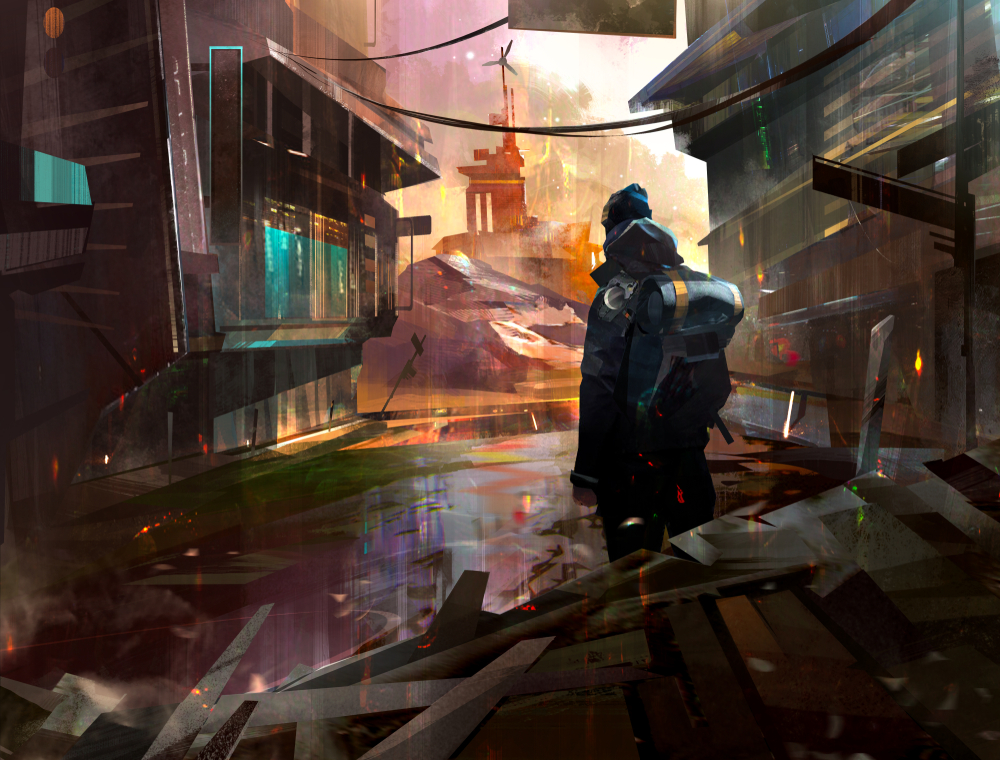 Fora Romana in Italy once marked the seat of power for the largest empire in history.

It’s now a popular tourist spot for mildly curious high schoolers and deep thinkers alike — a place to congregate and ponder what life must’ve been like in ancient times.

Few, however, sitting comfortably on the seemingly secure featherbed of modernity, feel the urge to ponder what living through the collapse must’ve been like.

Few, it seems, aside from the more neurotic of us who have this nagging sense that “something” is coming…

Similar to what happened when those ruins were still strong, stable, and imposing.

A collapse of our social structures will hit us, too… and, whenever it comes, it likely won’t be pretty.

Few, sitting in the ruins of Rome, feel the need to ponder that, from the apogee, we can see history is obviously cyclical.

Systems rise and fall. Die and are reborn.

And that ours is no exception. That this time likely isn’t any different, or exceptional in that regard.

And, finally, that the only chance we have to be exceptional this time around is how we respond to it.

And why they’re useful even if the doom-and-gloom predictions never hit.

The few who actually do ponder any impending collapse, usually stop short of recognizing another thing:

There is, in fact, life after collapse.

Life finds a way through the cracks of chaos.

There are endless debates on which “snowflake” caused the avalanche of the Roman Empire’s collapse.

The vast majority of them, however, are monomaniacal in their focus:

And how those systems regenerated into something new.

Says Christina Conlee, in her essay “Regeneration as Transformation”:

“The period after collapse entails a restructuring of provincial areas; through recuperation and reorganization, new forms of political, economic, and social organization develop. Often, local groups are able to reassert the power that they lost and are able to thrive in the wake of collapse. During this time, traditional ways of life may strengthen or reemerge to provide security and a foundation on which to build the new political system. However, local groups do not necessarily return to a simpler way of life after collapse, but may use much of the technology and other ways of life that the conquering state had imposed in a process of restructuring.”

COLLAPSE AS A POSITIVE FUNCTION

Joseph Tainter concluded through his studies that collapse is actually a net positive.

He believed, bigger picture, it acts as a necessary “economizing process.”

Rather than being a failure of a society to adapt, it’s an adaptive response to stress of the system itself.

Tainter believes, then, that collapse is a positive response to the failure of a system, and is essential for the survival of human societies.

But only, of course, if a reintegration takes place in its wake.

Reintegration also means that the values that make the current social engine run will be inverted.

Things that held a lot of value in the prevailing system, all of a sudden do not.

But some things don’t change.

In a collapse, one thing happens that modern society has tried to make obsolete:

You’re no longer insulated by your bad choices and behaviors, and your immediate community becomes your life-raft.

Our interdependence of one another becomes incredibly obvious.

Taking care of yourself, and others around you, becomes a necessity.

In a collapse, the hallowed status symbols we hold dear today won’t mean much.

Rather, the best leaders will hold the best values, rather than the best titles or social statuses.

Collapse tip #2: Create. Channel your anxiety into works of beauty. Paint something. Make something. Write a book.

“Survival is insufficient,” says the tattoo on the arm of Kristen, the protagonist of the book, Station Eleven.

In the book, Kristen is part of a nomadic symphony that brings music and theatre to communities in the post-collapse region of the Great Lakes.

In both dark and light times, people need to feed their souls, and the best way to do so is through transcendent mediums like art and music.

These things don’t go away post-collapse.

In fact, judging by today’s Top-40, they’ll likely get better.

Another aspect of collapse is people are likely going to be forced to learn practical and useful skills they can use to make their lives, and the lives of others, better.

They’re going to need to find ways to stay calm, like meditation and mindfulness.

They’re going to have to perhaps learn how to defend themselves, too.

Come to think of it…

These are all useful skills at any time.

LIVE AS IF IT’S ALL COLLAPSING

In sum, collapses force us into living in ways we probably should’ve been living all along.

That’s likely why Tainter concluded they were ultimately a positive.

And thing is, you don’t have to wait for a collapse to start.

Heck, maybe this time is different.

But you’ll lose nothing by…

Living according to values and not titles.

And learning useful skills that provide value for yourself and others.