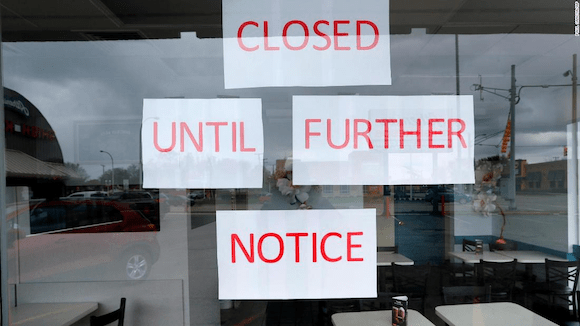 If you’ve ever dreamed of becoming an independent journalist, there’s no better time than now.

(Especially given 94.65% (approximately) of those who call themselves “journalists” have the moral compass of the sum of Epstein’s flight logs and the wits of a moth in a candle shop.)

If you’ve been following our “second wave” series, in anticipation of the Second Wave Survival Guide, you know last week was dedicated to a broad view of the coronavirus crisis…

And the potential for a second wave of infections and shutdowns.

This week is going to be dedicated to solutions.

Today, let’s start at the top… and reveal how you can start getting to the bottom of what’s happening in your area.

You probably heard Florida’s governor, Ron DeSantis, has not only lifted all restrictions on small businesses and restaurants… but has also made it illegal to fine individuals for not wearing masks.

Perhaps he’s taken a long, hard look at the data and realized one thing…

Point blank: Public officials must be able to justify the lockdowns based on the data. If they can’t, then the lockdowns simply aren’t justified.

Sounds simple and obvious, but apparently it can get pretty complicated. (Especially if you have a lot riding on keeping things locked down.)

Given that my local area is still suffering under strict lockdowns, I’ve included eight questions, by hook or by crook, I plan on asking my local public health officials.

(Stay tuned for their responses.)

I’ve also included a script below which, if given the chance, will provide the context for those questions.

Anyone who’s playing a hand in your local lockdowns, or may play a hand in the event of a second wave shutdown, should be able to answer these questions… or find someone who can.

Here’s the script, cobbled together from several different sources on the ‘net. To be sure, this is only one example of what you can do.

Time for the feet to meet the fire!

According to the CDC, residents of nursing homes and other long-term care facilities have comprised nearly half of the deaths from COVID-19.

For the record, there are five governors in particular which, in the midst of the pandemic, required nursing homes to take in Covid-19 patients.

Even with this in mind, according to the CDC, the overall COVID-19 death rate is 0.28%.

For that death rate, we have as a nation:

So why all of the panic? Simple.

It’s because the way we report the data is just as important as what the data says. And the way we’re reporting it is causing incredible amounts of unnecessary fear and panic.

A lot of it comes down to how we count our “cases.”

First and foremost, the most widely used test, the PCR (Polymerase Chain Reaction) test, isn’t actually designed to diagnose disease. In fact, it doesn’t test for a virus at all.

The PCR test is a tool to amplify genetic material.

It tests for sequences of genetic material related to the virus. Therefore, instead of testing for the entire genome of the virus, our labs test for snippets of the virus’ genome.

The cycle threshold (Ct) determines how many cycles of amplification the genetic material goes through in order to find a match.

Presumably, if a person has an active infection, they’ll show a higher amount of these specific snippets of genetic code at a lower threshold. But if the cycle threshold is too high, it could amplify unrelated genetic material or inactive (and “dead”) viruses and show a false or a “cold” positive.

This is far from unprecedented.

A recent New York Times article revealed three sets of testing data compiled by officials in Massachusetts, New York, and Nevada. Up to 90 percent of people testing positive in those states carried barely any virus and were not contagious or in any way a threat to those around them.

(As the WHO has stated, moreover, asymptomatic transmission of the virus is “very rare.”)

The reason those tests were positive when, perhaps, they shouldn’t have been is simple: the cycle thresholds were too high. The conclusion of this largely ignored article is shocking. We could’ve eliminated up to 90% of positive cases that have been shown in our nationwide “confirmed case” count simply by lowering the rate of cycles… and we could’ve done so without endangering a single person.

The health experts interviewed in the aforementioned New York Times article stated that, at the very least, the cycle threshold of the tests should be reported with every single “positive” test. That way, we can better understand if that person is actually an active infection.

In most cases, however, the cycle thresholds are not being reported in results from labs, showing only “positive” or “negative” results. But this information matters.

In Sweden, to avoid high amounts of false positives, health professionals have pivoted to setting their cycle thresholds at 25. They also rely more on ICU admissions and deaths for their “confirmed case” count than they do positive tests. And they don’t test nearly as many asymptomatic people as we do. I suspect hindsight will prove this to be a much more rational and scientific approach.

Most testing labs in the western world (especially America), however, set their cycle thresholds at 40 — deemed far too high by several PCR experts, and prone to an explosion of false (and cold) positives (up to 90% of positive tests).

“A cycle threshold of 40 means that a person tests positive for COVID-19 if there is a match for one of the genetic sequences associated with SARS-CoV-2 in less than 40 cycles of amplification.

Just so you know, after 39 cycles of amplification, there are 550 BILLION copies of the D.N.A. being tested.

“If the PCR test doesn’t find a match until 39 cycles, it means that the test is only finding trace amounts of one of the genetic sequences associated with SARS-Cov-2, and the person being tested has a 0% chance of getting sick or infecting another person but based on today’s C.D.C. standards that person will count as a new positive case of COVID-19!

“I know somebody who works in one of the largest U.S. diagnostic labs, and in recent weeks over 90% of all ‘positive’ PCR tests for COVID-19 have had a cycle threshold value of 33 or higher. And some labs actually use a threshold value of 45! A cycle step of 45 means that the background, the noise we call it, is amplified, and pretty much everything is positive!”

According to Dr. Michael Mina, an epidemiologist at the Harvard T.H. Chan School of Public Health, tests with thresholds as high as 40 may detect not just live virus but also genetic fragments, leftovers from an infection that pose no particular risk — “akin to finding a hair in a room long after a person has left.”

Even more concerning, many public health officials have begun lumping in positive antibody tests with the “confirmed cases.”

Doing this, she said, is the “scientific equivalent to ‘double-dipping.’”

By way of explanation, according to the FDA:

“Because serology testing can yield a negative test result even if the patient is actively infected (e.g., the body has not yet developed in response to the virus) or maybe falsely positive (e.g., if the antibody indicates a past infection by a different coronavirus), this type of testing should not be used to diagnose an acute or active COVID-19 infection.”

So in order to justify the lockdowns and any future lockdowns, I have a few questions:

1. At what cycle threshold is our department of health testing at? Do you believe this information should be provided with every positive test? If so, is this being done currently? If not, why not?

3. How many of the confirmed cases displayed for our county are actually active infections and are symptomatic and how many are asymptomatic? Is there a way to differentiate the two?

4. Why are asymptomatic individuals who have tested positive considered a case, when the probability of infecting another person while not displaying symptoms is “very rare” according to the WHO?

5. Are you aware that, in many places in America, individuals who were never actually tested are being counted as cases? They are called “presumed and probable” cases. Is that happening here as well?

6. How many cases are from contact tracing? Again, in this scenario, are contact tracers guided to count probable and presumed cases as “cases”? If so, what is the scientific basis for this measure?

7. Do you think it’s critical to add transparency to COVID-19 public reporting? For example, should patients who are reported as “COVID-19 deaths” be differentiated as dying either “with COVID-19” and directly “of COVID-19”? Is this an important distinction? If so, how could we differentiate the two?

8. If our public policy is guided entirely by this data, do you agree that the data must justify mandated lockdowns, quarantines, mandatory mask-wearing, social distancing, and restrictions? Do you believe, given what we know now, the data justified the lockdowns? How can we keep this confusion from happening again, in the event of a second wave?