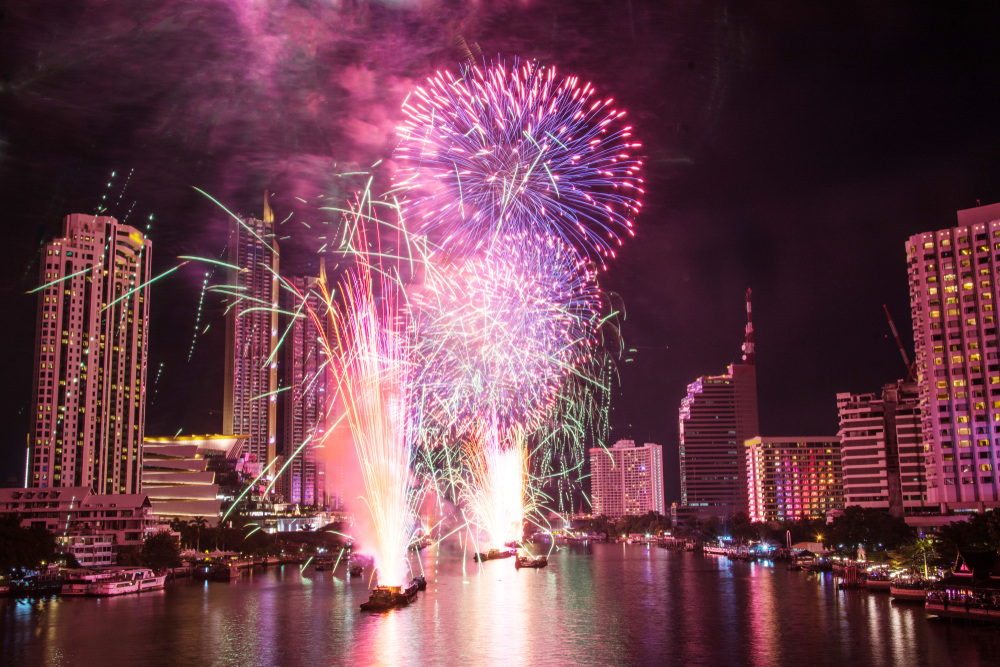 Jud Anglin was ringing in the New Year in Bangkok, Thailand with his family.

The city was one big party.

The sky was exploding with fireworks. Folks were dancing and drinking in the street.

Well, Jud was pretty sure he was going to die.

Jud knew he shouldn’t drink the tap water. This wasn’t his first time in the “land of smiles.” But during a momentary lapse in judgment, Jud forgot where he was, filled himself a nice tall glass of muddy water, and gulped it on down.

Within minutes, he knew something was wrong. His stomach churned and he started vomiting.

He was vomiting so much, he was at serious risk of dehydration. His family made a quick judgement call and decided to take him straight to the hospital.

Jud had his reservations but he was in no condition to put up a fight.

“My head was pounding at the thought of it. But as we pulled up to the building… I thought our driver had taken a wrong turn.”

The building looked more like a five-star resort than a hospital.

An attendant opened the door, helped Jud into a wheelchair, and rolled him into a spacious lobby.

“It was like nothing I’d ever seen in the U.S.,” says Jud. “There were large palm trees in the enclosed atrium. Beautiful, modern leather seats in the waiting area. There was even a full-service Starbucks barista.”

But, as Jud tells it, the best part was the wait.

“Five minutes. Can you believe that?”

A distinguished-looking Thai doctor welcomed Jud with a warm smile. And after a few brief questions in perfect English, he was wheeled to a private room where he was put on an IV pump to replenish his fluids.

“The room looked like a VIP suite,” says Jud. “I kicked back on a soft, white, leather sectional sofa watching the Discovery Channel on a flat-screen plasma TV.”

Four hours later, Jud was feeling whole again. The doctor strolled into his room, prescribed some medication for nausea and discharged him. But what happened next shocked him to the core.

As he was checking out, the cashier said, “That will be 480 Thai baht please.”

That was the moment when Jud realized just how bad the U.S. health care system had become.

Health care can be affordable. But it’s been so warped by our corrupt and broken system, that we don’t even realize how severe the problem is.

Since then, Jud has dedicated his life to studying the U.S. health care system and rooting out the secrets to affordable healthcare.

(Ed note: Jud will be discussing everything he’s learned in his new podcast, Healthcare Secrets Podcast, coming soon to your podcast feed.)

But if you think our health care system is bad now… wait until you see the crisis on the horizon. Jud reveals all the sordid details in today’s issue of Money & Crisis.

Before you read on, Jud’s collected all of his best-kept secrets in his new book, the Big Book of Health Care Secrets.

It has over 132 simple, little-known healthcare industry secrets and loopholes to save thousands of dollars on hospital stays, doctors, and surgical procedures…

Up to 80% discounts on insurance premiums, prescription drugs, lab work, MRIs and CT exams… no matter your age, insurance, or income level.

The Perfect Storm Smashes into the Broken System

I shouldn’t need to tell you just how broken our health care system is.

Anybody who’s been forced to use this system will tell you it’s a total mess. But the truth is your average American doesn’t realize just how rotten the industry has become.

In an advanced post-industrial economy like ours, your personal health care program should have all of the following elements:

Does this describe your current health care arrangement?

I would be shocked if it does. Especially when it comes to the final bullet point.

Rampant overpricing is the biggest problem facing the American health care system today. The average family is paying between $13,000–18,000 per year — just on monthly insurance plans in the private market.

Meanwhile, deductibles (the amount you have to pay out of pocket before your insurance kicks in) have increased to over $3,000 for the average family.

And that’s just the average! Some families face deductibles as high as $13,200.

With a population of 325 million, we currently spend $3.4 trillion on health care every year. That represents 17% of our GDP. And estimates indicate that costs will continue to rise unabated.

According to a recent report from the Centers for Medicare and Medicaid Services (CMS), “The growth in U.S. health care prices is projected to outpace economy-wide inflation for the first time since 2010.”

Their projections indicate a 5.3% increase in overall health spending by the end of 2018. The total cost will hit approximately $3.7 trillion.

And that’s pocket change compared to what’s coming next.

It will be a health care crisis unlike anything we’ve ever seen before in this country. And it’s going to drive everyone’s costs sky high.

Right now, about 10,000 boomers retire each and every day, adding to the nation’s swelling retired population.

The Medicare board of trustees recently announced that “the hospital insurance ‘trust fund’ will be insolvent by 2026, three years sooner than they predicted last year.”

According to Fidelity, “Retired 65-year-old couples can expect to pay $275,000 in out-of-pocket expenses for health care, excluding long-term nursing care and rehabilitation — but only have 50% chance of covering these costs.”

These numbers are troubling, but this is just the tip of the iceberg.

As Medicare starts to collapse under its own weight, we’re also facing a severe doctor shortage.

Combined with the rapidly rising numbers of boomers being shifted into Medicaid and Medicare… this is the perfect storm for a catastrophic health care crisis within the next decade.

Clearly, these issues need to be addressed and solved ASAP. But the problem can’t be solved by the current system.

What we need is a total reform of the U.S. health care system.

In the past century, the health care system has become completely corporatized… and it’s sent costs spinning out of control.

Today, the so-called “health care system” doesn’t represent you and your fellow Americans. It represents the interests of hospitals, insurance companies, pharmaceuticals and medical device companies.

And these corporate goliaths are only interested in one thing: raking in cash for their shareholders.

Every single individual needs health care at certain points in their lives. With a population of 325 million, there’s a ton of dough to be made.

And the government handed all the financial levers to corporations.

You see, when President Johnson enacted Medicare for seniors and Medicaid for individuals with low income, he opened the floodgates of our tax dollars.

And since then the government has…

Bottom line: The U.S. health care system is a big gravy train to all the providers and their shareholders. And these industry bosses are in no mood to change their wildly successful business model.

And if you think that our government is going to step in and tweak their profit models to benefit your financial position, think again.

Over the past 20 years, the pharmaceutical and health products industry has far outpaced all other industries in lobbying spending at $3.5 billion, according to Investopedia.

And any real attempts at reform have failed miserably.

Government “Reform” Is a Joke

The Affordable Care Act, aka Obamacare, was promoted by the Democrats as the solution to runaway health care costs. It would provide access to care for all.

In 2009, President Obama announced that his “signature” health plan would allow you to “keep your doctor [and] keep your plan. And [it will] only cost American families $2,500 per year.”

From start to finish, it was an unmitigated disaster.

As I mentioned earlier, deductibles are out of control. They’ve increased to over $3,000 for the average family.

Fast-forward to 2017 when President Trump arrived on the scene.

Besides his promise to “build the wall,” he also aimed to “repeal and replace” Obamacare.

A man of his word, President Trump jumped right into health care reform from the get-go. The Republican-controlled House and Senate crafted the American Health Care Act (AHCA).

The plan aimed to repeal the Affordable Care Act, which meant that the individual and employee mandates would be removed. In other words, there would be no penalty for not purchasing insurance with the “minimum essential” benefits.

The replacement part of the AHCA was more challenging, however.

Adjusting the multiple components of health care reform — such as Medicaid, Medicare, pre-existing conditions, children remaining on parents’ plans until the age of 26 — was like playing a giant game of Jenga.

Remove one wrong brick and you risk bringing the whole structure crumbling down. In the end, the Republican-controlled Senate couldn’t even come together to pass the AHCA. Since late 2017, “repeal and replace” was aptly renamed “repeal and delay.”

The truth is our national health care system is like a massive 12 million-ton runaway train that is careening out of control.

The brakes are not working, and the speed is increasing rapidly. The entire federal government cannot stop it. Large corporate bosses boosting profits and shareholder value won’t stop it.

It will crash in the near future and will be incredibly destructive to our national economy. Many individuals will suffer as a result.

P.S. Sick of the skyrocketing cost in health care? Here’s one book you can’t afford to miss… 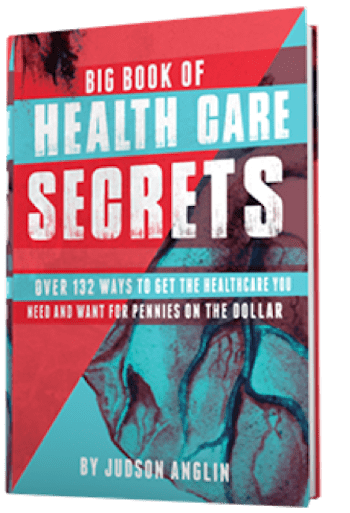